Why is mental health an important issue?
HG: Mental disorders are common and cause considerable distress and disability. They affect peoples’ mood, thinking, and behavior, including how they perform in school and work and how they interact with others. People carry such impairments and limitations with them wherever they go in the community. But people who experience a mental disorder should not be defined by their impairments and limitations. They have strengths and weaknesses like the rest of us. People with mental disorders are our neighbors, family members, classmates, and co-workers. Treatment is effective; recovery is possible, even expected. What did the MacArthur Research Network on Mental Health Policy set out to do? What did we learn from it?
HG: The commitment of the network was to use evidence from policy research to shape policy relating to mental health services in various parts of the community and its institutions. Other mental health research networks proposed large studies to address major issues in mental health, such as the role of violence in mental health or the appropriate use of coercion in enforcing services. In contrast, our network conducted pilot studies in multiple areas to seed larger projects to expand reach into policy areas that no one else was exploring. Support from the Foundation permitted us to develop “proof-of-concept” evidence, giving other funders confidence to fund these larger projects which had been incubated in our network. Some examples include studying the implementation of evidence-based practices to uncover ways to bring effective services sooner to people who needed treatment and developing new ways to determine if services were cost effective. We also explored new techniques for tracking people with mental disorders in various service sectors and the criminal justice system. And we studied the impact of new managed care techniques on expanding insurance coverage of mental health treatments, advancing a policy of “parity” in coverage. 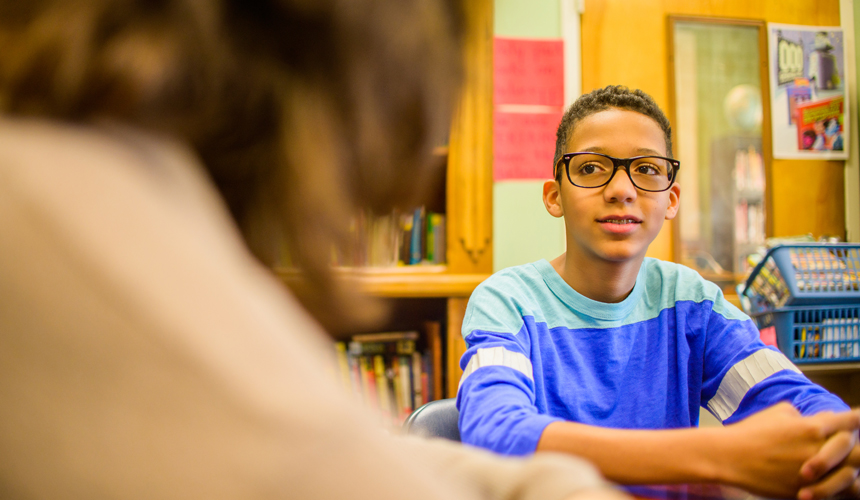 How has America’s understanding of mental health changed over the past two decades?
HG: Through a series of surveys conducted over the decades since the middle of the 20th century and with MacArthur support, we have learned that public understanding of mental illness has become more medical and more scientific. People increasingly distinguish between a severe illness such as schizophrenia or depression and more common emotional problems, and they are more likely to see mental illnesses as diseases and less likely to attribute mental illness to personal failings. That change in understanding in recent decades has not been associated with a marked decline in negative attitudes concerning social distance from individuals with a range of mental disorders and emotional problems. People still express aversion to having people with the active symptoms of mental illness as neighbors, co-workers, or family members. These negative attitudes attenuate when people can see that treatments are effective and that people recover from mental illnesses and become asymptomatic. The public still associates mental illness with violence far beyond what the evidence suggests. The public is willing to spend more for improvements in mental health services when they are presented with evidence that the service system is underfunded and dysfunctional.

How did this research impact mental health policy?
HG: Since the release of the mental health report of the Surgeon General in 1999, there has been an increasing recognition of an array of effective treatments for most mental disorders, including the addictions. These scientific advances accompany a commitment to implementing evidence-based treatments and services. That is difficult, however, because of limited resources and policy barriers. There have been some important advances in policy in recent decades.

The 1999 Olmstead decision of the Supreme Court found that individuals with a mental disorder have the right to be treated in the community while living in regular (“normalized” or “mainstream”) community residential settings rather than in institutions. The decision has been extended to apply to a right to mainstream employment, as well. In each instance, the case recognizes a right to mainstream supported housing and supported employment rather than sheltered and segregated housing and work.

Beginning in the 1970s, States began to pass legislation to improve the health insurance coverage for treating mental disorders, redressing a problem of inadequate and discriminatory insurance policies. The ultimate goal was to establish health insurance “parity” for the coverage of mental disorders. In 1996, the U.S. Congress passed the first of several parity laws, holding that all plans subject to federal regulation should not have separate annual and lifetime limits on coverage for mental disorders. Support for parity grew after a study demonstrating that parity for federal employees in their health insurance plans reduced out-of-pocket costs with no increase in total spending attributable to the parity policy. In 2008 the Congress passed two laws, one directing Medicare to slowly implement parity for its beneficiaries and another comprehensive parity law, the Mental Health Parity and Addictions Equity Act, that required parity coverage within a wide group of health insurance plans. Further, when the Patient Protection and Affordable Care Act was passed by Congress in 2010, it extended mental health and addictions parity to almost all health plans in the U.S., and it recognized mental health and addictions treatments as “essential health services.” Even some threats to PPACA since 2010 have recognized the importance of protections against pre-existing conditions, such as mental disorders, and the importance of retaining addictions coverage in the face of the opioid epidemic.

Psychological well-being is critical to an individual’s successful development, central to his or her ability to function in the community, and, by extension, of value and significance to society. From 1979 to 2014, MacArthur invested $305 million to improve access to treatment and promote equity in mental health care. MacArthur-supported research informed public policy and influenced work across other fields of our grantmaking, including justice reform, education, and housing. In addition to the Research Network on Mental Health Policy Research, the Foundation also supported the following interdisciplinary research networks that contributed significantly to improvements in mental health care policy:

Research Network on Mental Health & the Law (1988-1997) developed new knowledge about the relationships between mental health and the law and turned that understanding into improved tools and criteria for evaluating individuals and making decisions that affect their lives.

Initiative on Depression & Primary Care (1995-2006) enhanced the quality of care and outcomes for patients with depressive disorders who are seen in primary care practices.

Research Network on Mandated Community Treatment (2000-2010) created a scientifically sound evidence base for developing effective policy and practice on whether, and how, to require certain people with mental disorders to adhere to treatment in the community.

Research Network on Youth Mental Health Care (2001-2012) identified scientifically validated mental health treatments for children and adolescents, making them practical for use in clinical settings, and developing strategies to encourage and facilitate their implementation —bringing appropriate, effective, and efficient care to young people with mental illness.