Good afternoon, I am Jonathan Fanton, President of the MacArthur Foundation. I am pleased to welcome you to the Foundation and to congratulate you for the innovative proposals you have made to preserve affordable housing in your states, counties and cities.

In 2003, the Foundation launched Window of Opportunity as a ten year, $50 million dollar initiative to demonstrate that preserving and improving affordable rental housing is a smart and cost-effective strategy. Just five months ago, we hosted a dinner in a magnificent hall at Union Station in Washington DC to celebrate real progress toward that goal. That night, I announced that the Foundation was expanding its investment in Window of Opportunity to $150 million dollars.

Why triple our investment? As I will explain in a moment, our increased confidence in this work is based on the strength of our partners, the concrete demonstration of their ability to acquire and preserve affordable housing stock at scale, and now, most important, the promise of changes in practice and policy that will make preservation at a very high volume, across the country, possible. While we recognize the importance of federal policy, we know that real progress also depends on the state and local level where fresh ideas and creative practices often originate. That belief is what brings us together.

As we watch the foreclosure crisis grip the country, we are reaffirmed in our decision to concentrate on affordable rental housing preservation. We said at the start, and now it is painfully clear, that ownership is not for everyone, not a sign of moral value. Rental housing is honorable and essential for almost all of us at some time in our lives. It is an important element in a balanced national housing policy.

So as the foreclosure crisis approaches its peak, affordable rental housing preservation is more important than ever. Our new initiative to help Chicago neighborhoods through this crisis focuses on foreclosure prevention on the front end, but also on getting foreclosed homes back into productive use quickly, for resale of course, but much of it for rent or rent-to-own.

Our choice of affordable rental housing preservation and our new foreclosure initiative tell you two things about MacArthur. We often go against the grain of prevailing orthodoxy and we can move quickly where there is urgent need.

We have also been blessed with a growing endowment, 6.5 billion as we speak, which allows our philanthropy to grow to over 300 million next year, including program related investments.

The public knows us best for the Fellows program — the so-called “genius” grants — and our support for public radio and television. But these are a small share of our annual grantmaking.

We make grants in 60 countries from our headquarters in Chicago and offices in Nigeria, Russia, Mexico, and India, and soon China. We work to defend human rights, advance global conservation and security, make cities better places, and understand how technology is affecting children and society.

About a quarter of our domestic grantmaking supports research, including studies that build the evidence base about policies that work. Based on our early investments in visionary leaders and large-scale housing nonprofits, we saw that investing in existing affordable rental housing is a cost-effective strategy that helps to stabilize the lives of low-income families and revitalize communities. But to reach our goal to preserve one million affordable rental homes in a single decade, we would have to take this work to a larger scale and focus on policy.

Of course, challenges abound. Two million households are projected to join the ranks of renters by 2020, even as the supply of low-cost rental homes continues to fall. To meet this growing demand, we must help unleash widespread and systematic policy reforms that make preserving affordable rental housing much easier, faster and less costly to do. Only then will the successful demonstrations of the last five years deliver on their true potential: preservation at a meaningful scale—a scale that ultimately makes it possible for new construction to add to the overall inventory of affordable housing.

The federal picture has been grim for housing. Subsidized housing’s share of federal spending declined 80 percent in the past 30 years. Between 2001 and 2006, federal discretionary spending rose 31 percent but HUD’s budget increased only one-half of one percent.

But the news has not been all bad. Increasingly, we see state and local leaders breaking new ground, implementing innovative policies, testing new ways to create livable, vibrant communities. Forty-six states have made it easier for preservation projects to compete for available funds. As a result, over 63,000 at-risk rentals were preserved during 2006 alone. The National Housing Trust estimates this is a five-fold increase compared to just five years ago.

MacArthur has learned about this ingenuity and commitment firsthand. New York City used $8 million of its own resources to spur the creation of a $200-million Acquisition Fund. We invested $5 million in program-related investments in the Fund. To date, ten different developments have received financing through the Acquisition Fund, totaling $58 million in loans, and representing 1,302 affordable homes.

In Chicago, we have committed more than $15 million in grants and program-related investments to The Preservation Compact, a comprehensive initiative. It includes many of the approaches that you have proposed—acquisition funds, a data clearinghouse, and others—with the aim of preserving 75,000 affordable rental homes in Cook County and bringing the loss to zero by 2020.

But good preservation policy takes more than just money. In New York and Chicago, city officials have advocated for change at the Federal level, resulting in a better approach to turning around HUD properties in foreclosure. This afternoon you will hear from members of The Preservation Compact about an innovative approach to identifying at-risk properties. Through an inter-agency coordinating council, they also have taken steps to identify 100 properties with 14,000 affordable units as targets for preservation and have asked tenant rights advocates to focus on these same properties.

The Preservation Compact and other local initiatives remind us that states and localities will likely remain the most powerful engines for change and innovation, even as the federal policy environment may well improve. So, the centerpiece of our expanded commitment to Window of Opportunity is a new Award for State and Local Housing Preservation Leaders. Later this year, we will make awards to ten of you in this room, but today we want to celebrate all of your work. You are a truly impressive group—all of you have demonstrated leadership through commitment and innovation.

We hope your conversations will spark the spread of new ideas. And whatever the outcome of these awards, we hope you all will be part of an informal network of best practices and sensible policies. In fact, the Foundation will ensure that all of you, final awardees and others, will have access to valuable technical assistance through a resource bank with expertise in the development of acquisition funds, systems for collecting and managing preservation data, and the intricacies of laws and regulations governing federally-subsidized housing.

Through these new awards, we have four goals:

In short, we want you to help us drive a national agenda for change that touches every part of our country—cities, suburbs, small rural towns—an agenda that directly preserves at least 300,000 homes and alters the policy landscape to make preservation of one million affordable rental homes in a decade not a noble aspiration but an accomplished reality.

This charge resonates deeply with the nature of America at its best. I am an American historian and one of my favorite periods of history is the Progressive Era, a time of great reform during the early twentieth century. It was during this era that Justice Louis Brandeis described states as laboratories of democracy – venues for testing new ideas and creating model policies. Following the arc of American history, I see a new era of reform on the horizon. States and cities once again will be the sources of policy innovation, pushing and prodding our federal government to do more, and engaging the private market in responsive, responsible, and realistic ways.

One of my favorite presidents, Harry Truman, challenged Congress to strengthen our nation’s commitment to affordable housing. He said: “A decent standard of housing for all is one of the irreducible obligations of modern civilization. The people of the United States, so far ahead in wealth and productive capacity, deserve to be the best housed people in the world.”

Four years later, the Housing Act of 1949 made this our nation’s policy when it declared that every American deserved “a decent home and a suitable housing environment.”

The time has come to fulfill that commitment. The window of opportunity is open because of the powerful national demonstration that affordable rental housing can be preserved, because of the research that is beginning to show how housing matters for health, education, jobs, community vitality, and because of the promise of innovative policies and practices so well articulated in your proposals.

The window is open to you—state and local leaders who not only spend federal resources wisely, but continually seek ways to be constructive, strategic, and reliable partners to owners, investors, tenants and advocates working to preserve affordable rental homes for the future.

Real progress often comes in our history at times of great challenge. The public attention is riveted on housing; policy makers know they must act and are open to evidence of what works; and the private sector has been humbled and is in need of partnerships with smart governments and non-profit organizations.

Taken together the 21 jurisdictions represented in the room have fresh ideas, a wealth of wisdom, and a determination to change policy. Working together, I believe that can come close to realizing Harry Truman’s vision.

We look forward to working with you. 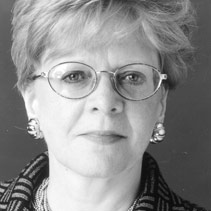 Remarks by Julia Stasch at Launch of Bipartisan Policy Center Housing Commission
Foundation President Robert Gallucci Addresses the City Club of Chicago
Remarks by Jonathan Fanton at the Community Renewal Society’s 35 Under 35 Leadership Awards
More news on How Housing Matters
View More About How Housing Matters
Stay Informed
Sign up for periodic news updates and event invitations.
Facebook Twitter LinkedIn Instagram Youtube Medium
Connect with us on social media or view all of our social media content in one place.