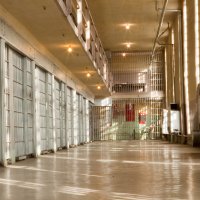 After a highly competitive selection process that drew applications from nearly 200 jurisdictions in 45 states and territories, MacArthur today announced it is awarding 20 jurisdictions $150,000 grants and expert counsel to create plans that will lead to fairer, more effective local justice systems. The grants are a part of the Safety and Justice Challenge, the Foundation’s $75 million initiative to reduce over-incarceration by changing the way America thinks about and uses jails. From this group, 10 jurisdictions will be selected in 2016 to receive a second round of funding – between $500,000 and $2 million annually, depending on the size of the jurisdiction – to implement their plans for reform.

The 20 jurisdictions range from large cities including New York City, Los Angeles, Chicago, Philadelphia, and Houston to small localities like Mesa County, CO, and Pennington County, SD, as well as the State of Connecticut. Together, the selected jurisdictions represent 11% of the nation’s jails capacity. Therefore, the initiative has the opportunity to impact a large proportion of today’s jails population, as well as pioneer evidence-based alternatives to incarceration that other jurisdictions can successfully adopt and implement. View the full list of 20 recipients ›

Each of the sites selected has demonstrated the motivation, collaboration, and commitment needed to make real change in their local justice systems

“Nearly 200 diverse jurisdictions responded to our challenge, reflecting nationwide interest in reducing over-incarceration,” said Julia Stasch, President of the MacArthur Foundation. “Each of the sites selected has demonstrated the motivation, collaboration, and commitment needed to make real change in their local justice systems. The aim is that local efforts will model effective and safe alternatives to the incarceration status quo for the rest of the country.”

Despite growing national attention to the large number of Americans confined in state and federal prisons, significantly less attention has been paid to local justice systems, where the criminal justice system primarily operates and where over-incarceration begins. Jail populations have more than tripled since the 1980s, as have cumulative expenditures related to building and running them. According to recent research from the Vera Institute of Justice, nearly 75 percent of the population of both sentenced offenders and pretrial detainees are in jail for nonviolent offenses such as traffic, property, drug, or public order violations. Further, low-income individuals and communities of color disproportionately experience the negative consequences of incarceration.

MacArthur created the Safety and Justice Challenge competition to support jurisdictions across the country seeking to build more just and effective local justice systems that improve public safety, save taxpayer money, and yield more fair outcomes. In light of the large-scale response received to the Challenge competition and in an effort to build a broad network of jurisdictions that are engaged in local justice reform, the Foundation plans to create new opportunities – open to jurisdictions across the country – for funding to support training, technical assistance, and promising local innovations that seek to reduce the misuse and overuse of jails.

As part of the initiative, the Vera Institute of Justice recently released a new report, The Price of Jails: Measuring the Taxpayer Cost of Local Incarceration, showing that hidden costs make jails far more expensive than previously understood. The report finds that because other government agencies bear significant costs not reflected in jail budgets, taxpayers are spending more to incarcerate people than official statistics show.

Several of the nation's leading criminal justice organizations will provide technical assistance and counsel to the 20 jurisdictions as they prepare their comprehensive plans for local reform: the Center for Court Innovation, the Institute for State and Local Governance at the City University of New York, the Justice Management Institute, Justice System Partners, the Pretrial Justice Institute, and the Vera Institute of Justice.

In alphabetical order, the 20 jurisdictions are:

The MacArthur Foundation has been active in promoting justice reform for more than 20 years. Through its Models for Change juvenile justice reform initiative, the Foundation supported reform in more than 35 states in an effort to create a more rational, fair, effective, and developmentally appropriate juvenile justice system. MacArthur also supported seminal research on the effects of modern neuroscience on criminal law and has a rich history in international justice, including helping to establish the International Criminal Court. During the exploration of a strategy for criminal justice reform, the Foundation supported the National Academies of Sciences 2014 report The Growth of Incarceration in the United States.