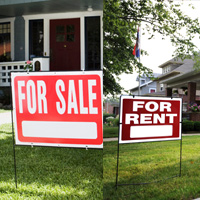 After decades of equating homeownership with the American Dream, post-housing crisis realism about the risks and rewards of owning a home have led to greater support for rental housing and a more balanced approach in national housing policy, according to a new survey of housing attitudes released today.

The How Housing Matters Survey, a new national survey conducted by Hart Research Associates and commissioned by the MacArthur Foundation, found while financial markets, as well as homebuilding and home sales data, may suggest the prolonged housing crisis is over, the American public is not ready to agree, with nearly 8 in 10 (77%) believing we are still in the middle of the crisis, or that the worst is yet to come. When it comes to remedying the housing crisis, two-thirds of adults (65%) now believe the focus of national housing policy should be split fairly equally between rental and ownership, as opposed to promoting one over the other. Three in five adults (61%) now believe that renters can be just as successful as owners in achieving the American Dream.

Hart Research Associates conducted telephone interviews of 1,433 adults between February 27 and March 10. Highlights of the survey include:

Even as there are signs of life emerging in the real estate and housing sector, the American public is not quite ready to declare the housing crisis over, with 58% believing we are “still in the middle of it,” and an additional 19% believing “the worst is yet to come.” Among the percentage that believes “the worst is yet to come,” renters (25%) are slightly more pessimistic than owners (16%). There is remarkable uniformity in the belief that it is premature to celebrate the end of the housing crisis across all regions, income groups, races, and political affiliations.

There remains a strong desire among Americans to own their own home – in fact, more than 7 in 10 renters aspire to own one day.

However, the overall appeal of renting versus owning is changing. 57% of adults believe that “buying has become less appealing,” and by nearly the same percentage (54%), a majority believes that “renting has become more appealing” than it was before.

With families and communities still reeling from the boom-and-bust cycle of the past decade, the public is recognizing that owning is not the only acceptable option, and the sense that renting is somehow undesirable appears to be fading. In fact, nearly half of current owners (45%) can see themselves renting at some point in the future.

After decades of equating home ownership with the American Dream, in the aftermath of the housing crisis, 3 in 5 adults (61%) believe that “renters can be just as successful as owners at achieving the American Dream.” This sentiment is broadly felt, among owners (59%) as well as renters (67%), and across all regions of the country.

Among both owners and renters, housing stability leads to a variety of positive benefits for communities. Roughly 7 in 10 believe that government policies “ensuring that more people have decent, stable housing that they can afford” leads to a “major positive impact” on

The opposite impact is identified for families living in “a challenging and unstable housing situation.” Two-thirds or more of all respondents believe such a condition would lead to a “major negative impact” on:

In contrast to the partisanship that permeates political discussion in Washington today, the public has a balanced and realistic view about national housing policy. After having been provided with information about U.S. housing policy and demographic and lifestyle changes, more than 3 in 5 self-identified Democrats (69%), Republicans (62%), and Independents (65%) believe the “focus of our housing policy should be fairly equally split on rental housing and housing for people to own.” This balanced approach toward government policies supporting both rental housing and homeownership shows similar support among all races, ages, regions, and income levels.

“America is going through a transformational period in which the old forms and systems are changing, and the unconventional is becoming more conventional and even fashionable. A prime example of this can be seen through changing perspectives on housing. While the desire to own a home remains a bedrock principle in American life, this survey demonstrates that the American public’s views about housing are changing, in part due to the hangover from the housing crisis, but importantly, also because of changes in our lifestyles. The dynamic is no longer simply ‘renting versus owning’ – perspectives are more complex, and people are viewing housing in a more holistic way,” said Peter D. Hart of Hart Research Associates. “Many of the positive attributes that have long been associated with homeownership are fading, and on the flip side of the coin, it is remarkable that nearly half of all homeowners can picture themselves one day becoming a renter.”

“It is stunning,” Hart said, “to see how Americans are beginning to favor a new balance that serves both the homeownership and rental markets. The emergence of this more balanced view that government support for rental housing and homeownership should be equalized is both surprising and significant. The How Housing Matters survey underscores that it’s no longer renters versus owners, the haves versus the have-nots, or the young versus the old. There is a new and real acceptance of a more balanced approach to housing policy that puts renting and owning on a more equal footing.”

“The How Housing Matters national survey shows us that whether one owns or rents, the American public understands the benefits of decent, stable housing in people’s lives – and the consequences for individuals and communities when that stability is lost through events like foreclosure, eviction, increasing costs or unemployment,” said Julia M. Stasch, Vice President of U.S. Programs at the John D. and Catherine T. MacArthur Foundation. “We are pleased to support and release this important national survey, as it complements the Foundation’s efforts to address the nation’s housing challenges through empirical research and organizations focused on improving housing opportunities for all Americans.”

The MacArthur Foundation’s How Housing Matters research initiative seeks to explore whether, and if so how, having a decent, stable, affordable home leads to strong families and vibrant communities. Research is showing that stable, quality housing has value beyond the provision of shelter; it improves school performance, diminishes health problems for children and adults, and decreases psychological stress. Since launching the initiative in 2008, the Foundation has funded 36 empirical studies exploring if and how housing leads to improved outcomes in child well-being, physical and mental health, education and economic opportunity.