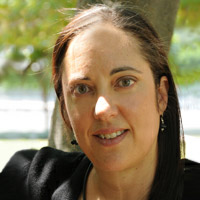 Julie T. Katzman, Executive Vice President of the Inter-American Development Bank, and Harvard Law School Dean Martha Minow have been elected to serve on the MacArthur Foundation Board of Directors. Katzman spent the first 20 years of her career in investment banking and private equity before shifting her focus to fighting poverty, while Minow is an expert on human rights and advocacy for disadvantaged populations. Katzman will join the Board in June and Minow will do so in September.
“I am pleased to welcome Julie and Martha to the MacArthur Board,” said Robert Denham, Board Chairman and an attorney with the law firm of Munger, Tolles & Olsen. “Julie has tremendous experience as both an executive and a development leader with strong expertise in poverty issues.  Martha has often given voice to the voiceless and understands deeply international human rights issues. Both share the Foundation’s values and a commitment to MacArthur’s mission to build a more just, verdant and peaceful world.”
A member of the Harvard Law School’s faculty since 1981, Minow has lectured on a wide range of subjects, including civil procedure, nonprofits, and international criminal justice. An advocate for racial and religious minorities, women, children, and persons with disabilities, she also writes and teaches on privatization, military justice, and ethnic conflict. She served on the Independent International Commission for Kosovo and helped promote peaceful development in post-conflict societies with the UN High Commissioner for Refugees. In 2009, President Obama named her to the board of the Legal Services Corporation, which provides legal assistance to low-income Americans. 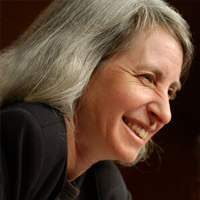 “Martha is a lawyer in the truest sense – an effective advocate who understands that protecting human rights and promoting international justice should be everyone’s cause,” said MacArthur President Robert Gallucci. “Julie’s broad knowledge of finance issues, sustainable development challenges, and the critical needs of the globe’s poorest people will provide a valuable perspective to the Board and ensure our grantmaking continues to be impactful.”
Since 2010, as its chief operating officer, Katzman has overseen the Inter-American Development Bank’s efforts to help Latin American and Caribbean countries reduce poverty and inequality by financing sustainable development in the region. Previously, she served as General Manager of the Multilateral Investment Fund, which provides grants that support private sector-led development benefiting the poor. Earlier in her career, Katzman was a founder of Violy, Byorum & Partners, an investment bank focused on Latin America and a managing director at Lehman Brothers.

MacArthur’s Board sets policies and strategic direction for the Foundation, approves grantmaking areas, initiatives and grants, and oversees investments and the audit process through the work of its committees. Katzman and Minow join 13 other members of the Foundation’s Board of Directors.