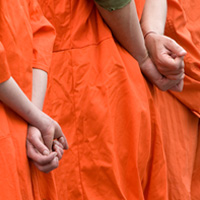 MacArthur today announced nearly $25 million in support for ambitious plans to create fairer, more effective local justice systems across the country. The Foundation is awarding 11 jurisdictions grants between $1.5M and $3.5M over two years to reduce their jail populations and address racial and ethnic disparities in their justice systems. An additional nine jurisdictions will be given $150,000 grants to continue their reform work and to participate in a growing, collaborative network of cities, counties, and states driving local justice reform.

The grants are part of the Safety and Justice Challenge, a national initiative supported by the Foundation with an initial $75 million to reduce over-incarceration by changing the way America thinks about and uses jails. The Challenge is establishing a network of jurisdictions to model and inspire effective local criminal justice reforms across the country. Last May, MacArthur chose 20 jurisdictions for initial grants and expert counsel to develop plans for reform after a highly competitive selection process that drew applications from nearly 200 jurisdictions in 45 states and territories. All 20 of these Safety and Justice Challenge Network jurisdictions will be eligible for further funding. Depending on continued commitment and significant progress, sites receiving implementation awards will be eligible for additional funding after the initial two years. The remaining jurisdictions are encouraged to sustain their momentum for reform and will be considered for implementation support in 2017.

"The way we misuse and over-use jails in this country takes an enormous toll on our social fabric and undermines the credibility of government action, with particularly dire consequences for communities of color," said MacArthur President Julia Stasch. "The thoughtful plans and demonstrable political will give us confidence that these jurisdictions will show that change is possible in even the most intractable justice-related challenges in cities, counties, and states across the country."

The 11 jurisdictions receiving funding to implement their plans are representative of jails and local justice systems across the country. They range from large cities like Philadelphia and New York City to smaller and mid-sized localities like Pima County, Arizona, and Spokane County, Washington. This diversity of sizes, geographies, demographics, and challenges will produce a variety of innovations and models for reform that communities across the United States can adopt.

In their work, each of the 11 jurisdictions will focus on safely driving down jail usage and reducing racial and ethnic disparities through projects, programs, and reforms that will vary based on local contexts. Many will launch initiatives to address the disproportionate consequences of local justice systems for people too poor to post bail or who struggle with mental health or substance abuse issues. The jurisdictions’ plans employ an expansive array of local solutions, such as alternatives to arrest and incarceration, implicit bias training for law enforcement and other system actors, and community-based treatment programs. Each of the jurisdictions will place an emphasis on community engagement and collaboration with local law enforcement, corrections officials, prosecutors, defenders, judges, and other stakeholders in their work to drive reform.

Eleven jurisdictions will receive grants between $1.5 million and $3.5 million and access to expert technical assistance to implement their plans for reform over two years:

Nine jurisdictions will receive $150,000 grants and access to expert technical assistance in 2016 to continue their local reform work and participate actively in the Safety and Justice Challenge Network:

In fall 2016, the Foundation will support the Urban Institute to launch an Innovation Fund to support new and promising reform initiatives in other jurisdictions across the country, with an initial outreach to the jurisdictions that originally responded to the Foundation’s request for proposals.

Despite growing national attention to the large number of Americans confined in state and federal prisons, significantly less attention has been paid to the local level, where the criminal justice system primarily operates and where over-incarceration begins. Jail populations have more than tripled since the 1980s, as have the cumulative costs of building and running them. Nationwide misuse of jails most harshly impacts low-income communities and communities of color. For example, while African Americans and Latinos make up 30 percent of Americans, they make up 51 percent of the U.S. jail population. Today, one in three Americans believes his or her local justice system is unfair, according to a poll conducted by Zogby Analytics and supported by the Foundation. MacArthur launched the Safety and Justice Challenge in February 2015 to address these issues by creating fairer, more effective local justice systems and spurring national demand for reform.

The Safety and Justice Challenge builds on the MacArthur Foundation’s more than 20 years promoting justice reform. We supported seminal research that has influenced four Supreme Court decisions about juveniles in contact with the law. Through the Models for Change juvenile justice reform initiative, we supported reform in more than 35 states in an effort to create a more rational, fair, effective, and developmentally appropriate juvenile justice system. We also have made possible critical research on the implications of modern neuroscience for criminal law and the Foundation has a rich history in international justice, including supporting efforts to establish the International Criminal Court. During the exploration of a strategy for criminal justice reform, the Foundation supported the National Academies of Sciences 2014 report The Growth of Incarceration in the United States.