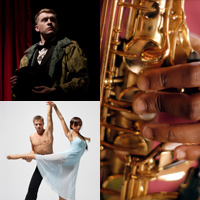 The International Connections Fund was initiated in 2008 to provide an opportunity for arts organizations to undertake new partnerships and creative endeavors. The program began at a time when there were few resources available for cultural organizations to undertake new projects beyond their basic programs. Since that time, the Foundation has made 84 grants for exchanges, bringing new work to Chicago audiences and raising Chicago's artistic profile around the world.

“Cross-cultural learning and sharing of artistic experiences can bring fresh perspectives to the creative organizations involved, and help inform, engage, and entertain diverse audiences in Chicago and around the world,” said MacArthur President Robert Gallucci.

MacArthur awards more than $8 million annually to more than 300 arts and culture groups in Chicago and the region as an expression of its civic commitment to its headquarters city and the home of its founders, John D. and Catherine T. MacArthur.