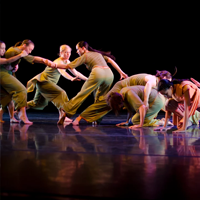 “The annual International Connections Fund enables some of Chicago’s diverse and vibrant arts groups to innovate and reach new global audiences,” said MacArthur President Julia Stasch. “Many of these artistic partnerships also engage Chicago youth, connecting them to other cultures and expanding their horizons.”

Chicago Film Archives – $50,000 to create cultural hybrid works of media through an exchange of archival footage with a film archive in Italy and the commissioning of two artists from each country to produce an original silent video piece with footage from the partner country, scored by local musicians, and screened and discussed in each country.

Chicago Philharmonic Society – $50,000 for an exchange with Poland to share works from living classical composers, connect with Polish musicians and students, and deepen knowledge about Polish music and culture, culminating in a Chicago-Poland Musical Festival in Chicago in 2018.

Chicago West Community Music Center – $50,000 for an exchange with Shanghai, China to teach Chinese musicians about music from Chicago and for Chicago musicians to learn about the traditional music of Shanghai that can be shared through music lessons to youth from low-income families.

Deeply Rooted Productions – $50,000 for a contemporary dance exchange with South Africa and Bulgaria to create new work inspired by South African healing rituals called “indumba” and to share the work with American and Bulgarian artists and audiences.

DuSable Museum of African American History – $50,000 for an exchange with the Jewish Historical Museum in Holland to showcase a play that highlights the lives of Anne Frank and Emmett Till and the common challenge of injustice.

Facets Multimedia – $50,000 for a film exchange that pairs young women in Chicago and Lahore, Pakistan, to create a collection of films reflective of their cultures.

Fulcrum Point New Music Project – $35,000 for a music exchange with Mexico to explore how composers and musicians can use technology to alter music and engage audiences.

Hyde Park Jazz Festival – $35,000 for a music exchange with Mali to collaborate and premiere new music that interweaves the sounds of Chicago modern jazz with the traditional griot music of Mali.

Museum of Contemporary Art – $50,000 for an artistic exchange with Mexico City to bring together interdisciplinary artists to devise a performance and related works that draw on the cultural and social conditions of Mexicans and Mexican-Americans in Chicago.

Mordine & Company Dance Theatre – $50,000 for a dance and cultural exchange with Delhi, India, that will allow three choreographers to share the styles and techniques of each, offer dance workshops, and create new work.

National Museum of Mexican Art – $50,000 for a visual arts exchange with Havana, Cuba, to allow artists from each city to take part in a two-week, reciprocal residential exchange, highlighting the similarities and differences of Latino artists from both cultures.

Northwestern Settlement – $25,000 for an artistic exchange with the National Theatre of Scotland, which has commissioned the Settlement’s Adventure Stage Chicago theatre program to create new work on the theme of “home” to be performed in Scotland and in Chicago for students in Chicago Public Schools.

Red Clay Dance Company – $40,000 for an exchange with a contemporary dance company in Kampala, Uganda, to collaborate on teaching, town hall discussions, and new work that will be performed in each country.

The Seldoms – $50,000 to collaborate with visual artists in Scotland to explore and translate the compositional process of visual art and dance, and lay the groundwork for a new multimedia performance piece.

MacArthur’s International Connections Fund was initiated in 2008 to enable Chicago arts organizations to launch new partnerships and creative projects with cultural organizations in other countries. Since then, the Foundation has awarded more than 100 such grants totaling $4.8 million.

International Connections Fund grants are limited to Chicago-area nonprofit arts and culture organizations that have received a grant within the last three years from MacArthur or through the MacArthur Funds established at the Richard H. Driehaus Foundation and the Prince Charitable Trusts.

Overall, MacArthur is providing more than $11 million in funding this year to more than 300 Chicago arts and culture groups, mostly in general operating support.

For more than 35 years, the Foundation has been committed to the city, its people, and its diverse neighborhoods, investing $1.1 billion in over 1,300 organizations and individuals across the metropolitan region – more than in any other place around the world.