Two Years Since George Floyd: The Challenge of Sustaining Momentum for Reform
May 25, 2022 | Perspectives | Criminal Justice
Share On Social

Leaders working on efforts to address racial disparities in the criminal justice system and the overuse of jails reflect on the second anniversary of George Floyd’s murder.

Minneapolis Police Officer Derek Chauvin murdered George Floyd two years ago today, on May 25, 2020. People protested racial injustice in the criminal justice system across the country and beyond, and as a result, some cities and counties pledged to make significant changes to law enforcement.

But in recent conversations with people involved with the MacArthur Foundation’s Safety and Justice Challenge (SJC), many reflected on how not enough has changed in the last two years and how the landscape for criminal justice reforms is now becoming more challenging. And yet, they also pointed to areas of progress. 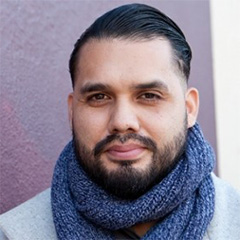 Jose Bernal, an organizer with the Ella Baker Center in Oakland, California, was the SJC representative on San Francisco’s Reentry Council, where he was part of the movement that successfully worked for the closure of a seismically unfit jail facility in 2020. Bernal said the COVID-19 pandemic, coupled with Floyd’s death, brought about a reckoning that helped close the jail. San Francisco’s Board of Supervisors had been talking about closing it since 1996, but the events of 2020 helped influence some supervisors to finally support the closure.

“We should still be having the conversation about reinvesting that money into the community, but it’s not what you see in the headlines.”

But since 2021, there has been a shift in how some people view reforms, Bernal said.

“In an ideal world, we want to believe that our elected officials are moved by data and facts. And, you know, there are a few that are,” Bernal said. “But right now, there is this very dangerous narrative moving us back towards the 1990s’ ‘tough on crime’ approach.”

Some people believe that we “don’t have enough police, law enforcement is under-resourced, and crime is out of control,” Bernal said. “And it’s a false narrative. The facts don’t substantiate it. Crime is actually at historic lows.”

“We should still be having the conversation about reinvesting that money into the community, but it’s not what you see in the headlines,” Bernal concluded.

Keith Smalls: Joining the Movement to Create a Better System 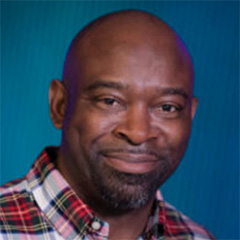 Keith Smalls is a community representative and Co-Vice Chair of the Charleston County Criminal Justice Coordinating Council. He said the influx of new people into the movement for criminal justice reform following Mr. Floyd’s murder was welcomed. But the passion did not always help change policy, and in some cases, it provoked a backlash.

“We get to a safer society by treating and rehabilitating people.”

Smalls also reflected on how the criminal justice system continues to fail people, and how people who have experienced incarceration can help address these continuing problems. He recently delivered a Ted Talk in Charleston about the misnomer of calling it the “corrections” system. In the talk, he said his own experience in the criminal justice system helped him understand that it is not designed to rehabilitate.

“The system has never been designed for ‘correction,’” Smalls said. “The only people who can really show that to people at the decision-making table are people who have experienced incarceration.”

“Eighty-five percent of the people who go to prison come home. So, we should talk about what we’re making inside these systems. We get to a safer society by treating and rehabilitating people,” Smalls said. 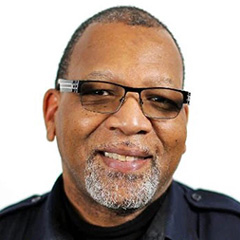 The city council in Portland, Oregon—located in Multnomah County which is participating in the SJC—voted in 2020 to shrink the Police Bureau, but some advocates think accountability is still needed. Portland’s former Assistant Police Chief Kevin Modica believes there is more work ahead but that is optimistic.

“I’m a lifelong reformist, and I do believe things will get better.”

“There have been some administrative rule changes and there is legislation moving now towards more accountability, but without a new movement for public safety reform, we’re still going to be living in the status quo. That’s going to show up in police interactions with Black boys and Black men on the street,” Modica said. “We’ve not done enough to engender a culture change. But I’m a lifelong reformist, and I do believe things will get better.” 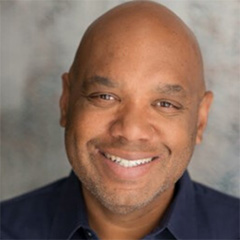 Derrick Dawson is a National Organizer with Crossroads Antiracism Organizing and Training in Chicago. He is serving as a technical assistance provider to the SJC’s racial equity cohort in Cook County.

“The more folks that we can get to think about these issues systemically and institutionally, now, perhaps the next generation will have less of a slog than we have.”

“Unfortunately, once George Floyd was murdered, everybody wanted a quick fix for systemic racism,” he said. “And quick fixes don’t work for systemic racism. In fact, every time we try to initiate one, we do more harm than good. It supports White supremacy. Because when quick fixes do not work, we're allowed to say, ‘well, we tried that and it didn't work, so why should we try?’ And that serves to reinforce the continuation of White supremacy, because now we have an excuse not to try anything new or different.”

Instead, Dawson said, it is important to strike the balance between starting somewhere and recognizing that there is a long way to go.

“In our work with the Cook County SJC team, for example, we’ve been very clear with everybody that this is a two-year project, and we have no delusions about solving the problem of systemic racism in two years. But we also recognize that we must start somewhere,” he said.

“There has been a growing understanding of the issues around systemic and institutional racism. The more folks that we can get to think about these issues systemically and institutionally, now, perhaps the next generation will have less of a slog than we have. Cook County and other systems are recognizing that we need to engage in the long-term work, otherwise we will be in the same place 20 or 30 years from now, as we are today.”