Technology for Fair Elections in Nigeria
May 26, 2021 | Perspectives | On Nigeria, Technology in the Public Interest
Share On Social 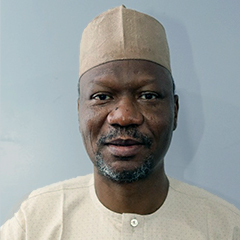 Increasingly, the use of technology has become an important, if not indispensable, tool towards improving the governance landscape in Nigeria. Technology enables residents to connect directly with government and enhances the delivery of essential services. Technology also has the potential to advance transparency, accountability, and democratic principles, giving voice to the people.

Globally, civil society organizations are using different tools and technologies—adapted for the local context—to advocate and campaign for change, make data-driven decisions, and track and monitor the impact of their work. 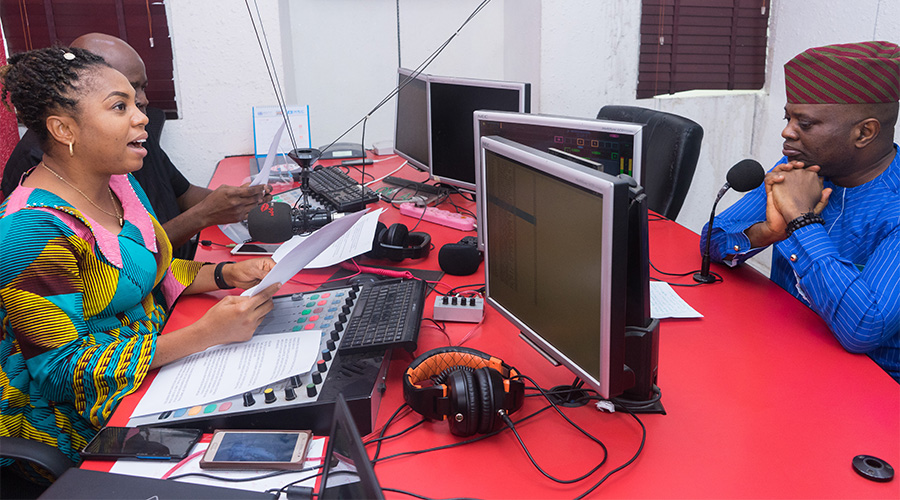 To reduce corruption and enhance the fairness of elections, a key strategy of our On Nigeria program is Joinbodi, meaning solidarity or working together. The goal of Joinbodi is to work in a cohort model, sharing information to promote civic participation and collective action around anti-corruption and greater accountability in issues that matter to communities in Nigeria.

We sowed the seeds for these collaborative efforts over the last 10 years. Looking back, I am proud to say that the credibility of elections has been enhanced. Lives have been saved. We also had a little fun and experienced some scary moments.

Our journey began with baby steps in June 2009 when we supported the Berkman Klein Center for Internet & Society at Harvard University to organize a meeting on information and communications technology, or “ICT for Development”, in Abuja. Participants included MacArthur grantees of the Population and Reproductive Health program, the Higher Education Initiative, and the Human Rights program.

Following the lead of the grantees, we began to focus more attention on the use of technology in the electoral process.

Despite the broad range of possibilities to leverage technology to improve their work, most grantees focused on the imminent recent elections. No doubt, the shambolic experience of the previous elections and the potential for technology to make a difference in the upcoming elections was exciting. Following the lead of the grantees, we began to focus more attention on the use of technology in the electoral process.

In 2009, Georgia Tech University was awarded a grant to lead the development and deployment of a social media aggregator for citizen election observers, Aggie. Shehu Musa Yar’Adua Foundation managed the platform with backstopping from Georgia Tech. Observers used the platform to mine social media posts for election incidents which were flagged and escalated to the relevant authorities. The grant also supported the Independent National Electoral Commission (INEC) to significantly improve its transparency and voter engagement through social media channels. 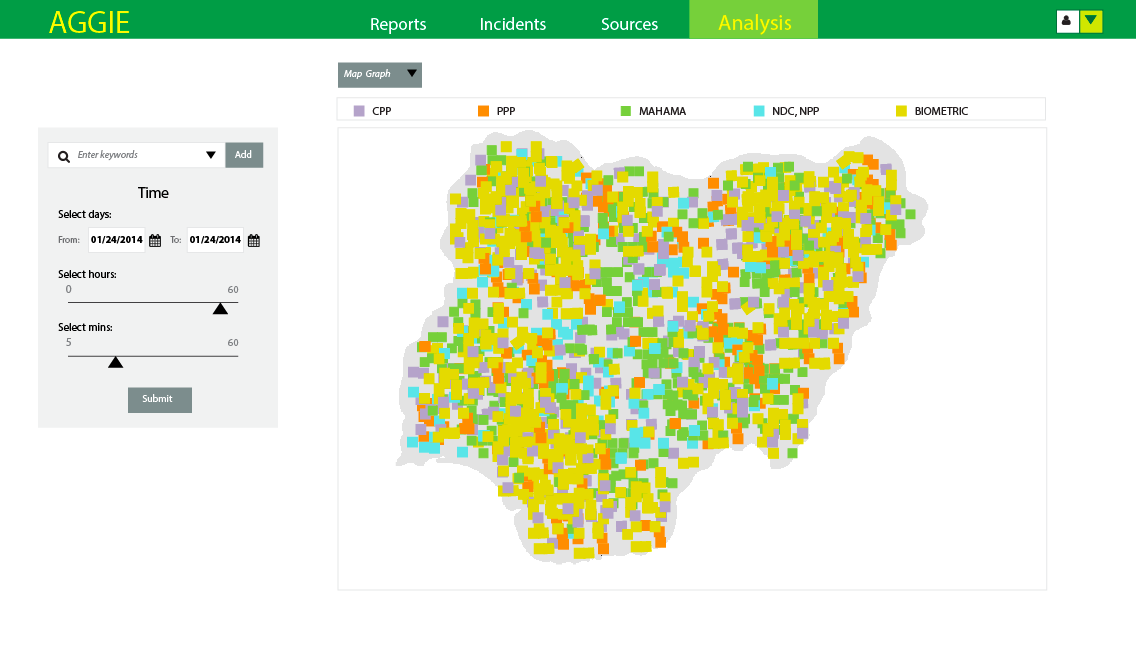 Aggie 2.0 was tested out for the Ekiti State Elections in Nigeria.

Observers used the platform to mine social media posts for election incidents which were flagged and escalated to the relevant authorities.

The 2011 general elections precipitated some of the worst post-election violence in Nigeria. Approximately 1,000 people died, 80 percent of whom lived in Kaduna State. The number of casualties could have been significantly higher if not for the timely intervention of security agencies. One such intervention was prompted by the Aggie team: Several young, female students of the Nuhu Bamalli Polytechnic in Zaria, Kaduna State were saved when news of the attack on their hostel was escalated to the Office of the National Security Advisor (ONSA) who immediately deployed a rescue team.

Support for Georgia Tech’s work has continued to bear fruit through its relationship with the Carter Center, which deploys Aggie for social media monitoring in elections in Ghana, Ethiopia, and Myanmar, among other places.

In preparation for the 2015 elections, we built on the previous work. Our grant to the Yar’Adua Foundation enabled it to upgrade Aggie to Content Aggregation System for Elections, which allowed it to retrieve more than 2.6 million micro reports from social media and over 11,000 formal reports from registered observers. Additional highlights include:

In the midst of this crucial work, we had some fun too. American media scholar Ethan Zuckerman’s masterful drumming was the highlight of the evening on more than one occasion during his visits to Nigeria. We also have fond memories of sharing barbecued fish and a Star beer with Dr. Michael Best of Georgia Tech at the famous Abacha Barracks market.

The number of casualties could have been significantly higher if not for the timely intervention of security agencies.

We also had frightening moments. A second convening by the Berkman Center in 2010 featured presentations to development partners on the use of technology in elections. After the convening, we took a road trip to my village. We decided to visit the border of Niger Republic, only three kilometers away. Yet, we ended up traveling for more than 10 kilometers because there was no physical border or signposts to guide us. Although Americans traveling in another country without visas could have triggered a serious international episode, we thankfully made it back to safe territory without incident.

Those convenings created a community of practice of civil society organizations and development partners locally in Nigeria and around the world. Grantees including Kudirat Institute for Nigerian Democracy, the Centre for Democracy and Development, Enough Is Enough, and Community Life Project contributed to sowing the seeds for the use of technology to improve governance in Nigeria.

Our work continues to bear fruit. Some perhaps bitter. But certainly, opportunities exist for even bigger harvests in the future.