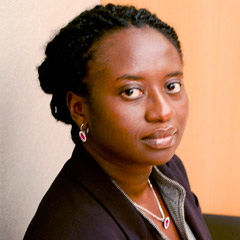 Across Africa, there is an exciting regional dynamic that is affirming transitional justice processes shaped by local leaders and communities and rooted in shared experiences and contextual realities.

Over the last three decades, several transitional justice initiatives sought to address mass atrocities in Africa. But these transitional justice processes were largely led by international partners from outside the African continent, and the interventions typically had little bearing to realities on the ground and often failed to sufficiently address the underlying systemic and structural causes and enablers of mass human-rights violations. In addition, these initiatives have overwhelmingly focused on offering narrow, prosecutorial justice with only minimal resources directly addressing the needs of victims and communities.

Today, the concept of transitional justice continues to gain significant momentum within Africa and is taking on a character that emerges from the African experience and aspirations for justice articulated in African voices. These efforts are predicated on the urgent need to tackle impunity and horrific violations of human rights; build and rebuild trust in public institutions; reconstruct social fabric; promote coexistence; and facilitate peace and reconciliation at the continental, regional, national, and community levels. Transitional justice has potential to meet these needs. It requires prioritizing victims and marginalized people in the justice process, to hold perpetrators accountable, and rebuild trust in communities and institutions.

African civil society organizations, regional bodies, and national government institutions are advancing in skill, content knowledge, and expertise in this field. Coalitions and networks have been established to work on transitional justice concerns, and a robust, active movement that is engaged in national and regional debates has emerged. This movement is implementing actions, generating knowledge, and seeking answers to some of the local transitional justice challenges that they are well-positioned to handle.

In response to this momentum, we partnered with another U.S.-based private foundation to support the African Union’s efforts through the Center for the Study of Violence and Reconciliation to develop a first-of-its-kind policy: the African Union Transitional Justice Policy. This Policy provides guidance to African states emerging from conflict in their pursuit of accountability, sustainable peace, justice, and reconciliation. Rather than burdening member states with new obligations or supplanting their national efforts in the implementation of transitional justice processes, the Policy is a stand-alone document that seeks to complement such initiatives and emphasizes the need for African institutions and organizations to take the lead in its implementation.

The Policy is informed by experiences of African countries and encompasses elements absent from early understandings of transitional justice, such as prioritizing and including considerations of holistic reparations and incorporating traditional and communal forms of reconciliation. It addresses state responsibility, accountability, and redress as inseparable principles. These links depart from the norms of retributive justice that dominate transitional justice approaches from the West.

Specifically, the Policy articulates a set of common concepts and principles as a road map for developing and strengthening peace agreements and transitional justice institutions and initiatives in Africa; consolidates peace, reconciliation, and justice processes in Africa to prevent impunity; prescribes methods to end repressive rule and conflicts, and to nurture sustainable peace with development, social justice, human rights, democratic rule, and good governance; and establishes African Union benchmarks for assessing compliance in efforts to combat impunity on the continent.

On April 25, 2019 the Policy was formally launched during the African Commission on Human and People’s Rights Ordinary Session in Sharm El Sheikh in Egypt. It is noteworthy that several countries such as the Gambia and Mali have already applied the Policy to inform the drafting of their national transitional justice policies. For instance, the Gambia used the Policy to draft its Truth, Reconciliation, and Reparations Act, which passed in December 2017, and established its Truth, Justice, and Reconciliation Council in March 2018.

To support implementation of transitional justice efforts such as the African Union Transitional Justice Policy, MacArthur and another U.S.-based private foundation established the Africa Transitional Justice Legacy Fund through the Institute for Democratic Governance, a nonprofit organization based in Accra, Ghana. The Fund will seize a window of opportunity to secure gains made through our grantmaking and help implement enduring transitional justice mechanisms in Africa.

The Fund will begin by focusing on West Africa, specifically, Guinea, Ivory Coast, Liberia, Mali, northern Nigeria, Sierra Leone, and the Gambia. These countries share contexts of unaddressed justice issues related to recent and current atrocities with credible opportunities for locally defined comprehensive justice that includes economic reparations. We hope the Fund will address a lack of donor support and increase the civil society capacity for effective transitional justice efforts.