MacArthur Staff and President John Palfrey write on the concept of accountability and the role of allies in challenging systems of oppression and racial inequity in the United States.

White people have an essential role to play in dismantling the systems of oppression and racial inequity in the United States. To be effective allies to our colleagues of color, most white people, myself included, have a lot of homework to do to understand and grapple with our white privilege and our role and complicity in upholding these inequitable systems.

We invited white staff members to come together in an affinity group last week to do some of this homework together. After this group discussion, facilitated by experts at Perception Institute, we invited several participants to reflect in writing on the concept of accountability and our role as allies to our friends and colleagues of color. Their personal reflections follow.

MacArthur Foundation’s CFO Ken Jones recently challenged colleagues with four powerful words “be stakeholders not placeholders” in this fight for racial justice. He was asking us to do more than sit in our feelings of white guilt and helplessness; to be more than well-meaning people, who work for a good institution, within a system that is inherently flawed.

Those words resonated with me in a profound way. As a white woman who has spent her career helping to build a more just and peaceful world, I am now called on to meaningfully examine my own actions and inaction—my own miseducation. I recognize, that in order to be in solidarity with my colleagues, who bear so much of the burden in this fight, I must push harder, learn more, listen deeply, and break through my feelings of shame and helplessness. I know that “I am not like Amy Cooper,” but “not being like her” is simply not enough to truly be in solidarity with those fighting to dismantle systemic racism. In that regard, I see myself and this institution as two sides of the same coin: it is simply not enough for us to “do good deeds.”

Instead, we must do the hard work. As allies, individually and as an institution, we must not shy away from uncomfortable reflection and difficult conversations. Our friends, colleagues, and loved ones cannot afford for our fear, helplessness, and shame to trap us in a quagmire of inaction any longer. I am finding my place as a stakeholder and working alongside my colleagues to “significantly contribute to the kind of world in which we all aspire to live,” as my colleague Yvonne Darkwa-Poku wrote.

White allies want to be part of reimagining our possibilities, but for us to do so, we must do the work to be a stakeholder first.

In response to public displays of execution and persistent oppression of black people, nationwide resistance and protest erupt with a grave pandemic in the background. This is the backdrop of 1919 during The Red Summer. From Eugene Williams (who was killed for drifting into the white swimming section in a Lake Michigan beach) to George Floyd (who was killed with a police officer’s knee on his neck), the prevalence of systemic racial injustice remains intact. As a non-black ally, these tragic deaths serve as reminders of the failings of our still-segregated society. These disparities are everyday life for communities of color, further highlighted by the fact they are being hit hardest by COVID-19.

It is an exceptional time to work for a foundation like MacArthur, with our staff pivoting without question to the importance and gravity of these events. Observing the diversity of participants in the protests, I see hope in a cultural shift toward more widespread understanding. Getting involved in local politics as well as engaging voters is only the beginning. Non-black allies must demand change alongside black communities, and they must not stop. Without our pre-COVID distractions in place, maybe we will stay focused on this critical issue. Too many lives depend on it. Quarantined at home in Mexico City, I had been watching with consternation the chaotic expansion of the coronavirus in the U.S. and its unequal impact on black and Latinx communities, when the dangerous cocktail of racism and police brutality exploded once again. The names Breonna Taylor, George Floyd, and Amy Cooper raced across borderless social media; many others preceded them. In the coming days, people around the world organized protests on the streets and at U.S. embassies.

Though in Mexico people are familiar with and speak out against the particular brand of racism that takes place in the U.S., there is also unrecognized racism in Mexico against Indigenous peoples, black people, people of Asian descent, and migrants. Classism exacerbates it. The other common denominator is police brutality; Mexican human rights organizations that MacArthur supports have been documenting and speaking out against torture for decades. And while COVID-19 has shown us just how connected the world is, it is thanks to the global impact of the U.S. antiracist, anti-police brutality movement that conversations here have deepened and that Mexico learned–a month late–of the May 4 murder of construction worker Giovanni Lopez by police in Jalisco—picked up for not wearing a mask.

As cities reopen, there is so much talk about the “new normal.” I still do not know what that means, and I have a hard time envisioning life without the proximity of people. But I do know that this new normal must include antiracist actions around the world and by people of all colors, in particular white people with privilege. As for philanthropy, just as it turned a swift response to COVID-19 and developing a vaccine, it has a role too in developing a vaccine for this centuries-old contagion, an illness spawned from a different kind of inhumanity, an illness that should never have been allowed to emerge, much less to get to this stage. From a conversation with family:

But then you say, “but I personally am not part of the problem. I’m a good person.” This does not make you exempt. Maybe you did not do harm, but did you do good? You have to acknowledge that there is a societal problem. You may be a caring, morally upstanding individual personally. But we cannot fix society unless individuals also speak up when they see injustices outside of their own personal circle. That is what the Black Lives Matter movement is about. 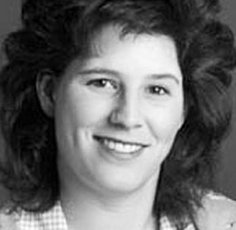 When I see tough things happen, I do not jump in—I observe, I grapple, I reflect, and sometimes, maybe, I change. But now I am compelled to admit my ignorance of history out loud and realize its contribution to today. I am compelled to show vulnerability because it has been shown to me by the bravest of my colleagues, friends, and others—their souls and sadness laid bare—and it has broken my heart.

I have been guilty of neutrality, seeing both sides of things, so I do not have to act against anyone. This is complicity. While I have not been an active enemy, it also means I have not been an active ally. I have been guilty of categorizing what makes us different instead of recognizing what makes us the same, and have come to realize there are only two descriptions for people that should exist—those who act like humans (uplift, support, care, and love others) and those who do not (tear down, manipulate, harm, and hate others). There is no in between. I do not get to stand safely in the middle anymore. I have redefined the world I want to see moving forward and who it is made up of. For those humans in my life, I am sorry I have let you down by not lifting you up. I have only now recognized the power I have always had. I promise to do better by you.