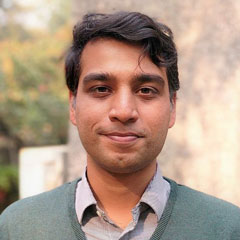 Aditya Valiathan Pillai of Centre for Policy Research discusses with India Development Review’s Smarinita Shetty and Shreya Adhikari why state governments are crucial climate actors and how empowering them can help advance climate action in India.

Aditya Valiathan Pillai is an associate fellow with the Initiative for Climate, Energy and Environment at the Centre for Policy Research (CPR). His work focuses on building systems for climate adaptation in India across multiple areas of vulnerability. This involves research on the politics of climate impacts, state capacity, India’s federal structure, and national frameworks for adaptation.

In this interview with IDR, Aditya speaks about how climate action in India plays out within existing governance structures. He draws attention to the gaps between the central and state governments, and how increasing capacity, tweaking existing policies, and introducing financial incentives can motivate states to advance climate action in India.

What is the role being played by state governments when it comes to climate action in India?

India’s ability to deal with climate change hinges, in large part, on how quickly and efficiently states and other subnational governments are able to respond. While there is an understandable focus on the national government’s actions, policy implementation will inevitably vary considerably among the states, posing a major challenge to both the national effort towards cleaner energy sources and our attempts at adapting to climate impacts. Significantly, several key areas of adaptation, such as water management and agriculture, fall under the purview of the state government, which means they will play an essential role in ensuring human security and economic stability in the long run.

There are differences between states when it comes to their approach to climate action. For some states such as Gujarat, Karnataka, and Maharashtra, renewables have been useful in ensuring locally controlled electricity supply for their large economies. They have also served as a calling card on global forums and in capital markets, and allowed them to demonstrate a capacity for forward-looking governance. Gujarat and Maharashtra are also making progress on the adaptation front (including with new challenges like heat) and in building new institutions for climate governance such as a climate company in Tamil Nadu and a climate council in Maharashtra. As a result, they are often considered to be leading the charge.

While these richer states already have one foot in the climate race, other states with limited access to resources will take time to catch up. For example, some mountain states have small tax bases and relatively little fiscal room for experimentation when it comes to climate action, partly driven by geography. They also lack local specialists to think through a policy response, all while being enormously exposed to a changing climate.

Despite this unevenness, it is worth keeping in mind that there is a significant degree of similarity across the states in both the challenges they face and the ways in which they can be supported.

What are some of these common issues across states?

State governments across the country have limited capacity to respond to the climate crisis adequately. There is a popular misconception about India being a ‘bloated’ state. However, if we look at the way state governments function today, it is often the case that a single bureaucrat is handed responsibility for multiple portfolios, particularly in environmental departments. Additionally, states are already tasked to deal with pressing 20th-century challenges in sanitation, health, and water supply that are perhaps incorrectly seen as separate from climate action within the logic of the bureaucracy.

This issue of limited capacity is visible in how the state action plans on climate change (SAPCCs) come into play. In India, because climate policy tends to operate top down, the central government asks the states to create SAPCCs. However, the states are already burdened with implementing various central and state-level schemes around entitlements, health, education, water, etc. Due to capacity deficits and a lack of popular pressure for climate action, these SAPCCs then primarily become checkbox exercises. And, crucially, because of this, not enough work is being done to integrate climate into existing policies and schemes.

Even if states were inclined to focus on climate action, they are justifiably hesitant in putting aside additional capital for climate solutions given the current economic downturn. This is because there is legitimate doubt at the moment about whether high-investment climate policy frameworks are even feasible in the current fiscal situation, especially since the onset of COVID-19. Economic growth rates are a cause for concern, many states are experiencing high inflation, and there are serious issues with revenue sharing between the Central Government and states.

One solution to the funding conundrum is to tap into international funding avenues such as the green climate fund. However, this again ties back to the lack of capacity in state governments because, in most cases, the level of capacity to write these proposals and build systems for implementation does not exist. 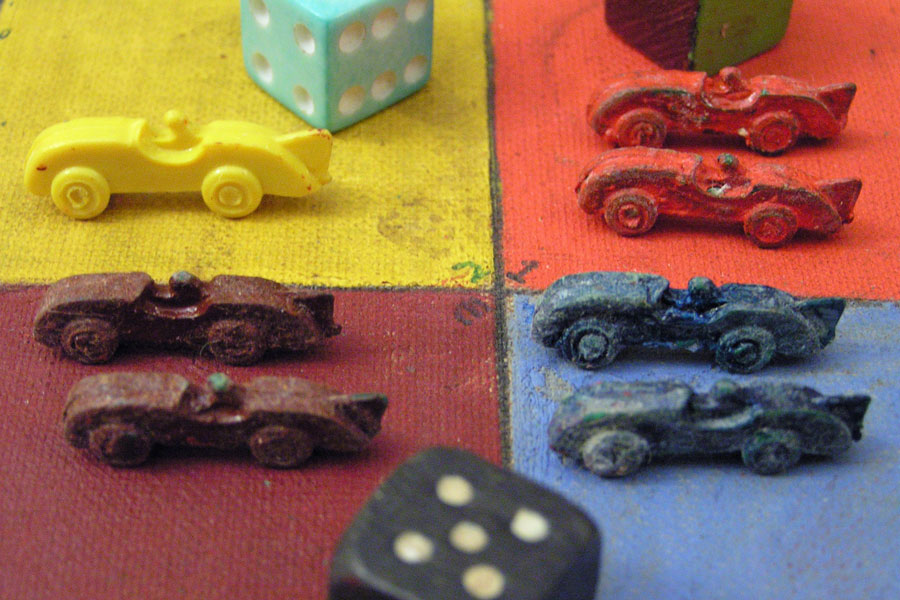 There are differences between states when it comes to their approach to climate action. Picture courtesy: John Keogh

What are some possible solutions that can help state governments respond better to the climate emergency?

Each state will have to work out how to orient existing policies and institutions towards climate policy, since the pathways are highly context-specific. However, because the issues outlined here are common to many states, concerted efforts in a few solution areas could be beneficial.

Firstly, it is crucial to develop capacity in all state governments. However, the focus needs to be on building capacity across government departments rather than just one ministry. One solution for this could be to designate a nodal officer in relevant departments to ensure that it is not just one ministry driving the climate agenda and that a climate lens is being applied to every program.

Each state will have to work out how to orient existing policies and institutions towards climate policy, since the pathways are highly context-specific.

Lateral hiring can be a good way of finding the right people for climate jobs, so existing capacity in civil society and the private sector is tapped into and, over time, the capacity of government colleagues can be built through association.

To address the issue of funding climate action within the state machinery, there are two possible solutions that can be explored. One of them includes applying a green lens to existing policies. India’s fiscal federalism is top-heavy, wherein a significant portion of collected taxes flow to the Centre. This imbalance is addressed through devolution mechanisms that direct money from the Centre to the states, where most of the developmental expenditure occurs. A lot of this happens through centrally sponsored schemes (CSSs).

During India’s 11th five-year plan, for example, CSSs accounted for a full 40 percent of central transfers to the states. The problem with CSSs, however, lies in the fact that the states do not play a major role in designing them. This needs to change so that over time such schemes, especially where climate is concerned, shift towards being locally designed.

Let’s consider the example of an irrigation program that aims at expanding irrigated area by 10 percent over a decade. For the program to tackle long-term climate-driven water scarcity, state governments may need to emphasize micro-irrigation, include demand management components, or maybe facilitate cropping pattern shifts, depending on their local context. In this way, states can tweak the design of existing schemes that have large budgets to integrate climate-first principles and thus navigate the funding bottleneck.

Allocating funding is another quick way of incentivizing states to implement better, greener policies. There are already some examples of this. For instance, the 15th Finance Commission committed to conditional transfers of funds to encourage forest protection. India’s central government transferred an estimated INR 85,526, a significant sum of money, to states in 2020–21 based on their forest cover.

Providing financial incentives can kickstart a virtuous cycle—it can motivate states, allow them to hire specialists and mobilize capacity in civil society, and incrementally increase capacity to tap into further international private and public funding. This then leads to learning, more expertise, and better policies, which then attracts further funding.

What is the role that other stakeholders, namely businesses and civil society, can play when it comes to climate action in India?

From where we stand currently, it is not possible to imagine a climate-ready government without civil society. Because how can we expect the state, with its limited bandwidth, to unpack complex impacts such as coastal erosion, which is the result of four or five natural and social systems interacting in mystifying ways to create widespread damage?

State-civil society linkages are crucial in dealing with localized climate impacts. And while we must focus on equipping state governments, we also need to focus on improving capacity outside the government and within nonprofits, think tanks, and universities because they bring new ideas and implementation skills that the government can tap into. Ideally, we should be thinking about how to build public goods for the state machinery to tap into, such as expert climate modelling and policy groups in state universities and think tanks, or water and sanitation nonprofits with deep field connections.

And while climate capacity is slightly better in metros such as Bangalore and Delhi, it is extremely thin in smaller states when it comes to nonprofits, think tanks, and even universities. This is evident in how most of the large weather and vulnerability modelling projects currently lie with national institutes such as Indian Institutes of Technology or Indian Institutes of Management or large private-sector consultancy firms. Building climate-specific expertise in non-state organizations in India’s Tier-I and II towns is therefore essential. However, this means that civil society must be adequately funded and given a permissive operating environment to do this work.

Corporations too can play a crucial role in the climate action space. Businesses can use their corporate social responsibility (CSR) to fund grassroots organizations dealing with locally identified issues. Since correctly implemented local climate solutions usually come with visible developmental benefits such as improved health and livelihood resilience, these actions will help build goodwill as long as they are not exercises in greenwashing. For example, businesses on India’s coast could work with nonprofits to address this widespread but relatively untouched issue of coastal erosion. In addition to funding direct climate solutions, CSR can adopt a climate lens for the ‘regular’ development programs they fund in areas such as education, livelihoods, and rural development.

The private sector can also play a big role in building awareness. For instance, even a small increase of focus on climate themes in marketing campaigns could provoke a subtle psychological shift in climate perceptions, which might then lead to more attention on climate in the formal political process. Some of this climate tagging is already visible with urban mobility and delivery apps and does help put the issue before people who might not otherwise think about it, even if it is only for a split second when they open the app. If one were to think about the collective marketing budget and reach of India Inc., even a small sliver dedicated to corporate climate virtue signaling might yield useful marginal gains in climate awareness and politics.

This article was originally posted on the India Development Review website as part of a series highlighting a diverse set of solutions, policy research, and technological innovations in India to tackle climate change.