Are Truffles Getting Harder to Find?
September 25, 2018 | Perspectives | MacArthur Fellows
Share On Social

How Technology is Changing the Search for MacArthur Fellows

The search for highly creative individuals who become MacArthur Fellows was once called a "truffle hunt" in recognition of their rarity and the talent required to recognize them. For some, the archetype of a MacArthur Fellow is the brilliant yet unknown artist or the lone-wolf scientist, such as paleontologist Jack Horner who had neither a college degree nor an academic affiliation when named a Fellow. Recently, we have heard frustration that lone-wolf scientists no longer exist or that all the truly creative people are already richly rewarded. Some question whether truffles still exist. Is this nostalgia for the "good ole days" or is it more difficult to uncover the true "surprise" or maverick today than it was 20 years ago?

We have tweaked our selection process to adjust to changes in technology, but the path to becoming a MacArthur Fellow then and now begins with a submission from an invited nominator whose identity remains a secret. Twenty years ago, this was a very small cadre of rotating nominators, but today, with the availability of email, we have a larger and more diverse network across the country. Perhaps these changes have contributed to the increased representation of women among MacArthur Fellows.

Technology has also made it easier to research and follow the work of a potential Fellow at a distance. Although we still conduct in-person reconnaissance, we can frequently watch a nominee's talk or performance on YouTube.

Technology has made it easier to research and follow the work of a potential Fellow at a distance.

The program has always relied on peer reviews, and we continue to consult external experts in the Fellow's field and from adjacent disciplines. Though peer reviews are critical to our assessment of both quality and innovativeness, research has shown that peer reviews can be biased against truly novel ideas. One reason may be the technology-enabled, easy access to bibliometric indicators, such as citation counts, that can also introduce bias and obscure the truly creative researchers in our midst. In a recent article in Research Policy, Wang, Veugelers, and Stephan report that novel papers tend to appear in less frequently cited journals and to have their long-term significance understated by short-term indicators.

Technology has also made it harder to be a lone wolf. The modern scientist in nearly every field uses expensive, sophisticated technologies unavailable to the lone wolf. In the past, both a university-based scholar and an independent scholar had to trek to a library to read a journal article. Now, most university-based scholars have access to nearly every published work through their desktop computers. The Jack Horner of today often needs tools almost exclusively available through large institutions. Although scientists have always worked in teams, the size of those teams is increasing. This phenomenon, called "big science," has, at times, made it difficult to disentangle the individual creativity we seek to identify and support.

To offset these biases against novelty and individual creativity, our selection process avoids overreliance on traditional metrics and supplements peer reviews with reviews from outside the nominee's immediate field of work. A highly interdisciplinary selection committee makes the ultimate recommendation. We mitigate the risk aversion of both reviewers and selectors through anonymity. And we continuously reevaluate our definition of creativity to capture wherever it might appear, from filmmaking to farming to financial services and beyond.

Technology has also made it harder to be a lone wolf.

It might be harder to dig up truffles, but we are still finding them–highly creative individuals largely unknown outside a small community or narrow field of study. Ornithologist M. Philip Kahl, an independent field biologist and a world authority on African storks, was named a Fellow in 1988, as was Pamela Long in 2014, a historian of science and technology without an academic affiliation, who is a specialist in late medieval and Renaissance societies. Our truffle hunters identified Mississippi lawyer, poet, and activist Billie Jean Young in 1984 and John Henneberger, a fair and affordable housing advocate based in Austin, Texas, in 2014. Even individuals working in large, collaborative research groups have been singled out by their peers as exceptionally pioneering, such as quantum astrophysicist Nergis Mavalvala, who was recognized in 2010 for her innovative work in optics that aid in the detection of gravitational radiation.

Not every MacArthur Fellow will be a lone wolf or a starving artist, and many will have already achieved some recognition. With advances in technology, we have adapted the way in which we look for creativity wherever it might be, and we are convinced that truffles still exist. When we announce the newest MacArthur Fellows in early October, our goal will still be to celebrate the depth and breadth of American creativity, to uplift those among us who are truly exceptional, and to remind us all that the power to create is part of our shared humanity. 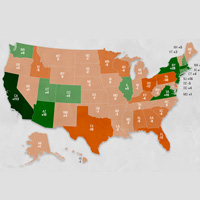