Attorneys in Mexico use contextual analysis to resolve human rights violations and bring justice to victims and families.

When lawyers for relatives of a young man detained by Mexico City Police started examining the case, the attorneys received law enforcement reports focused on a lead about a robbery.

The broader context of what authorities may have been doing—routinely stopping young people to extort money—was nowhere to be found in the police’s work.

Instead, attorneys for 17-year-old Marco Antonio Sanchez pieced together a scenario that shed unfavorable light on the investigation: public security camera footage was not collected. Police cameras had been turned off strategically. And, relevant witnesses, including other police officers, had not been interrogated separately.

“When they looked at the police cameras, they had been months without functioning and had been intentionally shut off,” said Margarita Griesbach, Director of the Office for the Protection of Children’s Rights—Oficina de Defensoria de los Derechos de la Infancia (ODDI). The organization investigates and litigates human rights abuses. “If you broaden the investigation, I am sure what you will find is a lot of police cars working the same way.”

“When they looked at the police cameras, they had been months without functioning and had been intentionally shut off.”

The Sanchez case and others like it are glaring examples of what some criminal justice experts say is a culture of impunity driven by the murky relationship between organized crime and Mexico’s police, military, and government institutions.

Recent justice reform in Mexico is taking on that challenge by introducing a technique called “contextual analysis,” which is particularly relevant for crimes committed by state actors.

The idea is straightforward: the best way to analyze crimes that state actors may be complicit in is to frame individual crimes in the broader context of how they occurred. By looking at the role state structures and institutions played, a clearer picture of impunity for those committing crimes may emerge.

The push for contextual analysis came at a timely moment. The United Nations’ Human Rights Committee (UNHRC) reports that Mexico successfully prosecutes less than five percent of homicides and less than two percent of forced disappearances.

The biggest reason for these low numbers starts with how investigations are conducted. While many probes of serious crimes are never undertaken, organizations researching the problem say investigations that are done often overlook key evidence, fail to maintain crime scenes, and allow long, unexplained time gaps before witnesses are contacted.

The shoddy investigations amount to more than incompetence, Griesbach said.

“The systematic criminal activity that takes place has been very successful in hijacking state institutions.”

“The systematic criminal activity that takes place has been very successful in hijacking state institutions,” she said. “This kind of systemic corruption is more than just public servants committing a crime. It is symbiotic (and) requires the system to work in order for the crimes to be committed.”

Using a broader contextual analysis allows investigators to look at the possibility that other behind-the-scenes players are involved in a crime.

Yet complications stand in the way of police and investigators in Mexico using the approach. 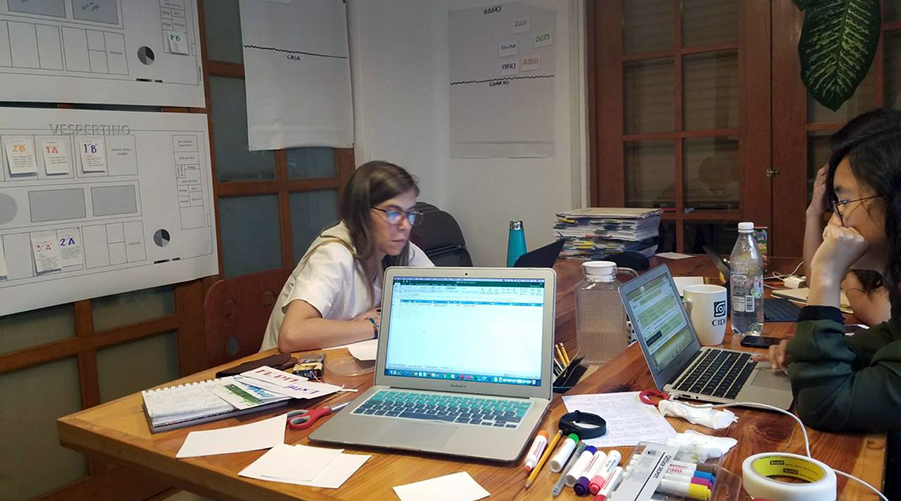 And, although Mexican courts are starting to acknowledge that contextual analysis can help build a case, the same authorities who may be compromised also control access to important information such as statistics on arrests and quotas.

“There are different proposals from civil society from other countries, but there is not a common model for how to do this kind of analysis,” said Mariana Gil, a lawyer from ODDI, who is working on the Sanchez case. “It is very complicated.”

As difficult as it may be to establish contextual analysis, a UNHRC decision in 2019 requiring its use could be a critical turning point.

The decision dates back to an incident in 2010, when several uniformed police officers were seen forcing Christian Téllez Padilla into a police van in Veracruz. He remains missing.

His family worked with Idheas lawyers to take the case to the UN in 2015. The Committee found that the alibi of one officer observed at the scene was never challenged. In addition, several members of the police were later found to be in organized crime groups. UNHRC required Mexico’s government to provide Padilla’s family with “an effective remedy,” including a thorough, rigorous, independent investigation into his disappearance, “taking into account the context identified in the present case of a link between state authorities and organized crime groups.”

Human rights organizations, including Idheas and ODDI, have used cases such as Padilla’s to advocate for contextual analysis.

Human rights defenders also believe that decisions such as the UNHRC’s ruling in the Téllez case provide lawyers with more tools to demand that contextual analysis be part of cases going forward.

“The Téllez decision is a good starting point for us,” Varela said, adding that her organization is using the ruling to argue for the importance of using contextual analysis in other cases.

Sanchez’s case, despite him being found alive six days after his detention, has sparked demonstrations and garnered widespread attention. His attorneys continue to work for justice on his behalf.

They contend that the problem at the center of Sanchez’s detention is police arrest quotas, which drive low-level officers to detain people illegally with the tacit approval of superiors.

It is part of his attorneys’ strategy based in contextual analysis. 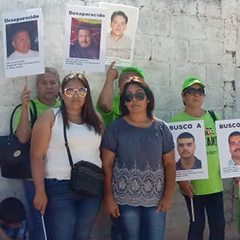