Black in AI started as an email to several people. Now it’s a global movement building pathways for Black people and other underrepresented communities.

The only Black engineer at the startup where she worked, Artificial Intelligence researcher Inioluwa Deborah Raji was shocked by the lack of concern over what she saw as obvious racist patterns in data and technology at the company. She felt marginalized and was considering leaving the field.

Then, while attending a gathering of machine learning scholars in 2017, the Conference on Neural Information Processing Systems (NeurIPS), Raji happened upon a workshop run by an organization called Black in AI.

“It was the first time I had seen people who had succeeded in this field who looked like me,” she recalled. “And I realized that was a possibility for me as well. There were other people who cared about these issues. I felt less crazy.”

Today, Raji is a fellow with the Mozilla Foundation, investigating AI systems for bias and other flaws. She also is working on her PhD in computer science at University of California-Berkeley—one of 13 incoming Black students in a cohort where 8 had participated in Black in AI’s academic program.

“I don’t think I would be in this space if it wasn’t for that intervention,” she said of Black in AI.

Raji’s story exemplifies the organization’s momentum in expanding the presence of Black researchers in AI. What started in 2017 as an email discussion and later a Facebook Group has grown into a global movement of 3,800 members in more than 50 countries. Black in AI works in academics, advocacy, entrepreneurship, financial support, and summer research programs.

Black in AI Director Rediet Abebe, an Assistant Professor of Computer Science at Berkeley and a Junior Fellow at the Harvard Society of Fellows, said those efforts boosted the number of Black students in the incoming computer science cohort. Numerous institutions across the U.S. are reaching out to explore taking the same steps Berkeley did, she said.

The changes also will lead to greater equity in AI research and in what products get built.

Black in AI President Sanmi Koyejo, an Associate Professor of Computer Science at University of Illinois at Urbana-Champaign, said the changes also will lead to greater equity in AI research and in what products get built.

“Having an impact at that part of the pathway will have huge downstream effects,” he said.

Other Black in AI achievements in higher ed include a mentoring program for Black students applying to graduate school. A total of 95 individuals were accepted in the program in the 2019-20 academic year. Nearly 250 applicants received some support. When the mentoring program was established four years ago, five people participated.

Beyond that work, Black in AI piloted two summer research programs in 2021—one for undergraduate internships and an unrestricted initiative for research mentorship, including one specifically geared to empower Black women’s AI research projects.

Black in AI also is launching a program to support Black tech entrepreneurs and match them with investors. 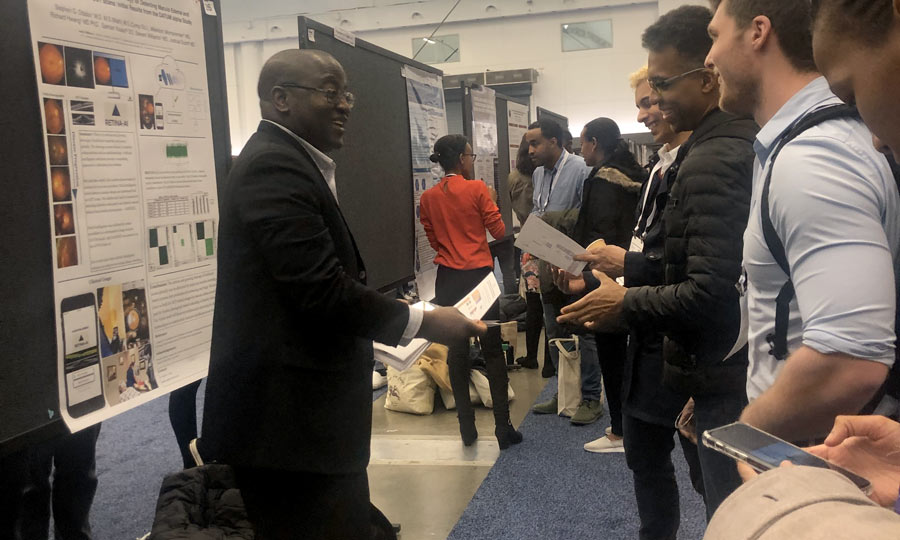 “After the George Floyd murder, voices in the venture capital ecosystem got louder and pushed for change,” said Mohamed Hassan Kane who leads the group’s efforts in that area. “A year later, we have many programs to support Black entrepreneurs.”

Black in AI traces its roots to the 2016 NeurIPS. Timnit Gebru, now a prominent AI researcher, attended the conference that year, scanned the 8,500 attendees, and counted six Black people. Frustrated with the lack of representation, there and at other conferences, she reached out to a small group of Black AI researchers and found they had similar concerns. Gebru, Abebe, Devin Guillory, now a computer science PhD student at UC-Berkeley, and others transformed that small email chain to Black in AI. Dozens of volunteers are vital to the organization’s efforts.

In addition to Black in AI’s direct results, its influence helped inspire the creation of a conference on fairness, accountability, and transparency in algorithmic systems; and another conference to improve equity and access to algorithmic systems for historically disadvantaged and underserved communities. The Association for Computing Machinery, the world’s largest scientific and educational computing society, runs both conferences.

"The improvements that we saw were across the board, not just for Black applicants."

Those “spillover effects tend to improve institutions overall,” Abebe said. “The GRE is an example. We removed that and the improvements that we saw were across the board, not just for Black applicants.”

Black in AI’s work also has inspired the formation of other groups, including Queer in AI, Latinx in AI, and Indigenous in AI. Also, Black in AI is expanding in Brazil and has helped self-taught technologists in Africa start companies. 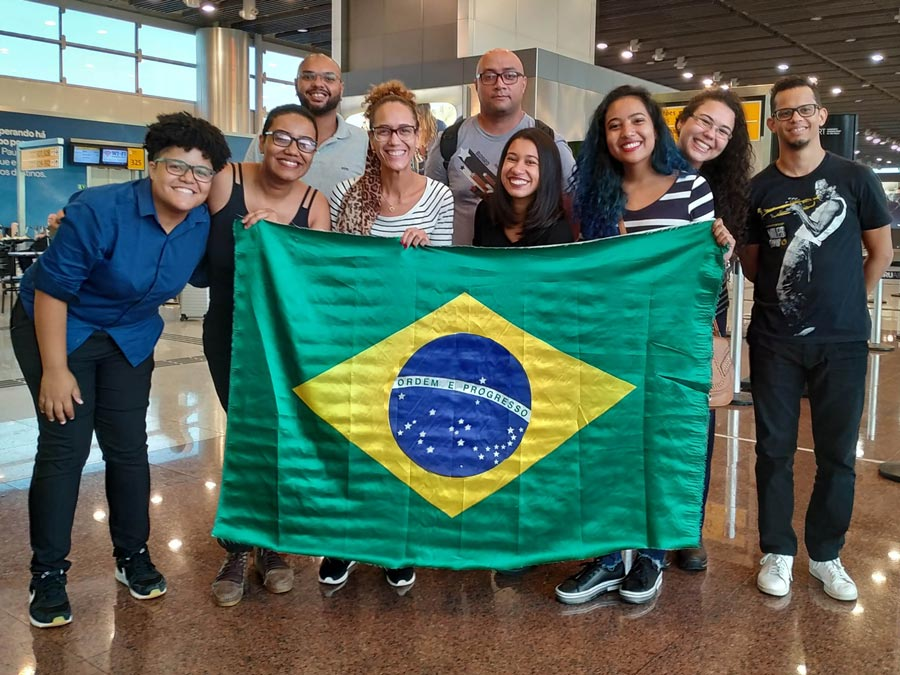 Black in AI members from Brazil display the nation's flag upon arriving for the organization's 2019 workshop in Vancouver, British Columbia.

Those effects have flowed to NeurIPS. In response to advocacy from Black in AI and others, the annual conference has adopted a code of conduct that prohibits bullying and harassment. Submitted papers must include a section on the potential societal impact of the research. And Black in AI’s workshop is less of a sideshow and more of a main event.

The dance party that follows also has become popular.

“We had people working at top tech companies dancing to Afrobeats,” said Krystal Maughan, a Black in AI member and University of Vermont PhD student. “That kind of democratization was great.”

Koyejo said the organization will continue “ramping up and expanding” academic work. It also will focus on closing gaps in resources for Black AI entrepreneurs and work to move Black people into AI leadership in academia, business, and venture capital.

“We have seen a real hunger for having this kind of community going,” he said.

Abebe said Black in AI will maintain an emphasis on inclusion and equity and “not treating institutions as fixed but as malleable entities that are improving.

“We’re not trying to get a handful of Black people to be visible,” she said. “We’re really trying to bring up the whole community.”