Then she spoke with other young people pursuing their dreams to make films and discovered the importance and urgency of a topic she had not considered.

The result is her short film, “Dos Patrias: Living Latino in Appalachia,” which explores the experiences of several Latinos who have made homes, largely on the margins, in the region.

The experience opened her eyes to the similarity between Latinos’ experiences in Appalachia and some of her own as an African American.

“There were a lot of parallels that I had not thought about before,” Higgins said. “People don’t think of Blacks or Asians or Latinos when they think about Appalachia. People don’t know that we are around here.”

Higgins is one of dozens of young filmmakers whose storytelling and filmmaking skills were transformed by her summer at the Appalachian Media Institute (AMI). Two other similar nonprofits are also using film to raise rural voices and spark social change. 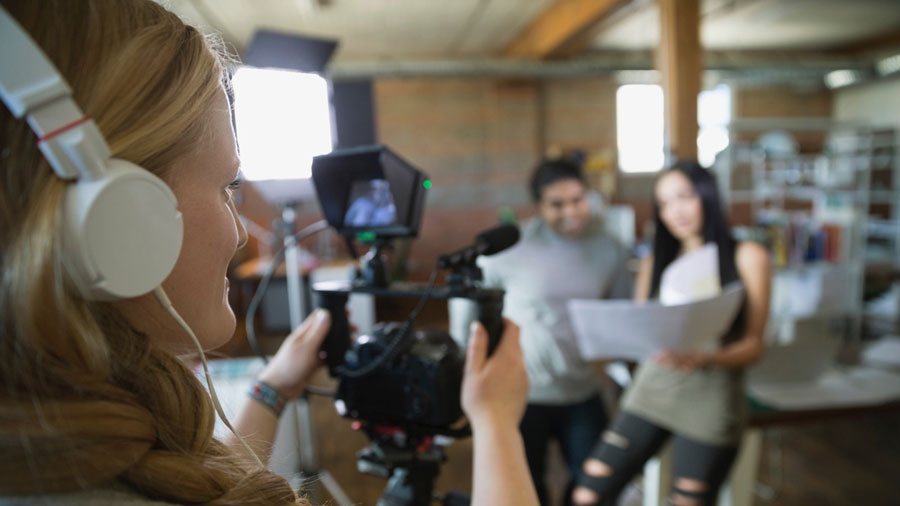 Appalachian Media Institute supports young, rural filmmakers and is a division of Appalshop, which has been developing regional storytelling that defies outside stereotypes for over 50 years.

Established in 1988, AMI is a youth-oriented division of Appalshop, a Kentucky-based arts education organization with more than 50 years of experience developing regional storytelling that defies outside stereotypes.

“For me, the biggest impact was AMI’s message to young people that your voice and your story matters,” said Higgins, now 24. The skills and vision she acquired during the summer of 2015 helped bring that voice to the public debate on who belongs in Appalachia and why.

Valuing youth voices is at the heart of AMI’s vision, according to Willa Johnson, Director of Films at Appalshop and former director of AMI.

“The biggest impact was AMI’s message to young people that your voice and your story matters.”

“We have 18-year-olds who we set free with a camera with the instructions to tell a story they want to tell,” Johnson said. “This empowers them to tell really progressive stories on issues that they might not be even discussing in their own homes.”

The stories of rural America developed by people who live them are typically much more honest and capture local cultures’ complexities and subtleties, Johnson said.

The organization also provides the guardrails to help young filmmakers craft a story that rings true without antagonizing or settling for pat answers.

“It is also a challenge to make sure that what they are creating is respectful and thoughtful and that they understand the power their camera has,” Johnson said. “A camera has a real impact. It can be a life-changing experience.”

For Oakley Fugate, a 28-year-old filmmaker from one of Kentucky’s most economically isolated regions, the chance to join AMI’s summer program did just that.

“It was the first time that people believed in me outside of my immediate family,” Fugate said. Creating his film, “Not A Daughter,” about a young person’s transgender journey, gave him the confidence to capture his own personal alienation from the local culture.

One of AMI’s most important strengths, Fugate said, is that people from rural communities perform outreach for the organization, lifting AMI’s credibility in rural storytelling.

“This program took a kid who thought he would hang out in the holler all his life and transformed him into someone going to college,” Fugate said, “and who now travels across the country showing these films.”

Empowering rural community members to tell their stories in film also helps challenge the stereotypes about life outside big cities. That vision inspired the founding of the Southern Documentary Fund (SDF) in 2002. SDF has supported more than 200 independent documentaries through grants and fiscal sponsorships.

The films cover a broad spectrum of topics, including civil rights, the environment and culture—all with a common thread: to empower the rural south to tell its own story in its own way.

For filmmaker Bo McGuire, the Fund’s support enabled him to delve into the joyful and quirky aspects of the rural south’s LGBTQ communities.

Empowering rural community members to tell their stories in film also helps challenge the stereotypes about life outside big cities.

“I wanted to buck up against the trend of assuming that queer people in rural places only lead lives of despair and isolation,” said McGuire, whose film, “Socks on Fire,” was funded in part by the SDF. “The base of all of my work is thinking about how to show the place I come from in a different light than the knee-jerk, go-to perception of southern places.”

That honest, personal filmmaking also helps connect other communities that might have felt missing from our national self-image.

“There are queer communities in many rural and southern places that are vibrant and lively—and they are longing to see themselves reflected in film,” McGuire said. “I can’t tell you how many times I was told that, ‘I had never seen my story and the place I come from in a movie’.”

In addition, these films can transform the way communities see themselves, facilitating better communication and greater understanding. 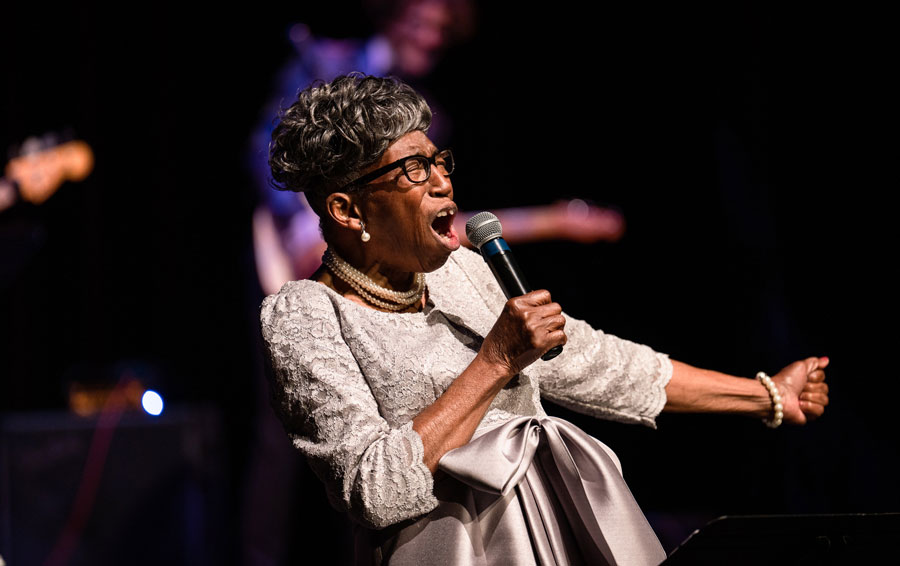 Lena Mae Perry, who stars in the Southern Documentary Fund’s “Stay Prayed Up,” performs at a 2022 post-screening of the documentary at the Carolina Theatre in Durham, North Carolina.

Nadine Natour’s SDF film, “Natours Grocery,” which explores the expansion of Arabs and Middle Easterners in rural America through the story of her Palestinian-American family’s grocery store in Appomattox, VA, reflects her affection for the region and community.

Yet even Natour was surprised by the support she received.

“I thought more people would take issues with the film, given that it has an air of commentary on the Trump administration and those espousing anti-immigrant sentiments,” Natour said. “But I received almost all positive feedback at screenings. That calls into question my own biases.”

Rural communities also are also being increasingly seen as important venues for exploring social change. Working Films, based in North Carolina, supports documentaries that perform that function, part of the organization’s effort to start community dialogues.

It can be tough work in deeply polarized rural areas and small towns.

Rita Baghdadi’s film, “My Country No More,” which she co-directed with Jeremiah Hammerling, follows a North Dakota community divided by the impact of oil discoveries in their region. It yielded mixed reactions.

But that response can be constructive, said Andy Myers, Director of Campaigns and Strategy with Working Films. Even if films such as “My Country No More” may fall short of sparking immediate social action, they can generate “desperately needed conversations that bridge rigid divides and are a first step on a ladder of engagement,” Myers said. 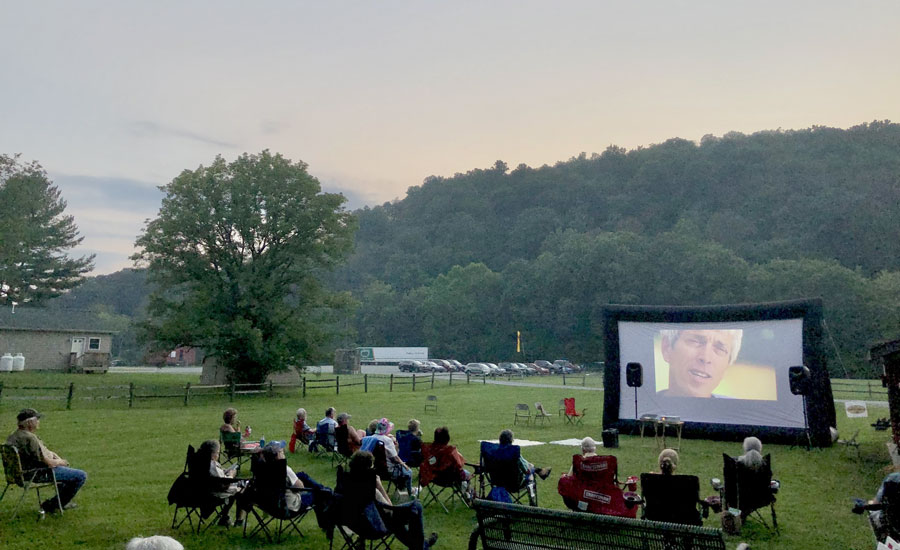 Part of Working Films' Rural Cinema Program includes screenings, including this one hosted by the Mountain Watershed Association for the 2021 documentary, “The Last Mountain.”

Aside from trying to find the most compelling stories, the biggest challenges for filmmakers can be completing and distributing their films—a much more ambitious undertaking for rural productions far from the film hubs of Los Angeles, New York or even Durham or New Orleans.

“It's a challenge for folks not living in bigger cities with established film hubs,” SDF Executive Director Kristy Garcia Breneman said. “For rural makers, there is a lack of accessible resources and support to make a documentary.”

SDF prides itself on filling the gap.

The nonprofit can make it easier for documentary filmmakers to gain access to those larger hubs, obtain crucial resources and connect with funders, post-production facilities, and distributors.

Looking to the future, AMI, SDF, and Working Films plan to continue expanding their work.

AMI leaders hope to offer more year-round programs for students who have attended the nonprofit’s summer program. For SDF, expansion means reaching out to new regions in the south, creating additional networks. Working Films will continue to find new and creative ways of expanding their grassroots efforts.

Leaders from all three said that, in the end, their work comes down to a passion for storytelling and its transformative power.

“Having young people tell these stories,” AMI’s Johnson said, “is what pushes the rest of us into branching out into a new way of looking at the world.”

Floods that struck eastern Kentucky in July and August of 2022 caused heavy losses of materials and severely damaged buildings of Appalshop based in Whitesburg, Kentucky.

Between 1987 and 2020, MacArthur provided more than $1 million to Appalshop for a number of initiatives, including Appalachian Media Institute, civic media, economic justice and welfare reform and fundraising. MacArthur also awarded nearly $1.8 million of support to Working Films for general operations between 2010 and 2021, and more than $1.6 million to the Southern Documentary Fund between 2017 and 2021 for general operations and other efforts.