Three organizations at the forefront of inclusive media making are creating opportunities for historically marginalized people in film and media.

As a young filmmaker in the early 1990s, Dr. Yvonne Welbon began researching Black women filmmakers, a group marginalized since the film industry’s early days more than a century ago.

After finding hundreds of films and videos Black women created over the decades, Welbon compiled the research in a database that became one of the largest archives of film and video work by Black women. The effort led her to write a book, establish a website, and make a documentary.

“It’s important for us to see ourselves in the media. And for others to see us as we see ourselves, we need to have agency over our own images.”

Today, Welbon is a prominent documentarian and Black media maker creating infrastructure for Black girls, women, and gender-nonconforming media makers to tell their stories. The Chicago nonprofit she founded and directs, Sisters in Cinema, is among a growing number of organizations at the forefront of developing, supporting, and celebrating just and inclusive narratives in film, video, and television outside of the traditional centers of Los Angeles and New York City. Other nonprofits engaged in this work include Chicago-based Open TV (OTV) and Philadelphia’s BlackStar Projects.

Their work challenges the racism, homophobia, and misogyny that systemically excluded communities throughout film history.

“It’s important for us to see ourselves in the media,” Welbon said. “And for others to see us as we see ourselves, we need to have agency over our own images.”

Welbon established the nonprofit in 2014 to entertain, educate, develop, and celebrate “sister filmmakers and their amazing audiences.”

On the city’s South Side, Sisters in Cinema supports historically excluded artists through several programs, including a documentary fellowship and a newsroom that trains participants in multimedia journalism and reporting for social media. Monetary support is also available.

The organization’s Media Arts Center, in a previously vacant building, is expected to be completed in September 2021. It will serve accomplished artists and the local community with a gallery, 45-seat theater, editing and computer lab, archive exhibition area, community gathering spaces, and free classes.

Creating a Pipeline to Hollywood

Like Welbon, Dr. Aymar Jean Christian’s research sparked him to found OTV, a nonprofit distribution platform supporting TV and video work by artists and communities cast aside because of their race, gender, sexuality, class, religion, disability, or nationality. An Associate Professor of Communication Studies at Northwestern University, Christian was inspired by interviewing more than 100 artists who independently produce and distribute stories online.

OTV has supported artists through, among other initiatives, its fellowship program and OTV Study Hall, which offers online workshops and courses on the industry. OTV also hosts the 48-hour filmmaking challenge, Brave Futures Film Race, in Africa, Europe, and North America.

Since 2015, OTV has released more than 75 original shorts, pilots, and series, including “The North Pole,” “Brown Girls,” and “You’re So Talented.” Networks and distributors now look to it as a model, co-founder and Executive Director Elijah McKinnon said. Its artists write for or sell shows to Netflix, HBO, Red Arrow Studios, Lion’s Gate, and other major companies.

“Not only are we distributing the work of these really talented, intentional creators, we’re also creating this pipeline and ecosystem that is indeed connected to the Hollywood track, with opportunities for folks to seek deeper investment,” McKinnon said. 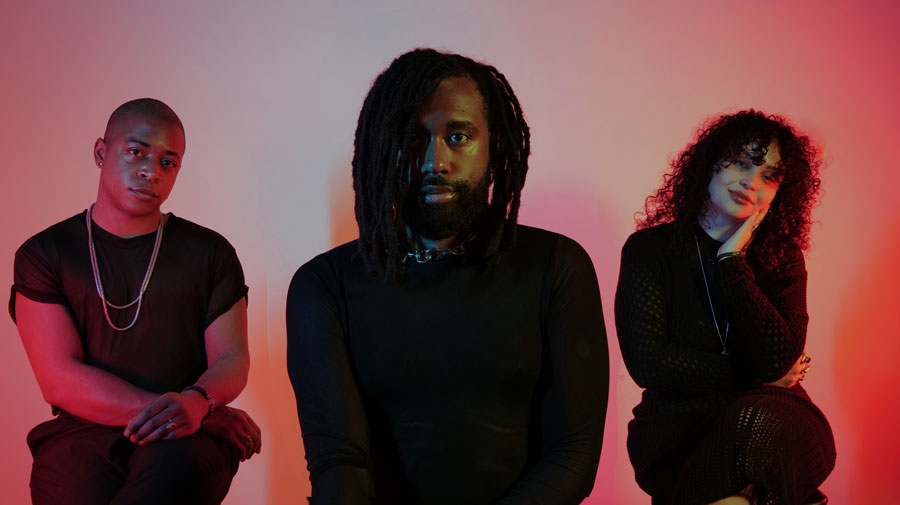 Welbon and McKinnon cite Maori Karmael Holmes and the BlackStar Film Festival, which Holmes founded in Philadelphia, as inspiration. The event has been presenting shorts and feature films by filmmakers from around the world for a decade.

A still from "Midnight Oil," a documentary about an explosion at Philadelphia's 150-year-old oil refinery by refinery worker Bilal Motley presented at the BlackStar Film Festival.

"One important step for traditional media is for White, wealthy filmmakers to step aside, making space for BIPOC people to tell stories of their communities."

BlackStar Projects, which manages the festival, also publishes “Seen,” a journal of film and visual culture, and offers workshops, seminars, exhibits, and a podcast, “Many Lumens.” All celebrate and elevate boundary-breaking work by Black, Indigenous, and People of Color (BIPOC) artists.

Now that mainstream media-making institutions are acknowledging and confronting racism, BlackStar’s work likely will become even more crucial. One important step for traditional media, Holmes said, is for White, wealthy filmmakers to step aside, making space for BIPOC filmmakers to tell stories of their communities.

Film shapes how we see the world, Holmes said. “Having a homogenous group doing the shaping for a diverse group doesn’t make sense.”

‘Who gets to tell the story?’

Progress has been made in breaking barriers to marginalized groups that create media, Holmes and Welbon said. But more is needed.

“There are slow changes, something that’s currently being called a reckoning,” Holmes said. “We won’t know until a few more years if anything has changed.”

“It will be great when we don’t have to have a special place like Sisters in Cinema, where we don’t need these interventions to achieve representation."

Welbon noted that throughout history, only seven women—none Black—have been nominated for Best Director Academy Awards. This year’s nominations of two women were far too little, too late, she said.

Reason for hope exists, however. This year Chloe Zhao became the first woman of color to win an Oscar for best director. Last year, the Academy of Motion Picture Arts and Sciences invited Welbon to join its 819 new invitees. A total of 45 percent of the Academy’s members are women; 36 percent are from underrepresented racial and ethnic communities. Membership includes a vote in Oscar nominations.

“So maybe next year, there will be more than two women nominated,” Welbon said. “There’s still an imbalance in terms of who the protagonist is, who gets to tell the story. It will be great when we don’t have to have a special place like Sisters in Cinema, where we don’t need these interventions to achieve representation.”