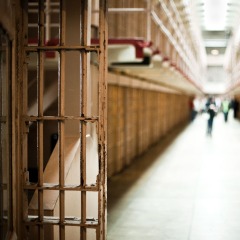 People are admitted to jail in the U.S. about 10 million times each year. And according to the Prison Policy Institute (PPI)’s Whole Pie 2022 report on the big picture of mass incarceration, most of the people in jails are not convicted of a crime. Many are held in jail because they can’t afford to pay bail to secure their release. Low-level offenses, like misdemeanors, missed fines, and parole violations, often lead to incarceration and other serious consequences. The pandemic encouraged reforms and reductions in jail populations, but the number of people incarcerated has begun to climb back to pre-pandemic levels. The MacArthur-supported PPI report also includes eight common myths about the reasons for mass incarceration and essential reforms that could shrink the ‘whole pie’ rather than move people to different forms of detention.