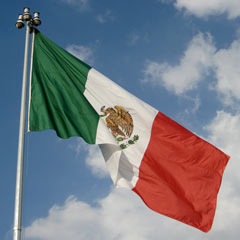 The National Prosecutor’s Office in Mexico aims to hold politicians and security officials accountable and build public trust in the criminal justice system, and a report from the Washington Office on Latin America analyzes its effectiveness. Established in 2014 to address governmental impunity, the office is independent from the executive branch, but has not yet realized its potential. The MacArthur-supported report highlights major concerns and recommends increasing civil society participation in the National Prosecutor’s Office and addressing reports of corruption and human rights complaints.