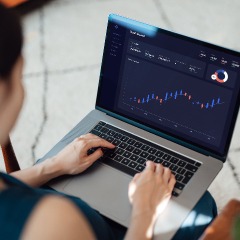 The cities and counties participating in the Safety and Justice Challenge (SJC) have collectively reduced their jail population by 26 percent since 2016. Daily, that is 19,983 fewer people in jail. A new dashboard of SJC data enables anyone to explore the impact of interventions on jail populations. Users can toggle between different lenses on the data: overall jail population declines, pretrial populations, national comparisons, COVID-19 response, and racial disparities.

Data show that SJC communities reduced their jail population significantly more than other communities. Racial disparities persist however, even with overall declines in the jail population. Black and Indigenous people especially continue to be disproportionately arrested and jailed compared to other groups.

The dashboard shows the largest reduction—nearly 10,000 fewer people a day—were individuals who are pretrial, which means they are awaiting trial and legally presumed innocent. Without the interventions, innocent people would have otherwise been incarcerated and separated from their families, communities, and livelihoods while awaiting trial.