MacArthur Investments Strengthen Arts and Culture in Chicago
MacArthur Support: Consistent and Flexible
Changing With the Times
A Closing Thought

The MacArthur Foundation is well-known for its national and international work.  But MacArthur also has planted deep roots in its home city of Chicago, a place of rich diversity, with vibrant neighborhoods and world-class institutions.

Throughout its 27-year history, the Foundation has invested more than $570 million in nearly 1000 local institutions that are making Chicago a safer, more just, more beautiful place to live and visit.  MacArthur grants have, among other things, helped transform public housing, strengthen Chicago schools, and improve the juvenile justice system.

One of the earliest expressions of our civic commitment was MacArthur’s support for arts and culture in the Chicago area.  MacArthur is one of the city’s largest annual private arts and culture funders, investing a total of $150 million since 1978.  And MacArthur support has become that much more vital at a time when public funding for the arts has become scarce and the competition for individual and corporate dollars is more intense than ever.

As part of our 25th anniversary celebration two years ago, we announced a five-year, $50 million program of support for local arts organizations.  In 2005, together with the Prince Charitable Trusts and the Richard H. Driehaus Foundation, we are supporting 179 different arts organizations – from the well-established Art Institute and the Chicago Symphony, to The Neo-Futurists and Deeply Rooted Productions – respectively, an avant garde theater group and an African-American dance company – with annual budgets of less than $500,000.

Every day of the year, Chicago is alive with artistic offerings that enrich our lives, stimulate our imaginations and help educate all of us.  MacArthur is proud of its work to maintain Chicago’s status as one of the most exciting cultural centers in the country.

This newsletter outlines some of the goals and strategies of MacArthur’s arts and culture grantmaking.  As always, we welcome your comments.

MacArthur arts support is guided by a belief that our grantees know best what their needs are.  Responding directly to the needs and concerns of grantee organizations, we have structured our program in a way that offers as few directives and as much flexibility as possible, in the form of multi-year commitments and general operating support.

General operating support – as opposed to funding tied to a specific project – allows groups to spend their grant dollars as they see fit, providing stability during volatile economic times and the freedom to take creative risks.  About 88 cents of every arts and culture dollar awarded by the Foundation in 2005 is unrestricted.

Direct Grants to Large Arts and Culture Groups
Organizations with budgets of at least $2 million receive direct multi-year operating support based on having met the following criteria:

This year 45 large organizations  are receiving a total of $2.3 million under the direct grant program.  That includes these four new grantees, whose awards, all for $150,000 over 5 years, were announced this month.

City Colleges of Chicago in support of general operations for WYCC-TV Channel 20, one of two PBS affiliates serving the Chicago area.  With an audience of 1.6 million viewers, WYCC offers a combination of PBS-acquired and locally-produced programming targeting a number of specific audiences.  In the fall of 2007, WYCC will move from Daley College to a new state-of-the-art facility, located at the new Kennedy-King College, which will allow the station to showcase more original, local programming.

DuSable Museum of African American History in support of general operations.  DuSable is dedicated to the collection, preservation and dissemination of the history and culture of Africans and Americans of African descent, and is the nation’s oldest independent African American history museum.  It is home to thousands of historical and artistic objects, and host to numerous self-produced and traveling exhibitions.  The museum is in the middle of a $25 million expansion that will add 61,000 square feet for exhibition space, interactive learning resources and more.

Kohl Children’s Museum of Greater Chicago in support of general operations.  Located in the Chicago suburb of Glenview, Kohl provides interactive exhibitions and teaching programs designed specifically for children eight years old and under.  It is one of the few children’s museums in the nation, and the only one in the Chicago area, serving infants, toddlers and pre-schoolers – children in their prime brain development years.  In October, Kohl opened a new building, which will allow for improved exhibitions and programs.  The museum works closely with low-income students from the Chicago Public Schools, with plans to double such outreach in the next five years

Lookingglass Theatre Company in support of general operations.  Lookingglass is a multidisciplinary ensemble of artists that blends theater, music, dance and circus arts.  The group was founded in 1988 by eight Northwestern University students (among them David Schwimmer who later starred in the hit television comedy Friends).  The company’s name is inspired by the enchanting world discovered by Lewis Carroll’s protagonist, Alice, when she walked through the looking glass.  Lookingglass’ most visible recent success was its production of Metamorphoses, a humorous recasting of Ovid’s myth, which earned a Tony Award for Best Direction.

The broad cross-section of Chicago artistic endeavors represented by these four organizations is typical of the diversity of MacArthur’s grantees.

Changing With the Times

Over the years, MacArthur has made adjustments in its funding strategies, to reflect shifting realities in the arts world and to meet specific requests of cultural institutions.

During its first decade, for example, MacArthur’s focus was on more established arts organizations.  Since the 1990s, the Foundation has diversified its arts funding to promote the development of arts education, to nurture community-based arts programs and to help reach new audiences.

In 2003, the Foundation made changes that decentralized our grant-giving operation in a way that is better serving small and mid-sized arts organizations.  Groups with budgets between $500,000 and $2 million now receive their funding through a collaboration between MacArthur and the Prince Charitable Trusts.  Groups with budgets of less than $500,000 are funded through a similar MacArthur arrangement with the Richard H. Driehaus Foundation .

The partnerships with these two smaller Chicago-based foundations, offer grantees the best of both worlds – access to the funding levels MacArthur can provide and the technical assistance and expertise that is the signature of Prince and Driehaus.  All funding is for general operating support, and for the first time in 2005 more than half of the awards made through Prince and Driehaus will cover two years.

MacArthur is committed to being a responsive partner, and that means remaining in close contact with the groups it supports, especially Prince and Driehaus recipients.

Throughout 2005, MacArthur has held a series of five conversations with grantees to solicit their views, hear their concerns and better understand their challenges.  We received feedback about a number of issues – their desire to recruit engaged board members; the difficulty of providing health benefits to artists and employees; and their interest in attracting the attention of corporate donors.

We have taken action to address two of their main concerns: access to affordable performance space and the imperative of leveraging technology to inform, build and engage audiences.

On the former, we recently gave, as part of a special grants program, an award to the Harris Theater, allowing more generous subsidies for smaller groups renting  space.  On the technology front, another special grant to the League of Chicago Theaters is supporting the construction of an on-line ticketing system.

With the help of a $70,000 grant from MacArthur, the League recently completed the first phase of a new electronic commerce project.  Phase one included market research to understand the needs of its members, the launch of a redesigned website, and a new database of 50,000 Chicago theater patrons.

MacArthur is now investing in the second phase of this project, with a $300,000 award that will allow the League to build a sophisticated on-line box office.  Theatergoers will be able to see what seats are available for specific shows and purchase tickets in real time.  They will be able to save information about their preferences and receive reminders about shows that would interest them.  This new system will be able to recommend shows with messages like: If you enjoyed Company X’s production of “Death of a Salesman”, be sure not to miss out on the Arthur Miller festival next season at Venue Y.

The software required for such a robust tool is prohibitively expensive for most Chicago theater companies.  Instead of spending roughly $200,000 on their own, organizations can buy in under a sub-licensing arrangement that can cost as little as $10,000.  The League projects that the on-line box office will sell 100,000 tickets by 2007 when the system should become financially self-sufficient.  Participation in this new system will be available to all Illinois performing arts organizations.

Less than a month before his death, President John F. Kennedy spoke these words at an Amherst College tribute to the late poet Robert Frost:

"I see little of more importance to the future of our country and our civilization than full recognition of the place of the artist.

At the MacArthur Foundation, we have made it one of our goals to bring that America to life, especially here in Chicago.  Above all, our investment in the arts is a statement of hometown support, a belief that our regional arts scene is diverse and dynamic and a desire to make it even more so.

But we also see investment in the local arts as an investment in Chicago’s larger social fabric – helping create economic growth, better schools, more cohesive neighborhoods, stronger civic organizations and more.  Investment in the arts creates a synergy that generates a whole much greater than the sum of its parts.

And we also see arts funding as connected to MacArthur’s larger mission – to foster lasting improvement in the human condition.  Arts and culture are more than leisure activities.  Beyond their intrinsic value, they can be a force for social progress and a catalyst for social action.

At MacArthur, we believe not just in art for art’s sake, but in art’s ability to change minds and lives.  Art entertains us, yes, but it also sustains us.  A thriving artistic life is a prerequisite for a vibrant democracy and a free, just, prosperous society. 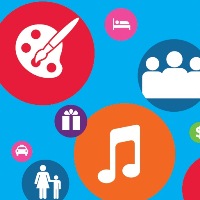 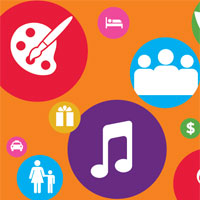 Nonprofit Arts & Culture Sector Contributes $2.2 Billion to the Chicago Economy
More news on Culture, Equity, and the Arts in Chicago
View More About Culture, Equity, and the Arts in Chicago
Stay Informed
Sign up for periodic news updates and event invitations.
Facebook Twitter LinkedIn Instagram Youtube Medium
Connect with us on social media or view all of our social media content in one place.