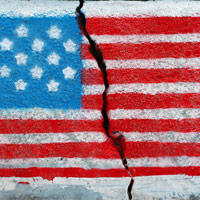 American public opinion on foreign policy, including on issues like immigration, climate change, and advancing U.S. global interests, is sharply divided among Republicans, Democrats, and Independents, according to a survey from The Chicago Council on Global Affairs. The survey shows that despite historic differences on issues that even a decade ago were more bipartisan, the American public remains committed to engagement in the world, with 64 percent of Americans supporting an active U.S. role in world affairs.