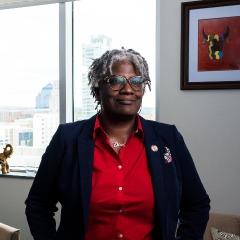 The 70 Million podcast’s fifth and final season will delve into inadequate and unequal ways the justice system functions for citizens and benefits the people in power. The next 10 episodes will explore issues from plea bargaining and traffic fines to policing children. The podcast tells the stories of the over 70 million adults who have criminal records in the U.S. and aims to catalyze conversation and organizing for jail reform. As it completes 50 episodes, Juleyka Lantigua, the show's creator and executive producer, said she hopes “that 70 Million will prosper well beyond season 5 as a tool for reform, education, and activism."