MacArthur grantee the Coalition for Evidence-Based Policy played a key role in advising the Office of Management and Budget about the rigorous standard of evidence used in an effectiveness evaluation that led to the scaling up of what had been a pilot program included in President Obama’s proposed 2010 budget. The Nurse Home Visitation Program will provide funds to states for home visits by trained nurses to first-time mothers and mothers-to-be. The Coalition conducted an independent assessment of several evaluations of the initiative over time certifying as to the high standards of these tests and the reliability of the results showing that the program has long-term effects, including substantial reductions in child abuse and neglect, pre-term births, and arrests for both parents and adolescents who participated in the initiative as children. The program will cost $87 million in 2010 and $8.6 billion over 10 years; estimates of its return-on-investment are between $3 and $6 per dollar invested. The Coalition is a grantee under the Foundation’s special policy project, The Power of Measuring Social Benefits, which seeks to strengthen evidence-based policymaking throughout government. 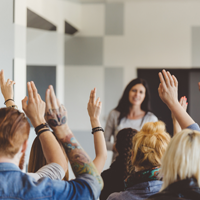