An Evaluation of Investments in the Global Forum on Migration and Development
November 26, 2012 | Evaluation | Migration
Share On Social 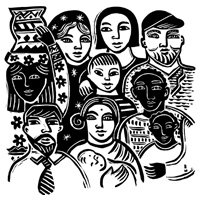 In November 2011, the MacArthur Foundation launched an external examination of its investments in the Global Forum on Migration and Development (GFMD) with a particular emphasis on its civil society dimension. The Global Forum is a voluntary, states-led process dedicated to informal, non-binding dialogue with the goal of enhancing the benefits of migration for countries of origin, countries of destination, and migrants themselves. The GFMD emerged following the UN General Assembly’s first High-Level Dialogue on Migration and Development in September 2006. The first Global Forum was hosted by Belgium in July 2007, and the GFMD was hosted in subsequent years by the Philippines, Greece, Mexico, Switzerland, and Mauritius (following the period under review, the GFMD subsequently met in Sweden [2014] and Turkey [2015]). Each two-day intergovernmental GFMD meeting was preceded by Civil Society Days (CSD), a two-day gathering of civil society actors.

MacArthur has been the largest nongovernmental donor to the GFMD. The Foundation provided a cumulative total of more than $3.3 million in grants for the first six meetings of the GFMD. This included support to host governments and host NGO/foundations, as well as support to the UN for the GFMD-related activities of the Special Representative of the Secretary-General for International Migration and Development.

The Foundation had two primary purposes for conducting its evaluation:

While the MacArthur assessment includes findings and recommendations relevant to the GFMD as a whole, its primary focus is the GFMD’s Civil Society Days.