The world is experiencing the disruptive effects of climate change. The principal cause is the accumulation of atmospheric carbon dioxide and other heat-trapping substances emitted by the burning of fossil fuels for energy production and the increasing use of land in ways that limit its ability to absorb greenhouse gases. There is scientific consensus that allowing the earth’s temperature to rise more than 2 degrees Celsius above pre-industrial levels will cause significant and ever-increasing negative impacts around the world such as rising seas, severe droughts, and food and water insecurity. Three countries are responsible for a large share of global emissions: United States, China, and India.

The overall goal of our Climate Solutions program is to work to ensure that global temperature rise stays well below 2 degrees Celsius over pre-industrial levels. The working theory of change for the Climate Solution program is that the United States, India, and China must lead the world’s efforts to address climate change. Each nation will have its own style, approach, advances and setbacks, and goals, though collectively they must ensure a steep decline in current and future greenhouse gas emissions within the next decade. If these three nations exert leadership on climate change, then other nations will be encouraged to follow suit, and humanity will be on a path toward ensuring global temperature rise stays well below 2 degrees Celsius. Leadership can come from government, the private sector, and civil society. It will be demonstrated through policies, actions, and investments by the United States, India, and China that decrease the carbon-intensity of their respective economies, reduce greenhouse gas emissions (e.g. carbon dioxide, methane, and hydrofluorocarbons), and build political will and public demand for climate solutions.

To answer these questions, the evaluation is designed to measure the ultimate contribution of our work and progress toward the specified goals of our efforts. It is also designed to better understand the contexts in which the work is taking place and identify and document what is working well and what needs to be adjusted.

Quantitative and qualitative methodologies are used to assess the contribution of the Climate Solutions program and to determine if progress is being made towards desired outcomes in each country-specific context.

The purpose of sharing the evaluation and learning partner reports is to communicate findings over time. The first report covers the period prior to the launch of the Climate Solutions program since baselines were established and developments in the contexts in which we are advancing our theory of change. Subsequent reports cover progress and results in the years that follow.

From the first report, our high-level takeaway included:

Subsequent evaluations will report ongoing progress including measures of outcomes and impacts. 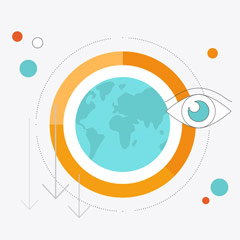 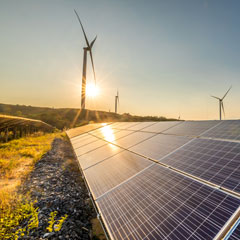