This commentary was co-authored by MacArthur President Julia Stasch and Chairman of the Robertson Foundation Julian Robertson. It was originally published in the Chronicle of Philanthropy on November 30, 2015.

The danger signs are all around us: record storms, floods, droughts, and wildfires that demonstrate the perils of a destabilized climate. Severe habitat loss and economic damage are facts of life in the United States and around the world, and the science tells us that far worse impacts are on the way.

And yet it is not too late to turn toward a safer, more sustainable climate. U.S. leadership — to help drive steep cuts in global greenhouse gas emissions and lead the way to a low-carbon economy — will be critical as Paris climate talks get under way this week.

That is why, as leaders of two American philanthropies, we are redoubling our efforts on this critical issue by making it a top priority, and we are joining the urgent call to fellow grant makers, advocates, business leaders, government officials, and citizens to do the same. Let’s build a national climate and clean energy plan that is equal to the challenge we face.

Already we see strong signs of growing momentum, especially the new dynamic that has emerged between the United States and China over the past year. The days when each side blamed the other for inaction are long gone.

In September, President Xi Jinping stood with President Obama in the Rose Garden and announced that China would roll out a national cap-and-trade program in 2017, building on the seven large-scale pilots now under way there. China has pledged that its national greenhouse-gas emissions rate will level off and begin to decline by 2030 at the latest, and a number of major Chinese cities, including Beijing and Shenzhen, have promised that their emissions will start coming down eight to 10 years earlier than that. Such local progress will lead to the stronger national commitments we need.

The markets are also driving progress. Clean-energy prices are plummeting, and clean-energy jobs are multiplying. Technology is developing rapidly, and adoption is accelerating.

Business leaders are speaking out about the risks posed by a changing climate. Warning that climate change could cause global food shortages, General Mills recently announced that it plans to cut greenhouse-gas emissions from its supply chain by 28 percent by 2025. Europe’s six largest oil and gas companies have called on governments to introduce a price for carbon emissions and chided the major U.S. oil companies for not joining the call. A new Citibank report estimates that climate inaction would cost $44 trillion by 2060 — far more than it would cost to address the problem. That’s the same conclusion reached by three concerned business leaders — Michael Bloomberg, Henry Paulson, and Tom Steyer — in a widely discussed report called Risky Business, which breaks down the likely costs of climate change by region.

The United States is limiting carbon pollution from power plants and cars and has proposed rules to address methane pollution, which causes one quarter of today’s global warming. Polls show bipartisan public support for climate action, and a new study from the National Surveys on Energy and Environment finds that only 16 percent of Americans still doubt that global climate change is real — the lowest percentage since the group began to ask this question in 2008. And although debate in Washington remains polarized, a group of House Republicans recently introduced a resolution calling for new climate solutions.

It is time for America to do more.

In part, that means improving the national discussion about climate policy. Right now it is free for anyone to pollute — so we get more and more pollution, and taxpayers pick up the tab. A market failure got us into this problem; fixing it can get us out. We need a well-designed national market-based policy that puts either a price or a limit on climate pollution and gives investors, inventors, and entrepreneurs further incentives to accelerate clean-energy technology innovation. With the United States, China, and India all showing greater ambition, other nations will do the same. This virtuous cycle has already begun, and it needs to accelerate because we’re in the race of our lives.

The MacArthur Foundation and the Robertson Foundation are committed to investing in ideas and policies that drive toward this goal. And we are supporting the organizations that recognize that we need everyone at the table to solve this existential challenge, which rises above partisan politics. No one group, party, or nation can do this alone.

The Environmental Protection Agency’s new Clean Power Plan sets out new rules for reducing carbon emissions from U.S. power plants that will be implemented differently in each of the 50 states. The Paris talks involve pledges to reduce emissions from nearly 170 countries. In this complex context, foundations are singularly situated to provide essential support for the nonprofits that will build an infrastructure to effectively monitor, support, and leverage progress at every level and in every critical place.

Climate change is the defining threat of our lifetime, but we have all the tools we need to turn it back. The American spirit of ingenuity has never failed us, and if we apply it here we will surely prevail. We urge everyone to join us in demanding climate solutions that build global prosperity. 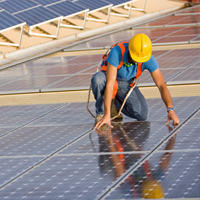 Statement on the U.S. Withdrawal from the Paris Climate Accord 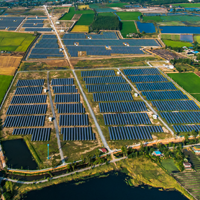 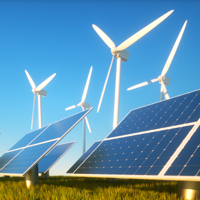