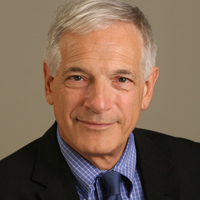 Originally published in the Huffington Post on June 4, 2012, MacArthur President Robert Gallucci comments on the importance and valuable effects of educating girls in developing countries.

Around the world, 35 million girls who should be in primary or secondary school are not; half of them are in sub-Saharan Africa, according to the World Bank. For those of us committed to addressing global poverty, improving education for girls may be the closest thing to a silver bullet.

The benefits of education extend beyond individual students to whole societies. Sixty-five low- and middle-income countries lose approximately $92 billion per year by failing to educate girls to the same standards as boys. A 12 percent reduction in world poverty could be achieved if all students in low-income countries obtain basic reading skills in school, according to the Brookings Institution's Center for Universal Education.

In recent decades, there has been significant progress toward the goal of universal primary education. But participation rates are much lower at secondary levels, especially in developing countries and particularly for girls. Sub-Saharan Africa has a primary school enrollment rate of 77 percent, but secondary level enrollment is only 36 percent. In India, enrollment rates at the secondary level are also very low, at 57 percent, with girls underrepresented. Yet there is a growing demand for qualified workers equipped with twenty-first century skills. In developing countries with large and growing populations of youth, education is key to future economic growth.

Despite increasing demand for secondary education among would-be students and the needs of employers for skilled workers, expanding access to high school for the general population in developing countries, particularly for girls and the most marginalized, is not an easy task. Secondary education is more costly than primary to deliver. But new technologies, including mobile phones and open educational resources, could provide powerful ways to reach under-served populations at low cost. Such technologies could also help train a new cadre of teachers, especially female teachers, who are in short supply. Responsibility for providing education is diversifying with efforts by low-cost private providers complementing those of governments. New public-private partnerships offer real opportunities to expand both girls' access to education and quality of learning.

Partnerships that engage governments, non-governmental organizations, the private sector, and foundations are critical to fostering such innovation. Already, the United Kingdom's Department for International Development is providing $518 million to enroll girls in primary and secondary education, reduce drop-out rates, and make sure girls come away with core skills. The Clinton Global Initiative this year identified education as one of its four focal areas and will seek major new donor commitments. In a new partnership, several private foundations plan to jointly support innovative initiatives that provide learning opportunities and life and livelihood skills for under-served youth, including girls, in East Africa, Nigeria, and India.

More participation and more funding are surely needed. However, funding alone will not educate the next generation of girls. New approaches and new ideas are also required. Progress cannot come fast enough for girls and their communities in the developing world.