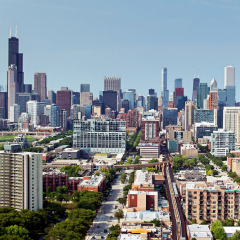 MacArthur teamed up with The Harris Poll to better understand how Chicagoans feel about public safety. What we found is a city deeply troubled by gun violence and police-resident relations. However, Chicagoans attitudes toward solutions for addressing these issues—including the “Defund the Police” movement—were more nuanced and diverged along racial lines and their lived experiences.

Despite conflicting opinions around solutions, what emerged most saliently in the survey is that Chicagoans want to see changes to the laws, systems, and organizations that contribute to and help prevent the violent crime plaguing our city.

Key findings from this report include: