Housing: Why Educators, Health Professionals, and Those Focused on Economic Mobility Should Care About It
November 16, 2017 | Article | How Housing Matters, Housing
Share On Social 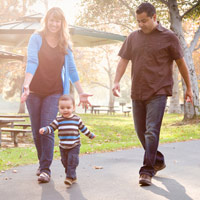 When cities strive to improve the lives of their residents, they often focus on issues such as schools, parks, jobs, or, health. Yet often overlooked is something equally fundamental. Trace the lineage of many social welfare issues today, and you will likely uncover a history of substandard, unaffordable housing. As research increasingly shows, housing that is safe and affordable and in a strong and thriving neighborhood is a launching pad to upward mobility for families.

For more than a decade, MacArthur has supported research on the role of housing as a platform for opportunity among families. As the following summary of findings from more than 20 studies shows, housing shapes our lives in critical and long-lasting ways. Through this and others' work, our understanding has expanded and continues to grow, providing greater nuance and insight into the specific pathways through which housing makes a difference in people's lives and in communities. These pathways include housing stability, affordability, quality, and location.

The findings are organized for audiences who regularly see the direct impact of poor-quality, unaffordable housing but who at the same time may not realize housing's role in those outcomes: educators, health professionals, and economic development experts.

Why Educators Should Care About Housing

Safe, stable, and affordable housing during childhood sets the stage for later success in school. Children are profoundly affected by their environments during key developmental stages. Chaos in their neighborhood, frequent moves, exposure to pollutants, and unhealthy conditions inside the home all leave a deep and lasting imprint. When housing consumes too much of a household's budget, kids may not have enough nutritious food to eat to be ready to learn. Teachers see the ramifications of these conditions all too clearly in the classroom.

Why Health Care Professionals Should Care About Housing

It is no coincidence that both neighborhood and health disparities are stark in the United States. It is widely cited that one's ZIP code is as important as one's genetic code in determining health status or life expectancy.  The disparities are linked because where you live offers access to those things that make you healthy or unhealthy, from housing without lead or asthma triggers to grocery stores with fresh vegetables, to parks and sidewalks, and access to jobs. Physicians, nurses, and public health experts recognize this, and increasingly they are doing more to ensure that the residents they serve live in homes and neighborhoods that promote their health and well-being.

Housing is a launching pad to successful lives. High-quality housing in strong neighborhoods positions residents to capitalize on the opportunities before them. And investing in communities reaps benefits beyond the particular neighborhood in lower social, health, and economic costs city and region-wide. Because of this, cities nationwide are working to reverse entrenched poverty and provide the needed opportunities for all residents in a city. The findings below demonstrate the strong connection between housing, neighborhood, and upward mobility.

These findings underscore the need to invest in healthy, affordable housing for all Americans. Opportunities are shaped by an individual's housing, neighborhood, and environment. Policy that addresses housing and neighborhood's role in creating and sustaining opportunities—or its opposite, disadvantage—may therefore be one of the most effective ways to fight poverty and promote upward economic mobility in America.

Download PDF
Housing: Why Educators, Health Professionals, and Those Focused on Economic Mobility Should Care About It