In the wake of the national foreclosure crisis in the late 2000s, vacant properties caused neighborhood blight, and home owners lost billions of dollars in equity. Four Chicago neighborhoods—Chicago Lawn, West Lawn, Gage Park, and West Elsdon—were among those most impacted by the foreclosure crisis.

Southwest Chicago organizations began intensive work to prevent and mitigate foreclosures as early as 2003. They sounded the alarm about the growing number of residents who were taking out risky sub-prime loans that often carry increased risk of default and, therefore, ultimately, foreclosure. 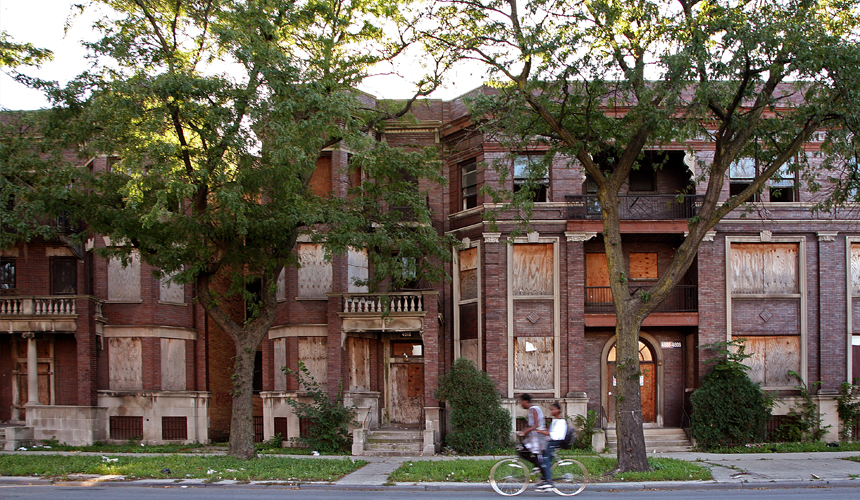 Early on, MacArthur provided support to a network of first-responder organizations that were on the frontlines of the crisis. Indeed, the early work in Southwest Chicago informed the Foundation’s foreclosure response. The result was MacArthur’s Foreclosure Prevention and Mitigation Project, a $44 million initiative that included both grants and low-interest loans, to help stabilize neighborhoods hard hit by vacancy and foreclosure.

The partners were credited with saving over 500 homes from foreclosure.

Greater Southwest Development Corporation, the Southwest Organizing Project (SWOP), and the local office of the Neighborhood Housing Services (NHS) pioneered creative outreach strategies that sought to reach virtually all at-risk borrowers in the neighborhoods to let them know help was available. The organizations linked borrowers with expanded counseling, with a goal of preventing as many foreclosures as possible. During the ensuing 12 months, 19,000 mass outreach activities were conducted, including “door knockings,” leafleting, and informational mailings with a goal of encouraging participation in a range of educational events and workshops. The partners were credited with saving over 500 homes from foreclosure. The strong working relationships among these organizations and other local partners—and the strong connections this network has to residents—contributed to the success of their outreach. 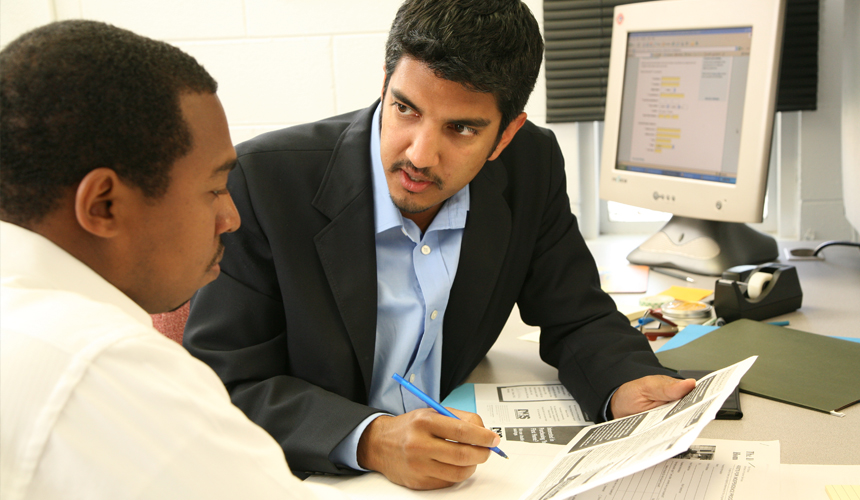 Building on this early foreclosure prevention work, SWOP turned its attention to the estimated 700 vacant properties that could not be saved from foreclosure. There was a period when that resulted in multiple vacant properties on nearly every block and the collapse of mortgage lending and housing values in the neighborhood. In response, SWOP led an effort to turn vacant buildings into affordable homes, while simultaneously redoubling efforts to improve schools and reduce crime in a 20-block target area. An essential part of SWOP’s work was countering the effects of vacant and abandoned buildings on other quality of life issues in the neighborhood.

Since 2012, crime has fallen by 55 percent and schools in the area have significantly improved.

SWOP supported other neighborhoods to continue to strengthen schools while improving public safety. Since 2012, crime has fallen by 55 percent, and schools in the area have significantly improved. Meanwhile, SWOP worked with constituent member NHS to identify and engage potential homebuyers in workshops—more than 300 residents have participated in homebuyer classes.

SWOP also formed a partnership with Brinshore Development to acquire and rehabilitate vacant properties in Chicago Lawn to encourage developers to follow suit—a strategy designed to stimulate the private market to reinvest in the neighborhood. As a result, 85 of the 93 vacant properties were reclaimed SWOP is now scaling up its pilot project into the Reclaiming Southwest Chicago Campaign. It plans to raise $10 million with a goal to expand to an adjacent 74-block area with 180 vacant properties—employing the same strategy of reclaiming a portion of the vacant homes so that private developers will gain confidence to invest in the reclamation of the rest. SWOP anticipates that this work will take four to five years to be completed.

This strategic approach is designed to attract private investors and new homebuyers, improve the quality of life, and restore normal housing market functions in an effort to reclaim Southwest Chicago for residents.

MacArthur invested $44 million in grants and low-interest loans in foreclosure prevention and mitigation efforts in Chicago neighborhoods in 2008 to help combat the growing lending crisis and the rise of local foreclosures. In 2017, MacArthur provided a grant of $1 million to support the Reclaiming Southwest Chicago Campaign.