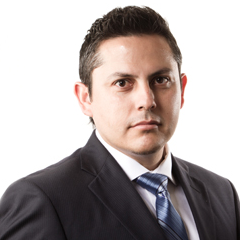 It has been 10 years since Mexico adopted a critical Constitutional reform that transformed its criminal justice system. The new accusatorial system promises speedier, transparent, public trials, and aligns Mexico with most countries in the Americas that adhere to the presumption of innocence and allow victims and defendants alike the right to present evidence and state their case.

This is the most important, far-reaching reform in Mexico’s criminal justice system since the 1917 Constitution. It has not been easy to implement reform, as it requires a change in legal culture.

As Mexico experiences massive human rights violations – torture, forced disappearances, illegal detentions, military operations – the new criminal justice system has tried to shine light on due process, the presumption of innocence, and victims’ rights. Many sectors of Mexican society are still skeptical that the new accusatorial system will help advance justice and human rights, given that change is slow and the people have long been clamoring for justice. International aid organizations, foundations, experts, and civil society organizations have been working hard to support the reform, assist with training new legal professionals, and evaluate progress. The task is immense and often seems overwhelming, but civil society organizations such as Instituto de Justicia Procesal Penal (IJPP) are not giving up.

Ten years ago, experts and leaders from diverse organizations, including IJPP, pushed for this change. These groups hoped that the new system would remedy massive due process violations, lengthy trials, pretrial detention, bureaucracy, poor legal representation, and other longstanding problems. Slowly, states began to adopt codes of criminal procedures, and, in 2008, the Constitution was reformed. In subsequent years, IJPP assisted with research, the creation of pretrial services agencies to support the supervision of defendants on pretrial release, and training operators on legal defense rights and oral litigation skills for pretrial and trial hearings for adults and juveniles.

As the accusatorial system expanded across Mexico, IJPP set out to measure its impact in courtrooms. With MacArthur support, we conducted courtroom-hearing observations as part of our Access to Justice Project. The Project seeks to change the language that judges, prosecutors, and defenders use in hearings so that defendants and victims can understand better the proceedings. We published three litigation guidelines with international and national human rights standards for judges, prosecutors, and defenders. Lawyers now routinely use these guidelines to prepare for hearings, and law professors use them in classrooms to teach litigation skills.

We also developed guidelines for victims’ rights and for defenders who work on torture cases. Now we are working on a pretrial hearing guideline that will focus on the exclusionary rule.

The old criminal justice system was routinely characterized by false confessions, inadequate investigations, corruption, and lack of independence from prosecutors. Given that Mexican prosecutors have immense power and have been traditionally used politically by the President and governors, criminal justice reform has yet to transform the Attorney General’s Office.

For that reason, in 2017, several organizations, including IJPP, formed the collective #FiscaliaQueSirva (Prosecutors that Work) to support the creation of a national, independent, and autonomous Attorney General’s Office. The collective is currently working with the President-elect’s transition team on this major task, including how to deal with the transition period between the old and the new agency. Of great importance is preventing old practices from becoming entrenched in the new agency. This will also require attention to ethics and institutional culture.

As a civil society organization working to change Mexico’s criminal justice system, IJPP recognizes that there has been progress, but we also continue to identify human rights challenges and many areas that await needed reforms. At IJPP, we believe that addressing isolated, specific issues will only continue to promote a segmented system and not an integrated, holistic one. We strive to work with other organizations, governments, and foundations to collectively effect positive change. We are committed to a modern criminal justice system, a holistic system with human rights at its center. The road ahead is difficult but not impossible.

From 2012 to 2017, MacArthur awarded five grants totaling more than $936,000 to Instituto de Justicia Procesal Penal to support reform of Mexico’s justice system and the establishment of an independent, fully functioning National Prosecutor’s office. Overall, MacArthur provided $36.2 million to 90 organizations working to improve human rights in Mexico from 1996 to 2018.