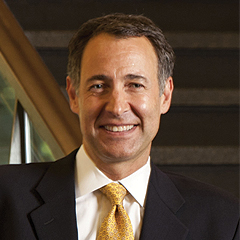 What happens when remarkable advances in brain-scanning technologies meet perennial questions of criminal law? The legal system has long struggled, for instance, with how to decide: Is this person responsible for her behavior? What was he thinking at the time of the act? What does this person remember? Is he lying? And, how different are adolescents and young adults, anyway?

Some people believe that advances in neuroscience hold the realistic promise of helping to answer such questions soon. Others think humans too complex to reduce to neuronal activity. And there is, of course, plenty of room in between these two extremes.

But most agree that while neuroscience is being offered more and more frequently in criminal cases the legal system – if it is to further the goals of justice – must figure out how to separate the wheat from the chaff.

To address this challenge, the MacArthur Foundation awarded more than $7.6 million in support of work I led with Vanderbilt University Law School to design, create, and direct the national MacArthur Foundation Research Network on Law and Neuroscience. The Network expanded upon initial investments in research by Mike Gazzaniga at University of California, Santa Barbara into the intersection of law and neuroscience.

In forming the agenda and makeup of the Network, I sought out partnerships with selected legal scholars and brain scientists at leading universities – including Yale, Stanford, Columbia, the University of Virginia, Cornell, Northwestern, and the University of Pennsylvania, among others – to systematically explore both the promise and the limitations of using new neuroscientific techniques to improve criminal justice.

The Network addresses a set of closely-related problems, including investigating law-relevant mental states of and decision-making processes in defendants, witnesses, jurors, and judges; investigating the relationship between brain development and cognitive capacities in adolescents; exploring the capacity to detect memories; and assessing how best to draw inferences about individuals from neuroscientific data.

Since 2011, this Network team designed, executed, and published more than 75 brain-scanning and conceptual works in leading academic outlets and yielded many additional influential results, such as recommendations to President Obama’s Bioethics Commission and knowledge briefs on brain-scanning lie detection efforts and on young-adult brains. In each of those two areas, for instance, work of the Network has been introduced into legal proceedings through Network publications and expert testimony by our Network members.

Educational programs the Network developed included multi-day training workshops for judges as well as more than 50 online training videos, which cumulatively have been watched more than 30,000 times. Other Network initiatives include regular publication and distribution of Neurolaw News and maintenance of the world’s most extensive website of neurolaw resources, including, for instance, a searchable and growing bibliography of nearly 2,000 neurolaw publications (in English and seven other languages) and information on more than 160 separate neurolaw conferences.

The Network’s efforts have helped to establish the law and neuroscience field, complete with its own coursebook. It has inspired the creation of neurolaw societies, programs, and initiatives in many countries. It has helped further the growth of neurolaw courses in law schools across the nation. And the interest in sponsoring judicial training sessions has grown considerably, as a testament to the importance of getting the intersection of law and neuroscience right.

Since 2006, MacArthur has awarded seven grants totaling $15.98 million to support projects exploring the intersection of law and neuroscience, including the cross-disciplinary MacArthur Foundation Research Network on Law and Neuroscience, which is examining the effects of modern neuroscience on criminal law and working to make neuroscience accessible and beneficial to America’s legal systems.