Research Network on Law and Neuroscience

The MacArthur Research Network on Law and Neuroscience examined multiple effects of modern neuroscience on criminal law and tried to make neuroscience accessible and beneficial to America’s courtrooms.

The Research Network addressed a focused set of problems in criminal justice:

Within these categories, researchers conducted brain imaging and other studies to examine issues such as detecting deception; detecting recognition; cognitive and brain development in adolescents; and when neuroscientific evidence, such as fMRI brain scans, should and sometimes, importantly, should not be admissible in court. The Network represented a distinct second phase of a research initiative titled The Law and Neuroscience Project, which launched in 2007. 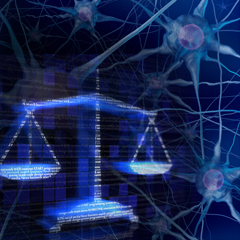