Exposing the inequities in the patent system to increase access to affordable, life-saving medications on a global scale. 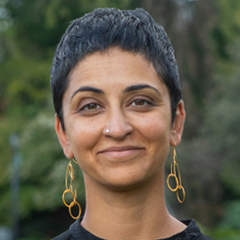 Priti Krishtel is a health justice lawyer exposing the inequities in the patent system to increase access to affordable, life-saving medications on a global scale. By distilling the technical aspects of the patent system to show its sometimes devastating impact on people’s lives, Krishtel is galvanizing a movement to center people instead of only commercial interests in our medicines patent policy.

Early in her career, Krishtel worked to increase access to antiretroviral (ARV) treatments at the height of the global AIDS epidemic. She worked alongside patients dying of AIDS and saw first-hand how patent monopolies often reduced the availability of life-saving medications in lower income countries. In 2006, Krishtel co-founded the Initiative for Medicines, Access, and Knowledge (I-MAK) to ensure the public had a voice in the pharmaceutical patent system. Krishtel and the organization are drawing attention to weaknesses within the patent system while identifying needed reforms to make it more responsive to the public good. Patents are intended to incentivize innovation by ensuring that only the patent holder can sell and profit from the product for a fixed time. However, many pharmaceutical companies seek to extend their monopolies by filing multiple patents on small changes (such as changes in dosage) to existing drugs over several years. This stifles competition, delays generic production, and keeps medicines out of the hands of people who need them the most. I-MAK has successfully contested patents worldwide, saving governments billions of dollars in public health spending and giving millions of people access to life-saving treatments. The I-MAK team publishes a series of reports, entitled Overpatented, Overpriced, that exposes the scale of pharmaceutical companies’ exploitation of the U.S. patent system. I-MAK also brings together a range of stakeholders—including patient groups, policymakers, and patent lawyers and judges—to deepen collective understanding of the impact of the patent system across different communities. Krishtel and I-MAK draw on this participatory process in proposing reforms to U.S. patent policy. Their proposed reforms include ensuring only meaningful inventions are rewarded with a patent, increasing oversight from other government branches, and increasing public participation in the patent process. For example, the Public Advisory Committee of the U.S. Patent Office historically is comprised of lawyers and representatives from companies who financially benefit from the current system. Adding individuals from patient groups and others with a public interest perspective would help make the patent process more responsive to the full spectrum of stakeholders in the system.

Throughout the COVID-19 pandemic, Krishtel has argued powerfully that incentivizing innovation should not come at the expense of equity and public health. Particularly during public health emergencies and for taxpayer-funded research, commercial and public interest concerns can be balanced. Krishtel is increasing understanding of how intellectual property policy can impact personal, public, and global health care, and she and I-MAK are envisioning a patent system that benefits all people regardless of geography and economic status.

Priti Krishtel received a BA (1999) from the University of California at Berkeley and a JD (2002) from New York University School of Law. She worked with the Indian NGO Lawyers Collective (2003–2006) before co-founding the Initiative for Medicines, Access, and Knowledge (I-MAK) in 2006, where she is currently co-executive director. Krishtel has published in a variety of scientific journals and media platforms, including Science, Journal of the International AIDS Society, The British Medical Journal, San Francisco Chronicle, The New York Times, and USA Today. 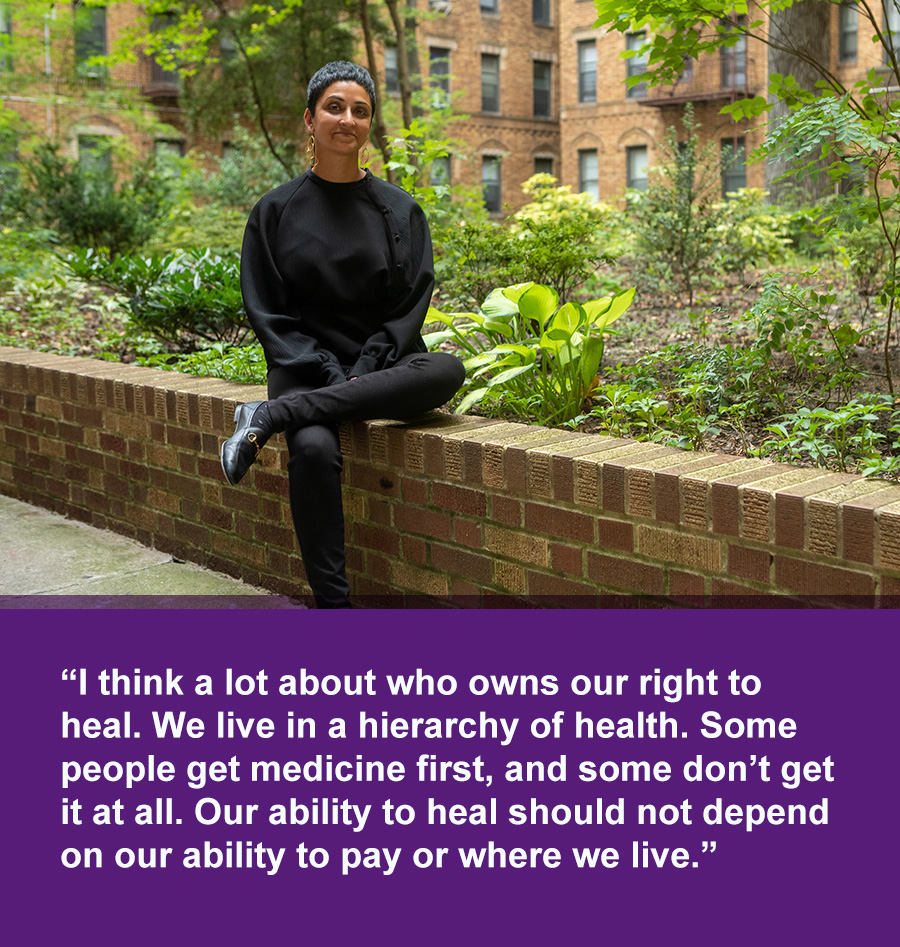 ”I think a lot about who owns our right to heal. We live in a hierarchy of health. Some people get medicine first, and some don’t get it at all. Our ability to heal should not depend on our ability to pay or where we live. But it does. The patent system is not working as intended. The system blocks competition and concentrates the power to access medicine in the hands of an elite few. It helps create that hierarchy of health. Medicine must always be a global public good. Knowledge can no longer be locked up in this way. I believe in a future where people know they can keep their loved ones healthy, where people actively shape what access to medicines looks like for their families and communities. Where incentives exist for more just drug development and equitable access, ensuring that innovation exists to serve people, to save lives. The challenge right now is that we are living in the age of the bully. A time when a small minority of the historically powerful are trying to own the un-ownable. We are saying no and creating a new, more compassionate and inclusive future in its place.” 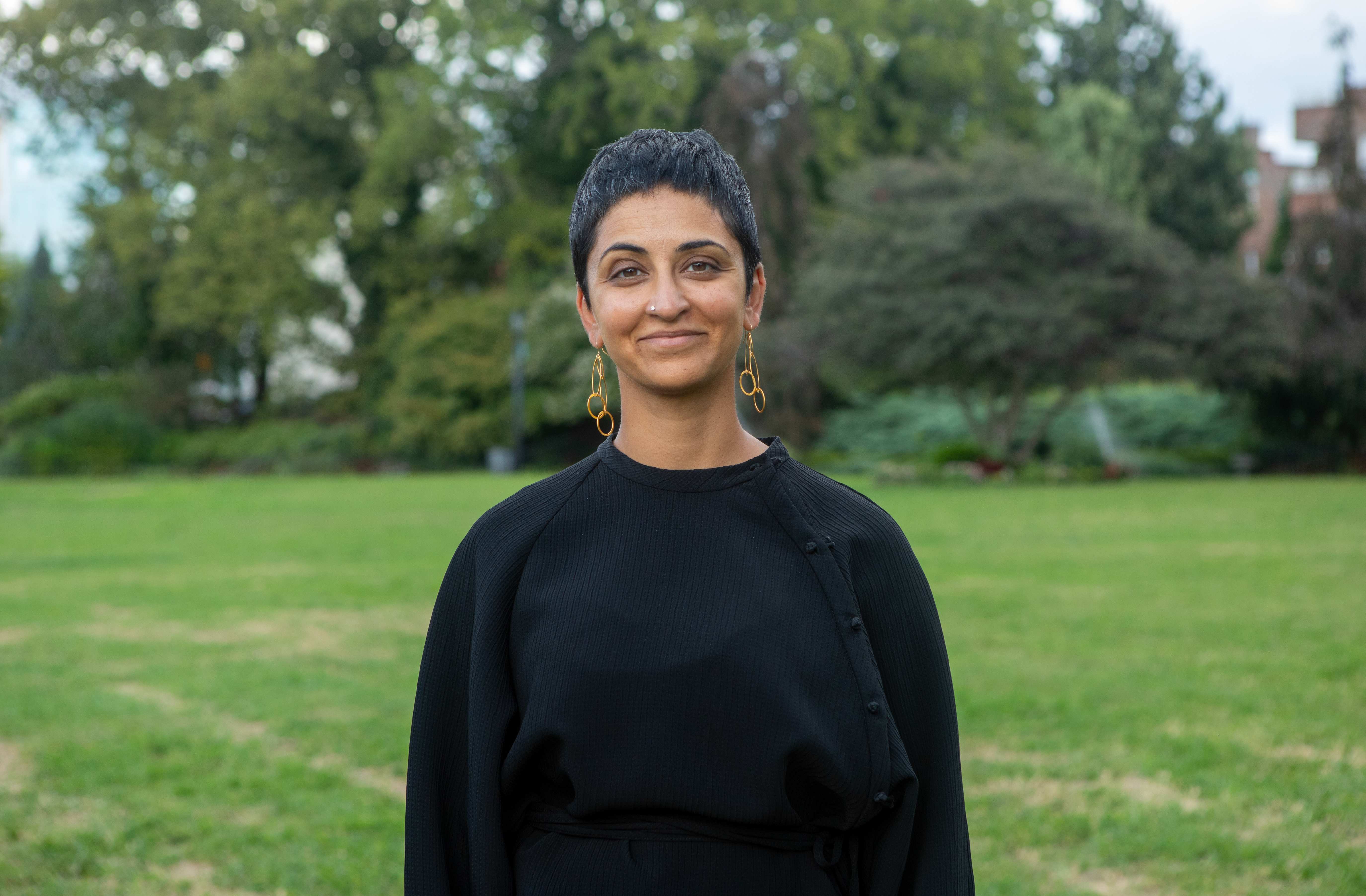 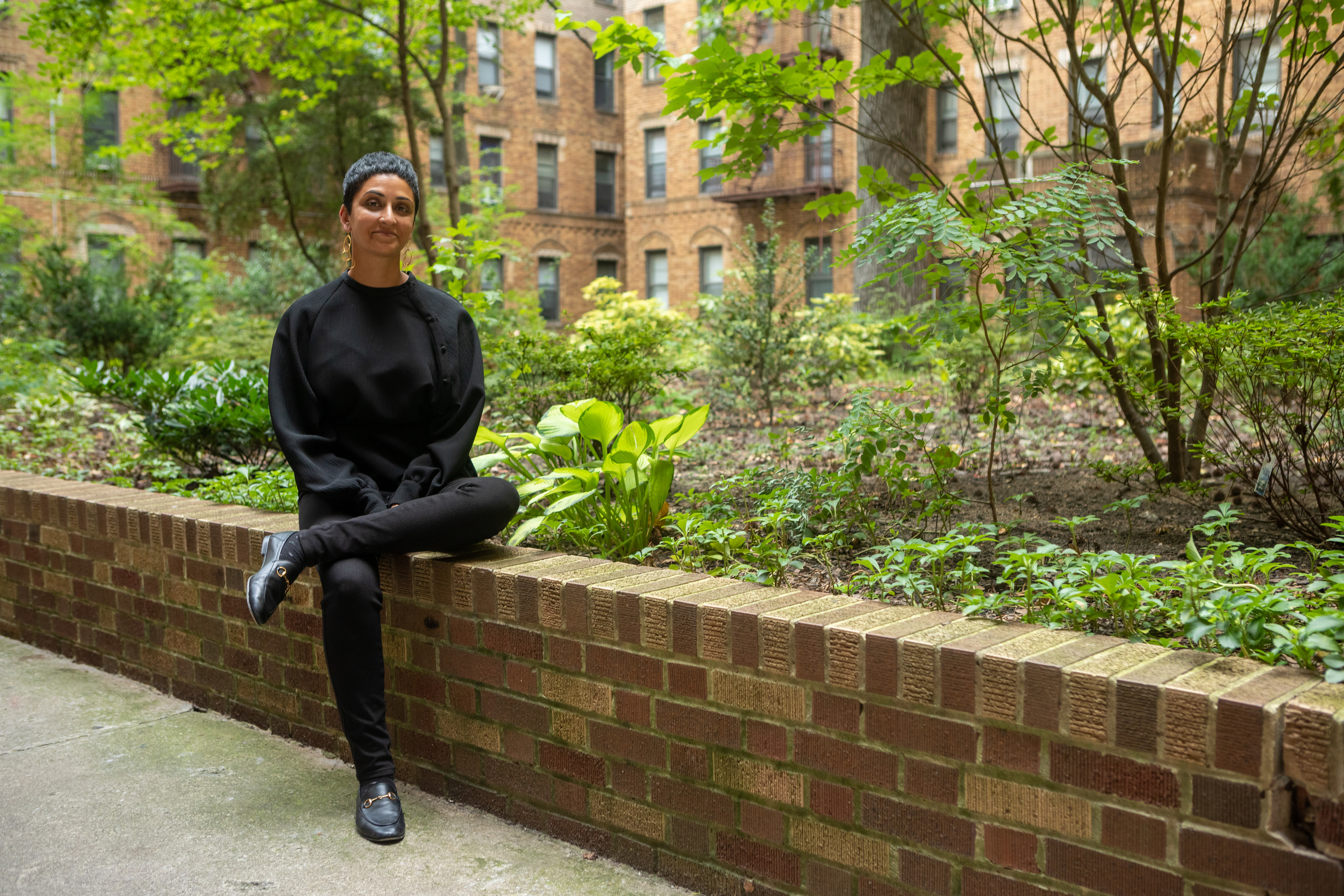 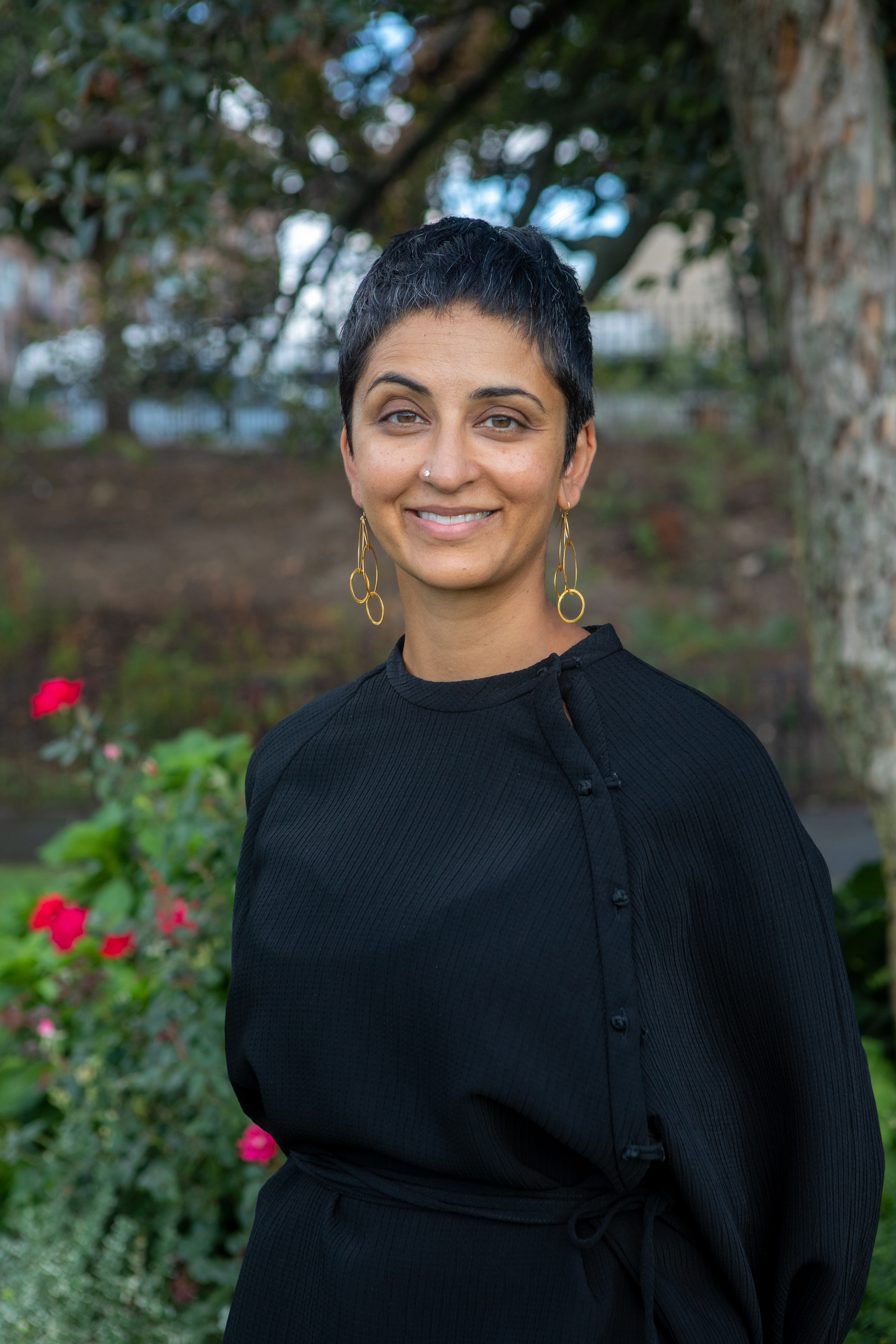 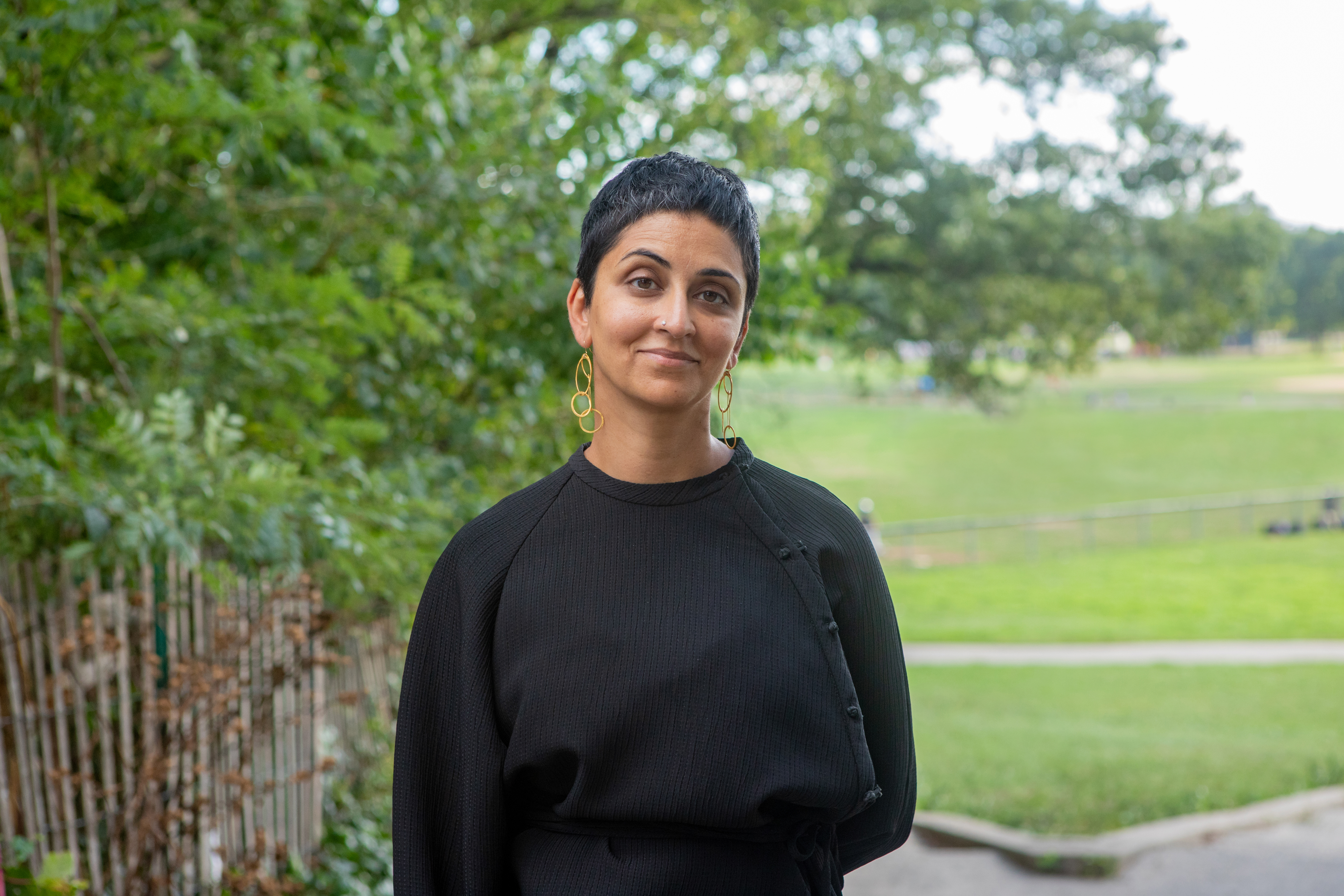