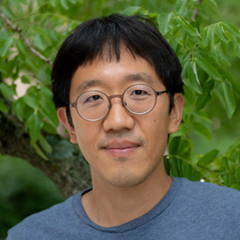 While a graduate student, Huh proved Read’s conjecture, a problem in graph theory first proposed in 1968. The conjecture posits that for any graph, the order of absolute values of coefficients of the chromatic polynomial is unimodal, that is, the sequence of coefficients only increase until hitting a peak and then only decrease. Surprisingly, Huh used methods from algebraic geometry in his proof for what had long been considered a classic problem of combinatorics. Huh and a collaborator further refined this work to prove that the sequence is log-concave in addition to being unimodal, meaning that for any consecutive triple of numbers in the sequence, the product of the two outside numbers is less than the square of the center number. This line of inquiry led to an investigation of the Rota-Welsh conjecture, which posits that the sequence of coefficients of the characteristic polynomial of a matroid is log-concave. Huh and co-authors developed a proof of the Rota-Welsh conjecture by reinterpreting Hodge Theory in geometry, which is typically not connected to graphs and matroids. In another line of research, Huh proved the top-heavy Dowling-Wilson conjecture for representable matroids with novel algebraic methods. He and colleagues extended this conjecture and established it in its full generality for all matroids, as well as the non-negativity of the coefficients of the Kazhdan-Lusztig polynomial of a matroid.

Huh also proposed the idea of Lorentzian polynomials, which are substantially more general than the well-studied class of stable polynomials. They have many of the same properties, such as the log-concavity on the positive orthant, and can be characterized with basic calculus and linear algebra, but Lorentzian polynomials are more tightly related to matroids as well as other combinatorial structures. Huh’s work in this area also has relevance for other theoretical fields where Lorentzian polynomials appear, such as computer science, representation theory, and probability theory. Huh’s effective and clear communication of his work makes it more accessible to researchers in these other areas of mathematics. With his innovative approach and fruitful collaborations with others, Huh is reinvigorating the field of geometric combinatorics and inspiring a new generation of mathematicians.

June Huh received a BS (2007) and an MS (2009) from Seoul National University and a PhD (2014) from the University of Michigan. He is currently a professor of mathematics at Princeton University. His held previous appointments at Stanford University (2020–2021), the Institute for Advanced Study (2019–2020), and the Clay Mathematics Insitute (2014–2019). Huh’s papers have appeared in such journals as the Annals of Mathematics, Journal of the American Mathematical Society, and Acta Mathematica. 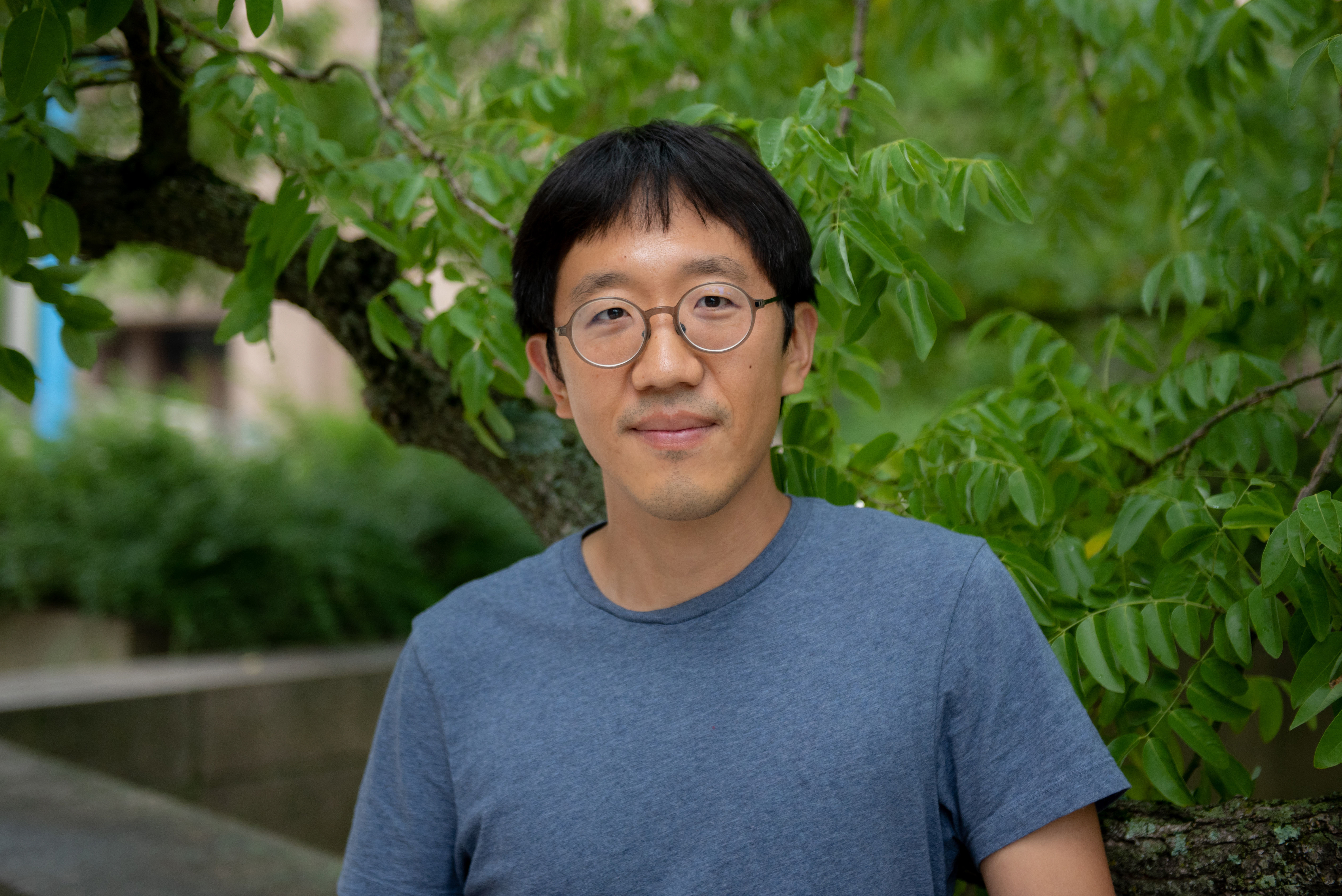 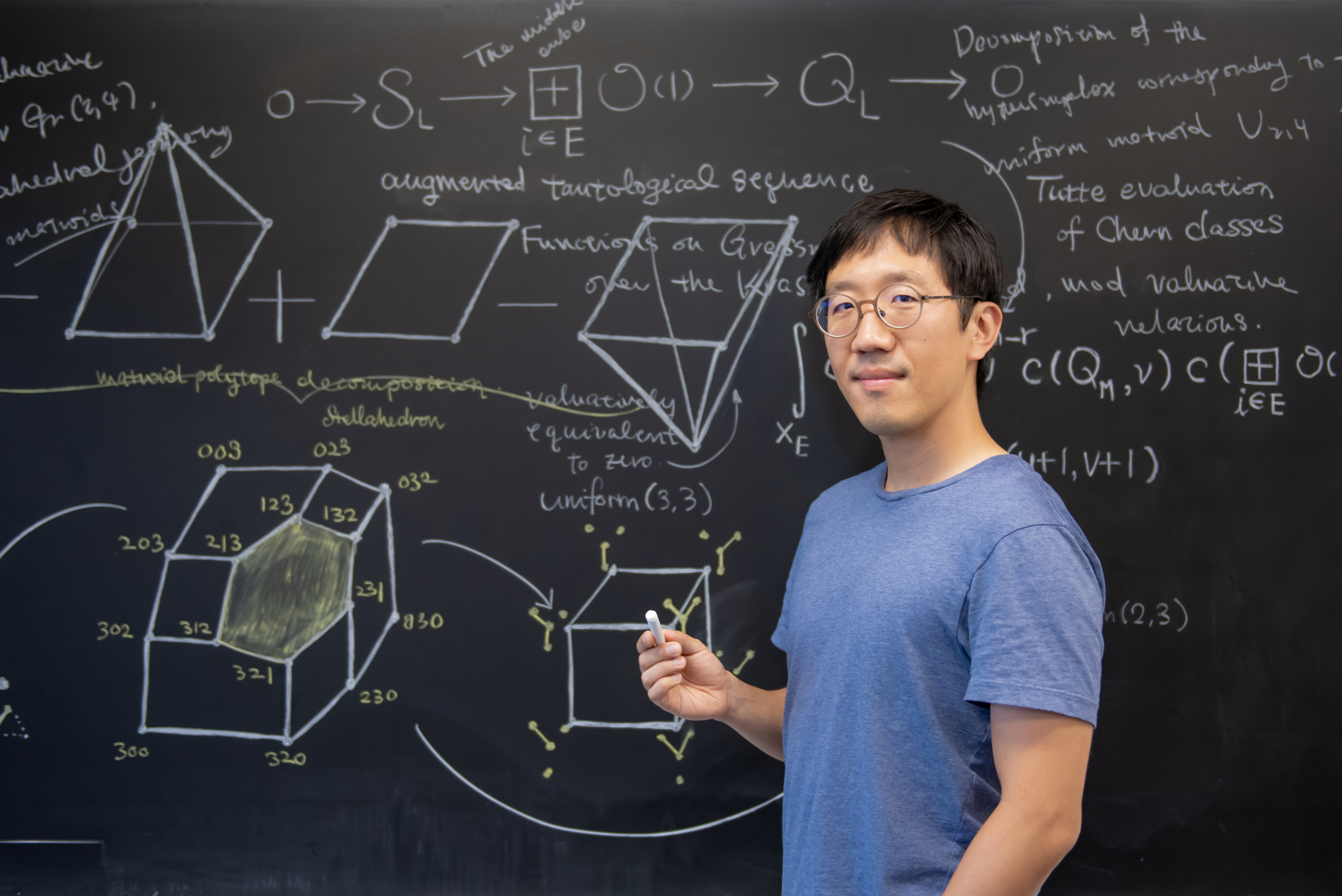 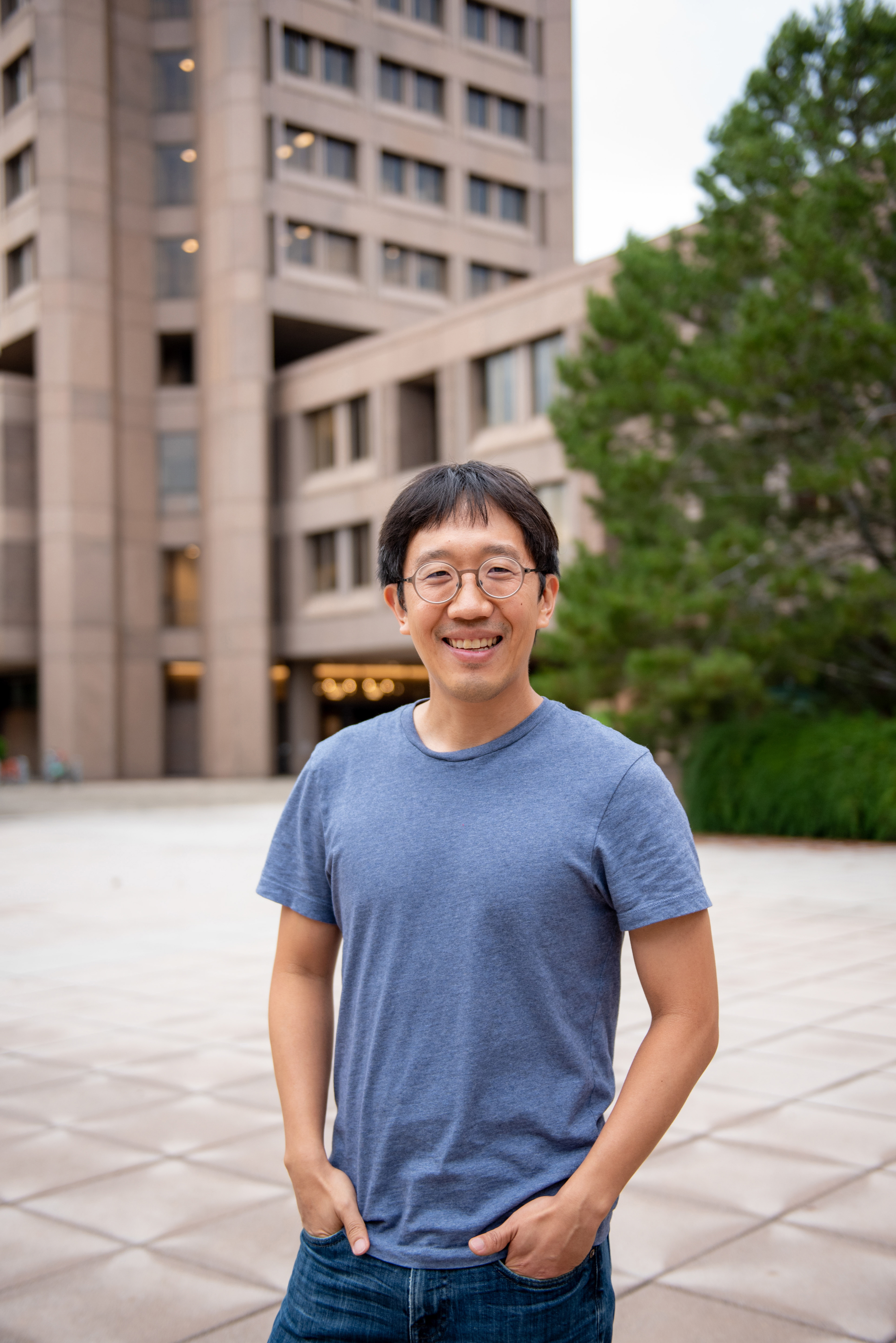 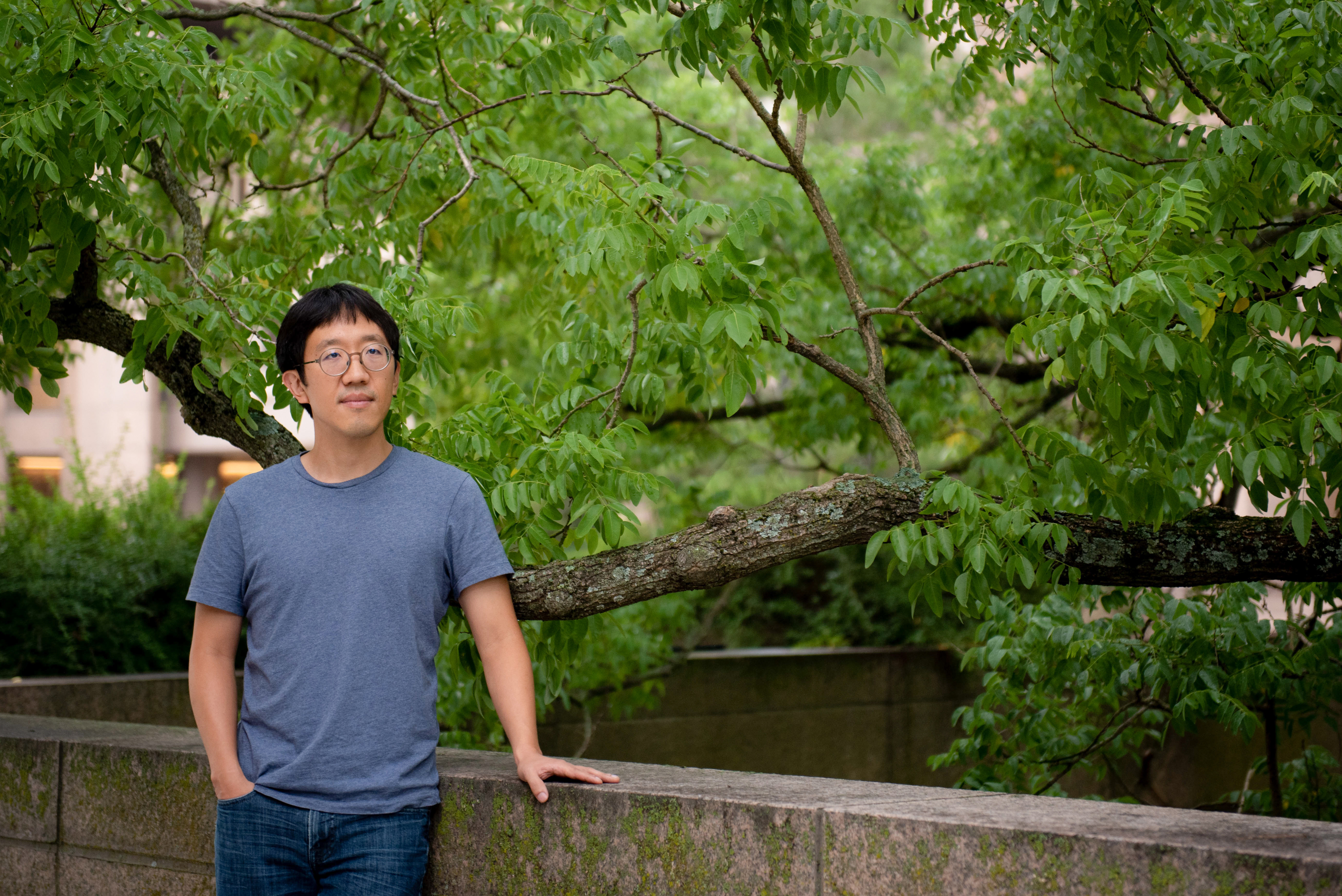 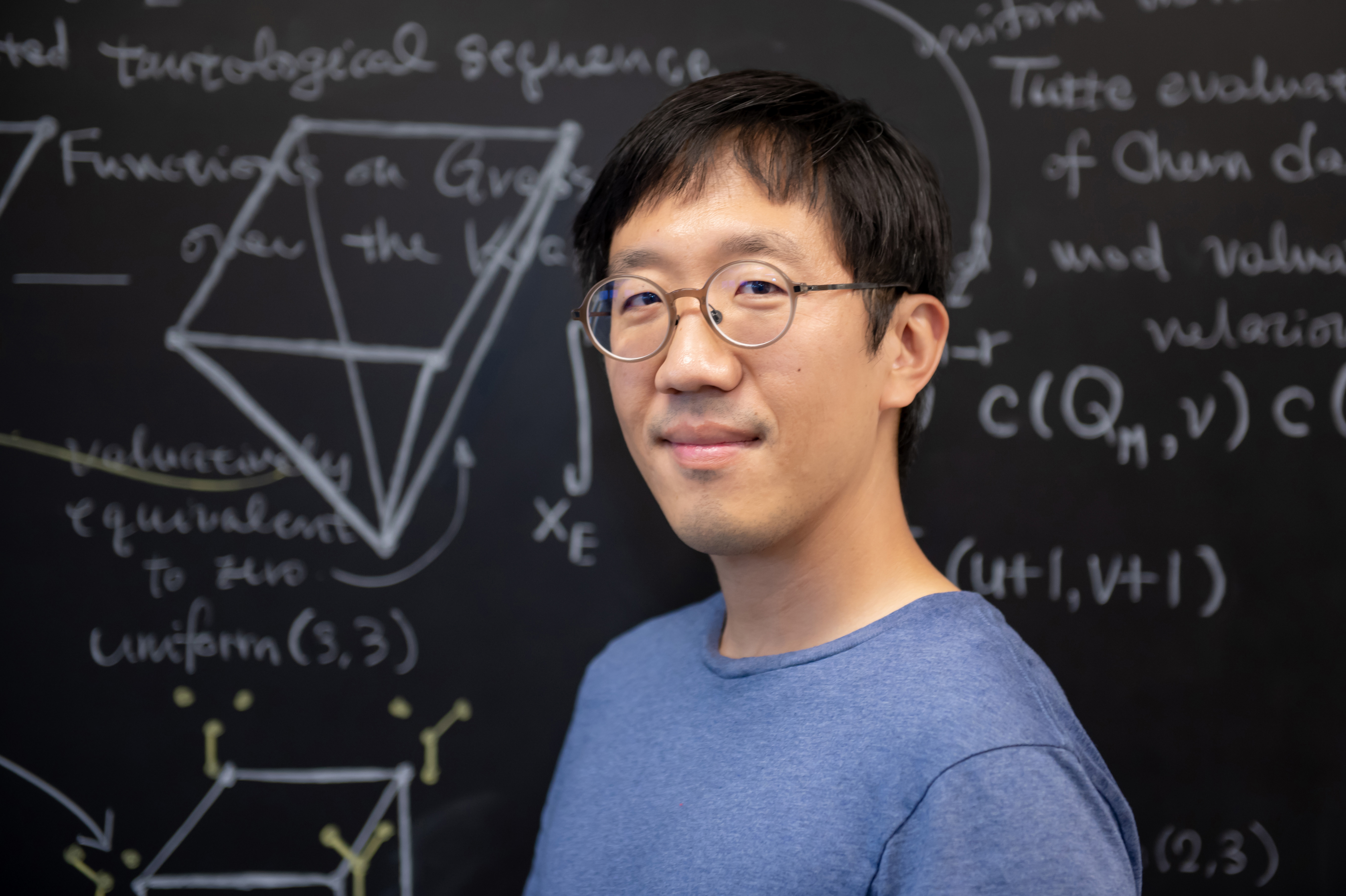