Capturing everyday encounters with people and places in works that invite recognition of our shared humanity. 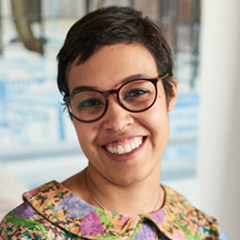 Jordan Casteel is a painter capturing moments of proximity with people and environments she has encountered on the streets of Harlem, within the New York subway, in her classrooms, and in the spaces occupied by those closest to her. Her paintings depict, in luminous hues and nearly life-size proportions, people of color and landscapes that convey relationships of mutual respect and care that extend beyond the canvas.

Casteel often centers her subjects in forward-facing, seated positions. The intimate bond formed between artist and sitter is revealed from the self-possessed expressions of her subjects, which invite a direct connection with the viewer. The paintings are pieced together from multiple photographs that reference a shared moment in time, during which relationships are cultivated that continue to flourish long after the work is completed. This practice can be witnessed when sitters and their family members participate in museum exhibitions of works that bear their names as titles—Yahya, Q, Yvonne and James—ensuring that they are seen as collaborators in the composition of each painting. The works in Casteel’s Visible Man series (2013–2014) redirected the gaze of all-too-common depictions of Black men in media. Her intensely personal and emotionally resonant renderings of male nudes highlight her subjects’ vulnerability and affirm their individuality. Casteel also invites the viewer to consider “Blackness” as a concept and social construct through her experimental use of color. Her figures’ skin often glows with patches of red, yellow, lavender, or pink, complementing their vibrant surroundings. The Baayfalls (2017) is a painting from a later series focused on the streets of Harlem. It features Fallou Wadje, a Senegalese-born designer who sold her hats and jewelry outside of the Studio Museum of Harlem, and her brother Baaye Demba Sow, a member of the Baye Fall Brotherhood—a Sufi Islamic sect. Casteel reverentially attends to each detail of the pair’s boldly patterned clothing and to Fallou’s hand gesture signifying Allah. Originally painted on a six-by-seven-foot canvas, the portrait was recreated as a massive public mural for display along the High Line in New York.

Other recent works, which feature students and family members in settings of their choosing, expand upon Casteel’s commitment to broadening whose likenesses appear in museum and gallery spaces. By honoring the surroundings and people that she sees day-to-day, Casteel prompts viewers to meet the gaze of others and to recognize our shared humanity.

Jordan Casteel received a BA (2011) from Agnes Scott College and an MFA (2014) from Yale University. From 2016 to 2021, she served as an associate professor of painting in the Department of Arts, Culture, and Media at Rutgers University at Newark. Casteel has presented solo exhibitions at the New Museum in New York, the Denver Art Museum, and the Iris & B. Gerald Cantor Center for Visual Arts at Stanford University. Her work is included in the permanent collections of Crystal Bridges Museum of American Art, AR; Denver Art Museum, CO; Metropolitan Museum of Art, NY; Museum of Contemporary Art, Los Angeles, CA; The Museum of Modern Art, NY; The Solomon R. Guggenheim Museum, NY; The Pérez Art Museum Miami, FL; Nasher Museum of Art at Duke University, NC; Memphis Brooks Museum of Art, TN; Minneapolis Institute of Art, MN; and the Studio Museum in Harlem, NY. 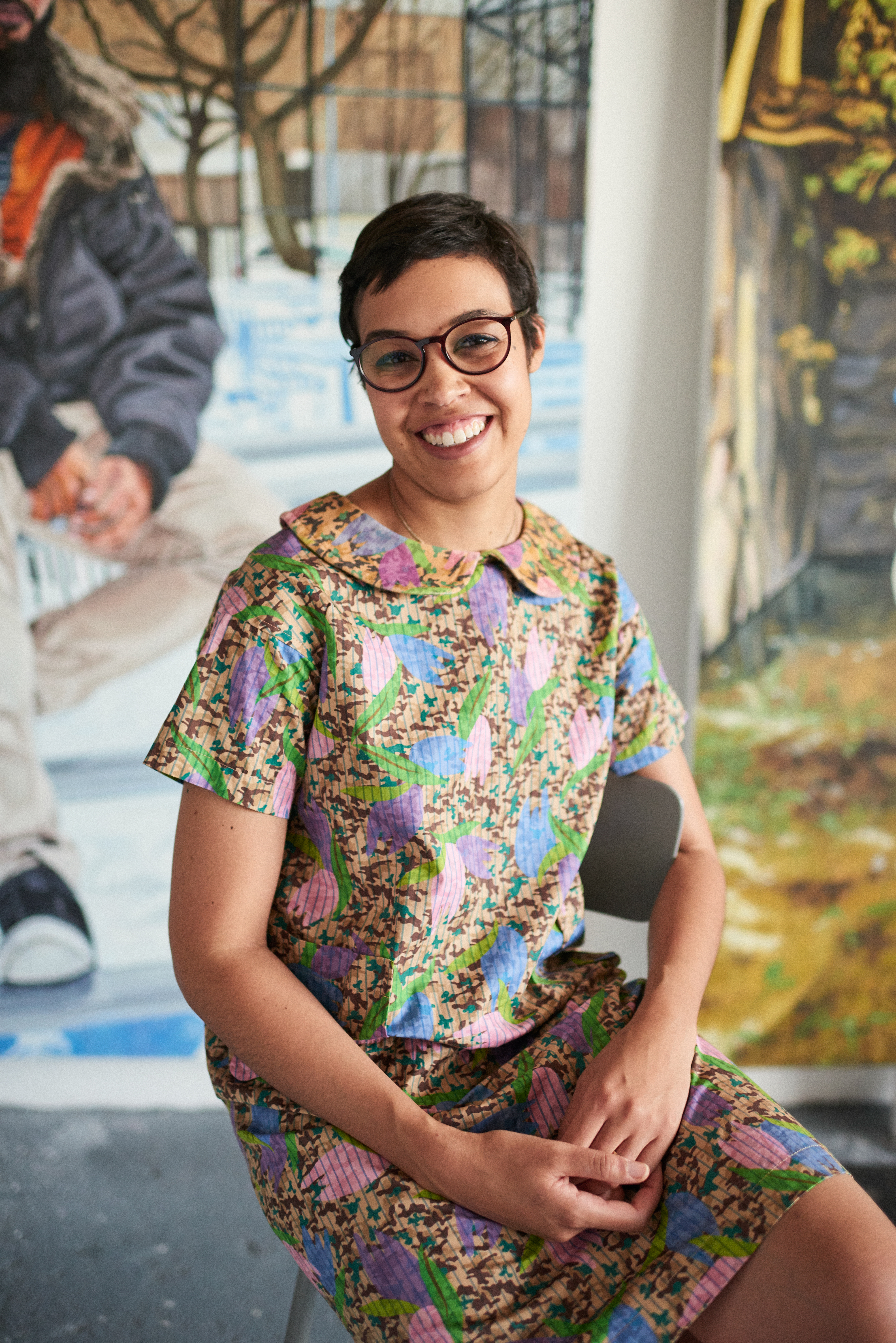 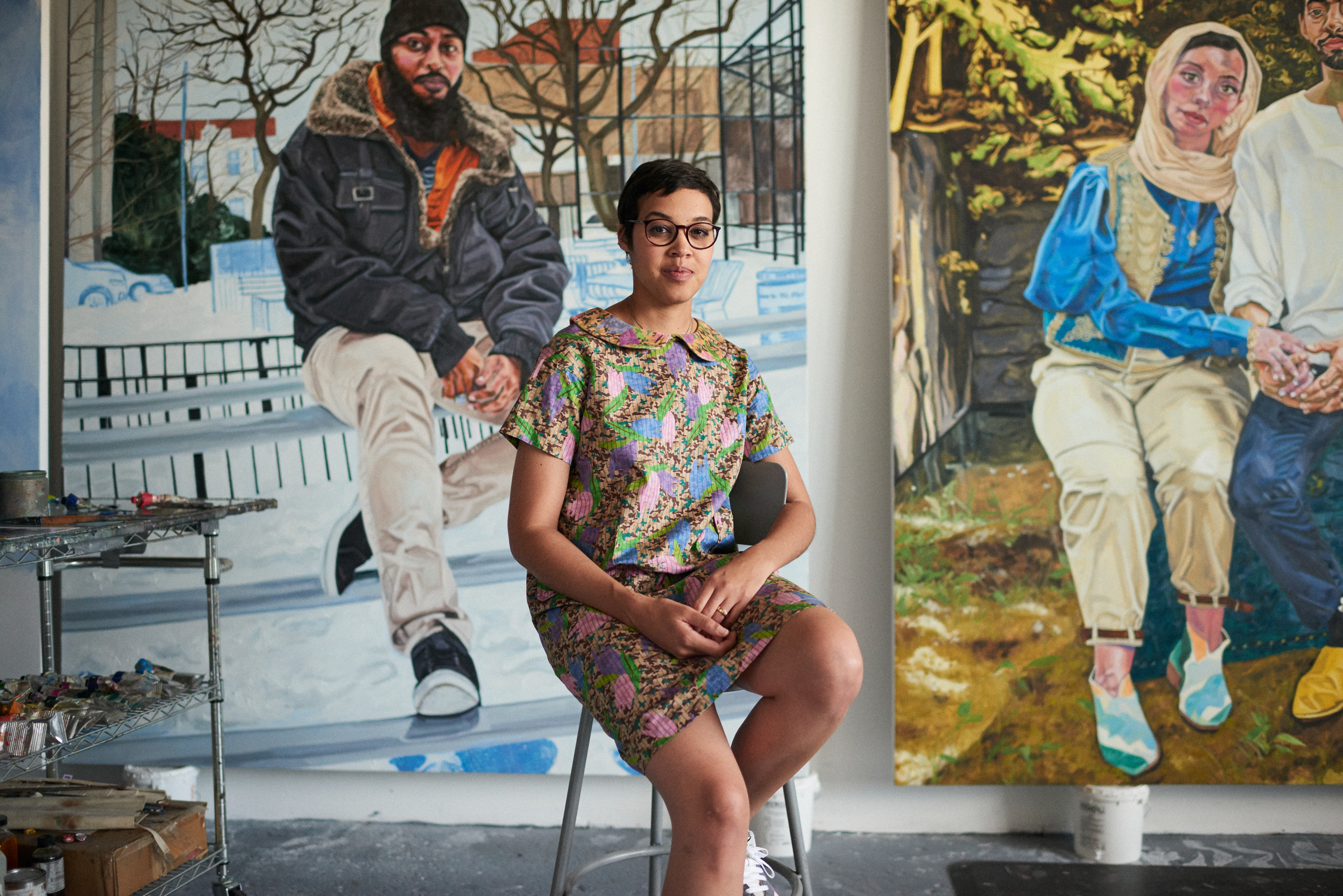 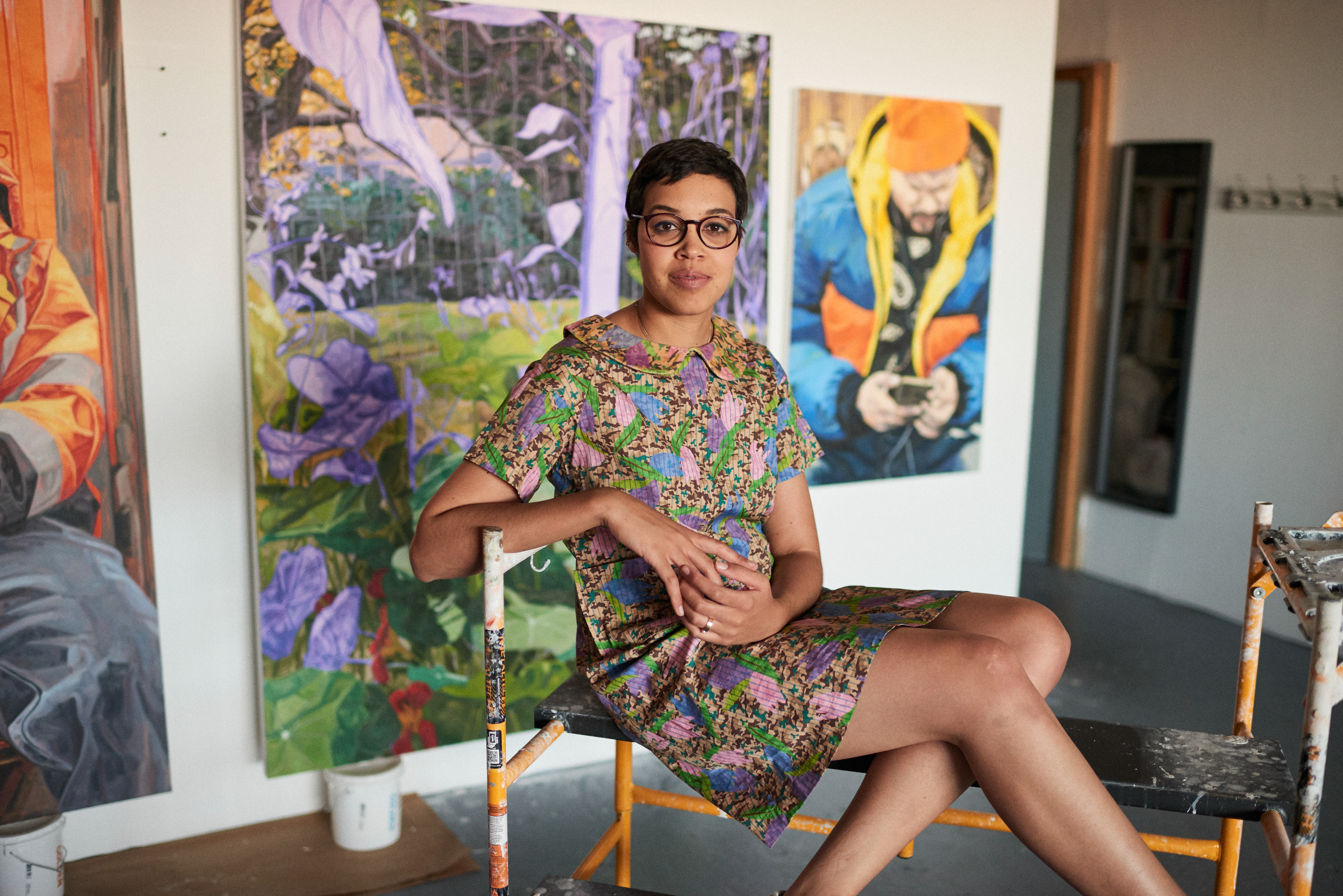 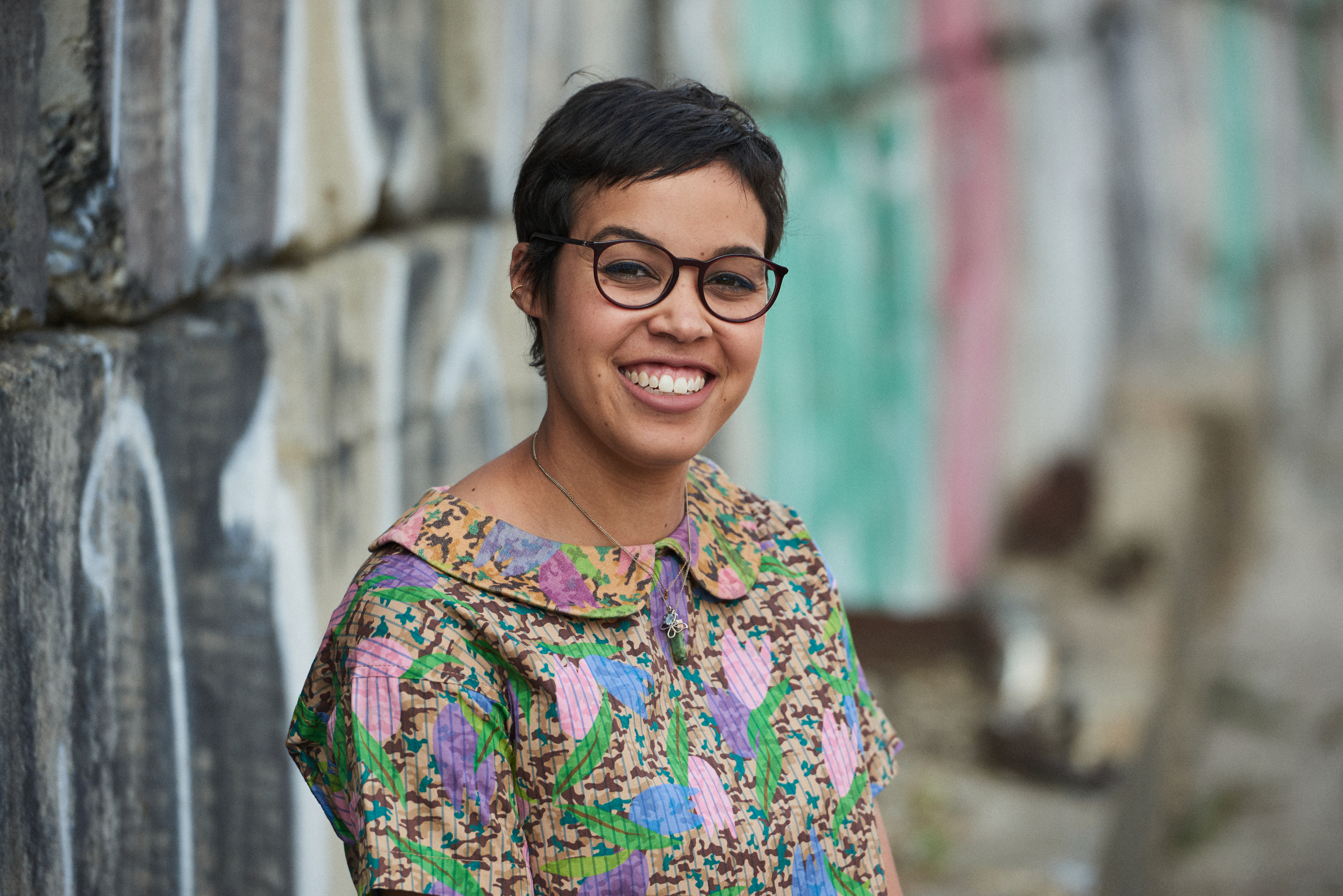 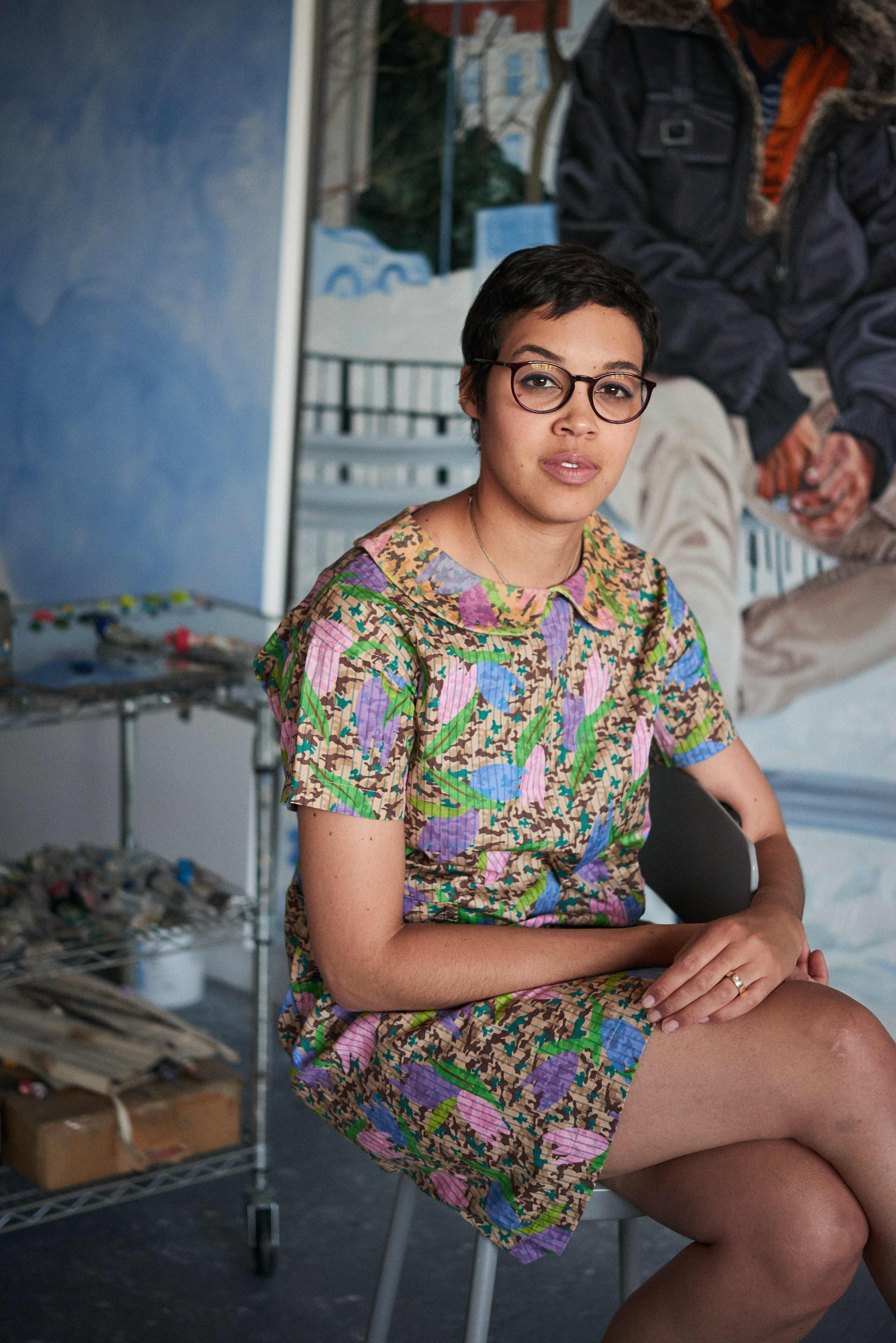 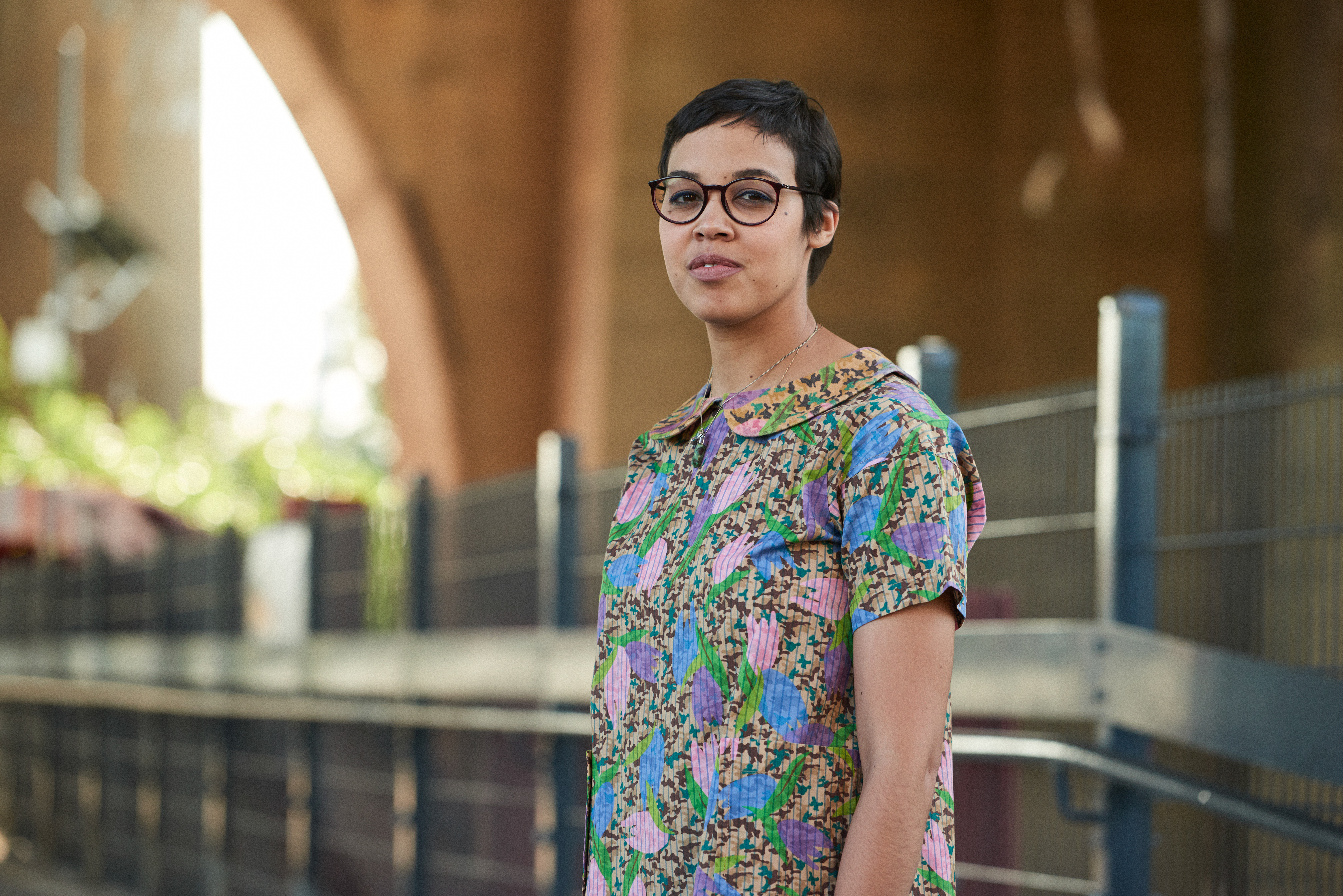