Bearing witness to the effects of military violence and U.S. imperialism on the civilians of the Korean Peninsula. 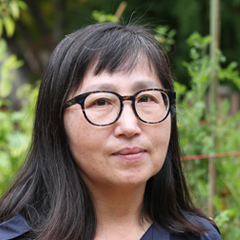 Don Mee Choi is a poet and translator grappling with the effects of military violence and U.S. imperial legacies on the Korean Peninsula. Born in Seoul during the military dictatorship of Park Chung Hee, Choi immigrated first to Hong Kong and then to the United States. In her three volumes of poetry and numerous essays, she explores themes of dislocation, fractured identities, trauma, and memory, while amplifying civilian voices that have been obscured by the history and looming threat of war in her homeland.

Formally, Choi employs a mixed-media approach in her two most recent collections. She intersperses sections of text with typographical experiments, handwritten documents, maps, drawings, archival materials, and photographs taken by her father, who covered war zones and uprisings in Korea and Vietnam as a photojournalist. Throughout her writing, she foregrounds the challenge of using English, the language of a dominant global power, to convey the experiences of those subjected to that power. She often intermixes English and Korean expressions as an interlingual mode of making meaning. Certain potent words and images—such as angels, migrating birds, orphans, and twins—recur in lines that call to mind divided selves that hover between languages in a state of perpetual homesickness. In Hardly War (2016), a hybrid of poetry, memoir, and an opera libretto, she plays and puns with the adverbs “hardly,” “partly,” and “narrowly” to dramatize the difficulty of capturing such horrors as the incendiary power of napalm. Choi chronicles her return to Korea in DMZ Colony (2020). Ruminations on her life beyond Korea and the scattering of family members across the globe are linked to international geopolitics and brutality against civilians during and after the Korean War. Survivors’ voices come into the book in a variety of ways, including through transcripts of interviews with a former political prisoner living near the demilitarized zone. Another section tells the stories of eight orphaned girls who survived the Sancheong-Hamyang massacre of 1951, in which 705 unarmed South Korean civilians were killed.

A prolific translator, Choi has also championed and brought the work of Korean poets into English. She has translated, most extensively, the vivid, visceral language of Kim Hyesoon, an influential feminist poet whose work has subverted expectations of traditional lyric poetry in Korea. Choi’s intertwined practices as poet and translator bear witness to otherwise unspeakable histories and expand the range of expressive possibilities for writers from diasporic and multilingual backgrounds.

Don Mee Choi received a BFA (1984) and MFA (1986) from the California Institute of the Arts. She currently serves as an instructor in the College and Career Pathways program at Renton Technical College. Choi’s additional poetry collections include The Morning News Is Exciting (2010), and she has translated a number of books from Korean to English. These translated works include Autobiography of Death (2018), I’m OK, I’m Pig! (2014), Sorrowtoothpaste Mirrorcream (2014), and All the Garbage of the World, Unite! (2011), all by Kim Hyesoon, as well as the anthology Anxiety of Words: Contemporary Poetry by Korean Women (2006) and the co‑translated collection of Yi Sang: Selected Works (2020). Her solo art show DMZ Colony: Exhibition of a Book was held at the daadgalerie in Berlin in 2020. 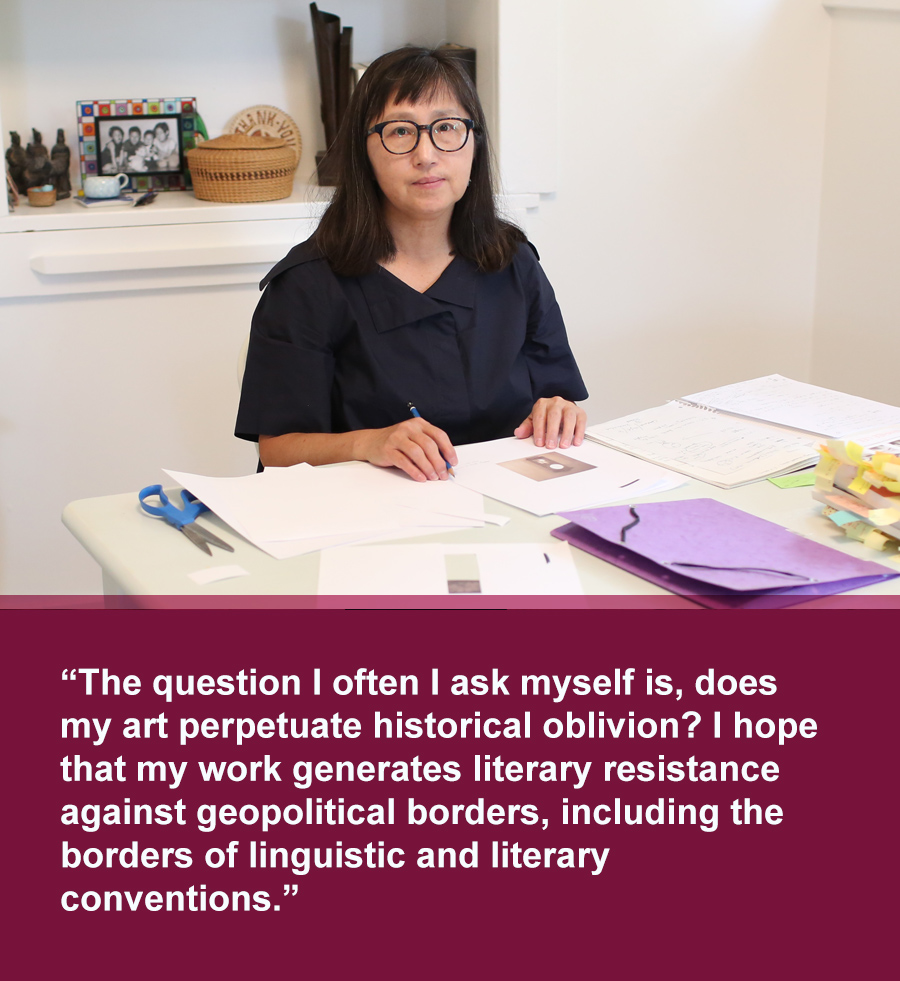 In Hardly War, I was seeking a different language—a language of war and wounds. And in DMZ Colony, I needed a language that could orbit around overlapping memory—a language of return, which demanded that I expand the parameters of my poetry even more by interweaving poetry, prose, photographs, and drawings. In his last essay, “What is the Creative Act?” Deleuze notes “there is a fundamental affinity with the work of art and the act of resistance. . . all works of art are not acts of resistance, but in another way they are.” The question I often I ask myself is, does my art perpetuate historical oblivion? I hope that my work generates literary resistance against geopolitical borders, including the borders of linguistic and literary conventions. 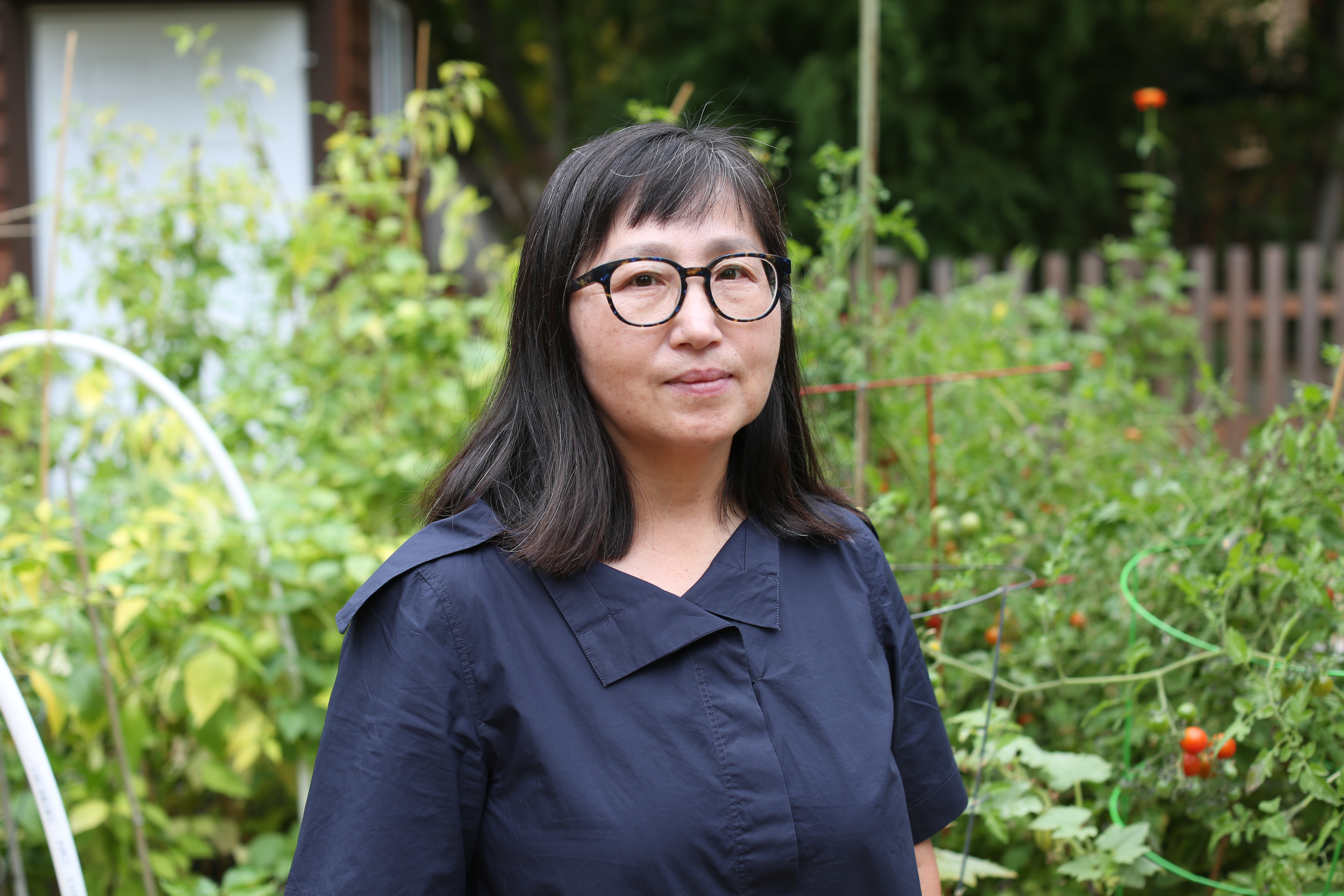 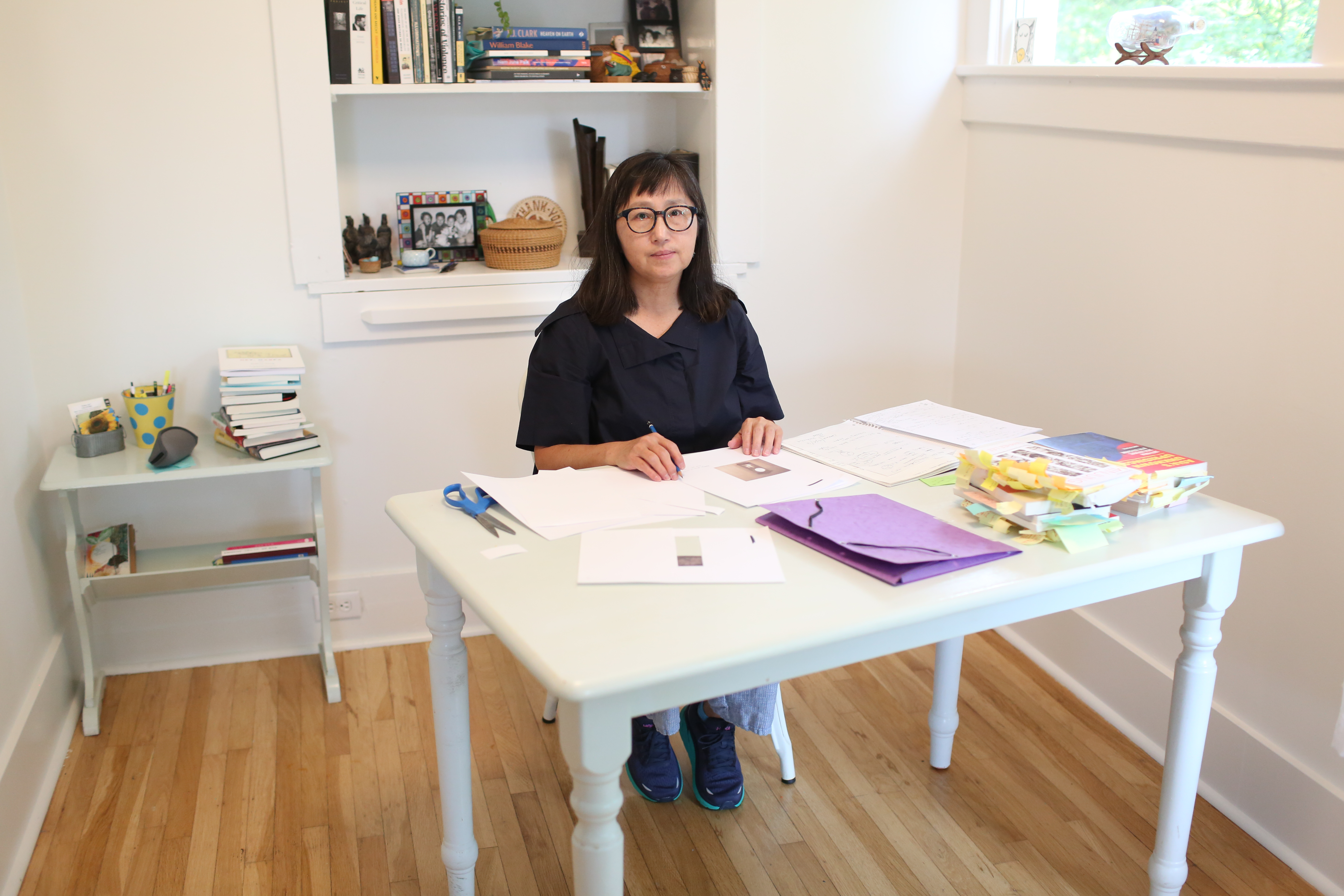 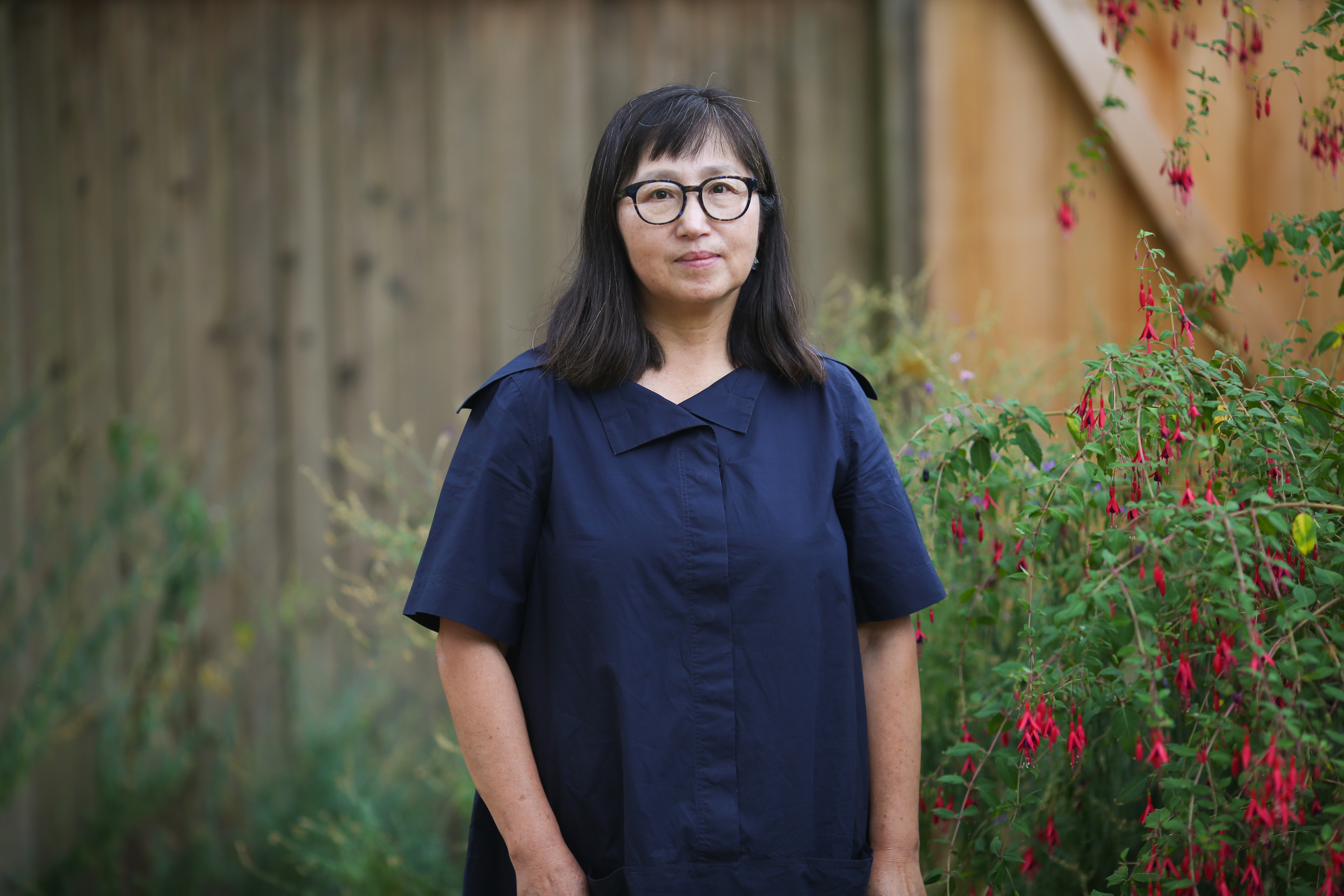 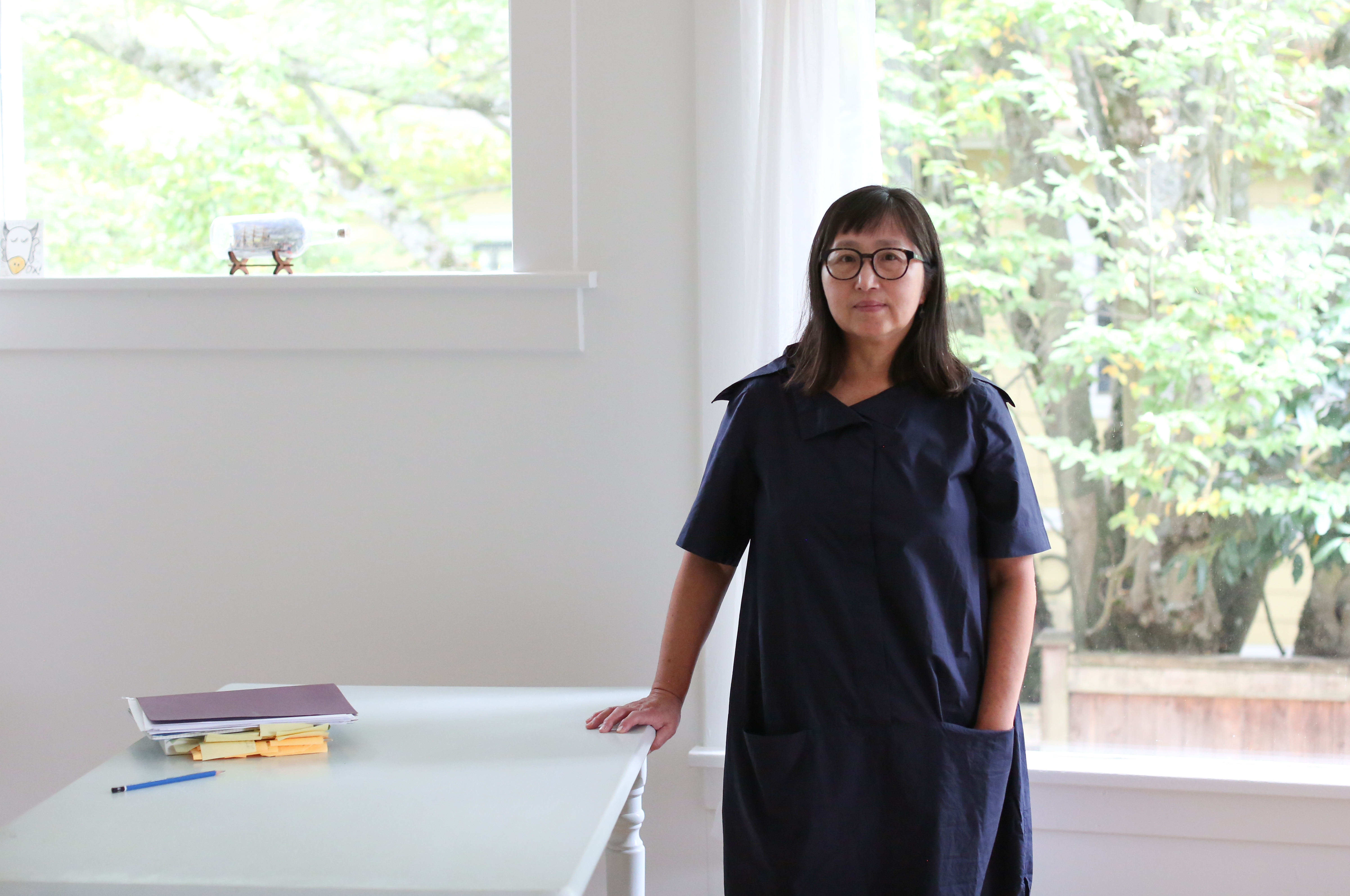 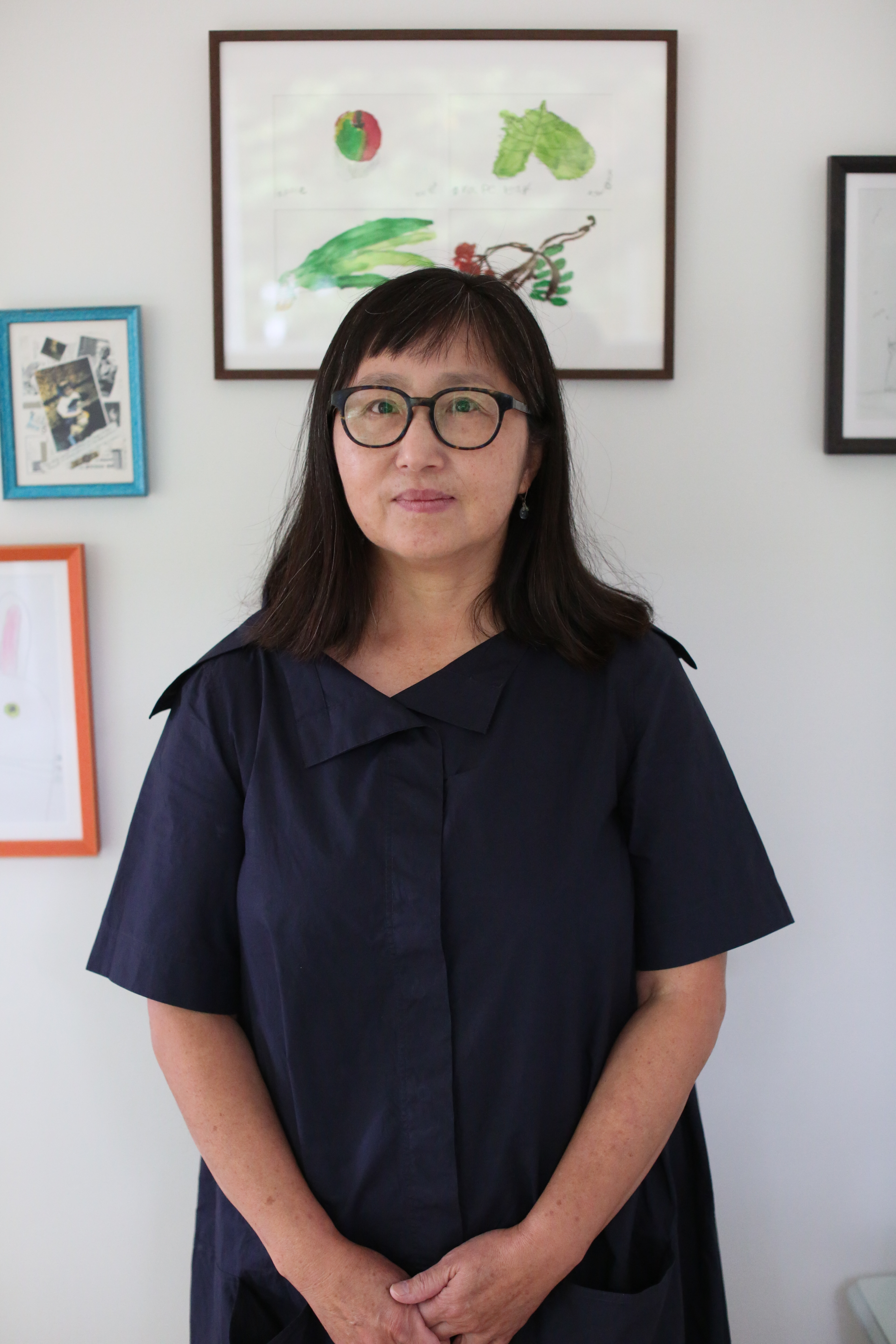 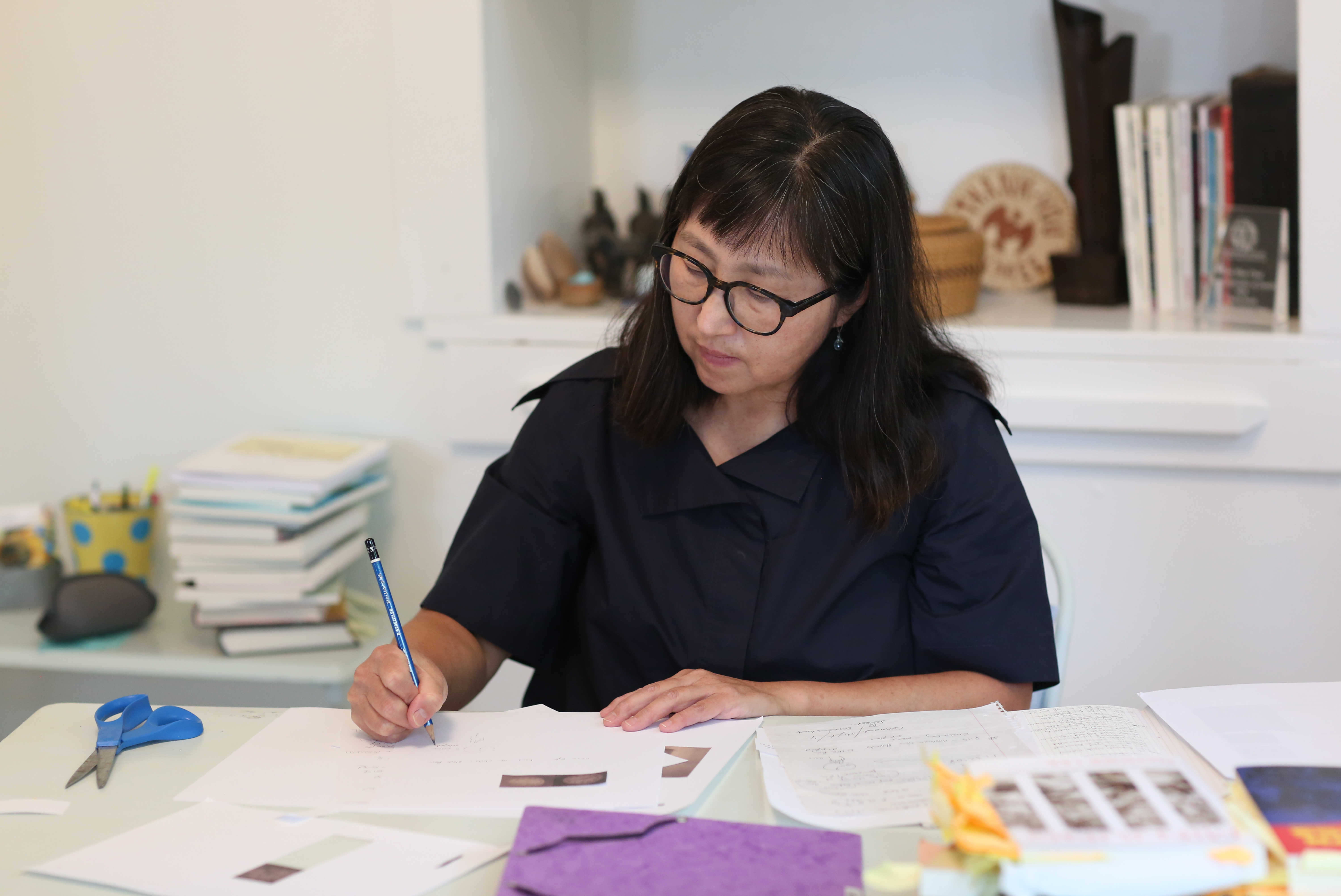