Guitarist and Composer | Class of 2019

Experimenting at the intersection of jazz and rock with a signature sound on her instrument and an aesthetic that evolves and surprises with each new album and configuration of bandmates. 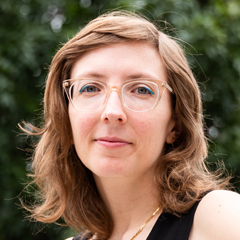 Mary Halvorson is a guitarist, ensemble leader, and composer who is pushing against established musical categories with a singular sound on her instrument and an aesthetic that evolves with each new album and configuration of bandmates. She melds her jazz roots with elements of experimental rock, folk, and other musical traditions, reflecting a wide range of stylistic influences.

Halvorson’s guitar playing is distinguished by her percussive picking style and the distinctive clarity of tone she produces on her vintage Guild hollow-body guitar, which she amplifies with subtle, pitch-bending electronic interventions. She is equally adept at picking out delicate and nuanced melodic lines and producing a spray of atmospheric noise. Over the past dozen years, she has performed solo and in settings ranging from intimate chamber jazz ensembles to genre-crossing groups of five, seven, and eight players. Her debut album as a bandleader, Dragon’s Head (2008), features her original compositions written for a trio of guitar, string bass, and drums. On Away with You (2016), she leads an octet that fluidly blends the timbres of a brass section with the dramatic effects of a pedal steel guitar, an instrument more frequently associated with country music than with jazz. For the ambitious double album Code Girl (2018), Halvorson composed both original music and lyrics for a quintet that includes her longtime, three-player collective, Thumbscrew, joined by a vocalist and trumpeter. Each track on the album showcases her interest in finding ever more imaginative ways to build intricate musical structures with ample space for improvisation and organic collaboration and to balance striking harmonies with moments of dissonance and distortion.

A virtuosic performer and adventurous composer, Halvorson defies convention with her idiosyncratic, sonic explorations at the intersection of jazz and rock.

Mary Halvorson received a BA (2002) from Wesleyan University. Her additional albums as a solo performer or leader include Saturn Sings (2010), Bending Bridges (2012), Illusionary Sea (2014), and Meltframe (2015), and she has performed on numerous other recordings as a side musician or co-leader. Since 2018, Halvorson has served as an instructor at The New School’s College of Performing Arts. She has performed at such national and international venues and festivals as the Kennedy Center for the Performing Arts, the Newport Jazz Festival, the Berlin Jazz Festival, and the Village Vanguard, among many others. 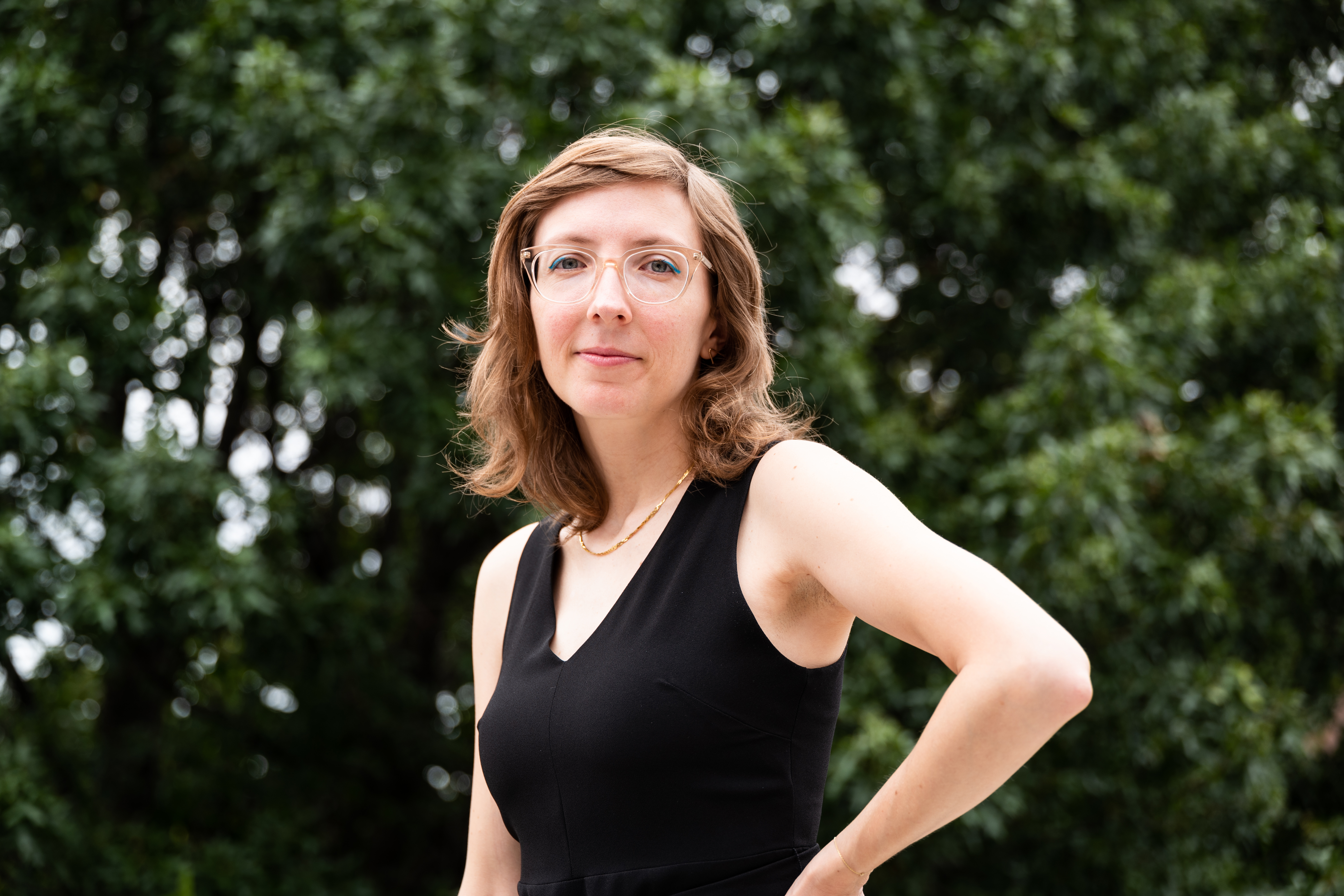 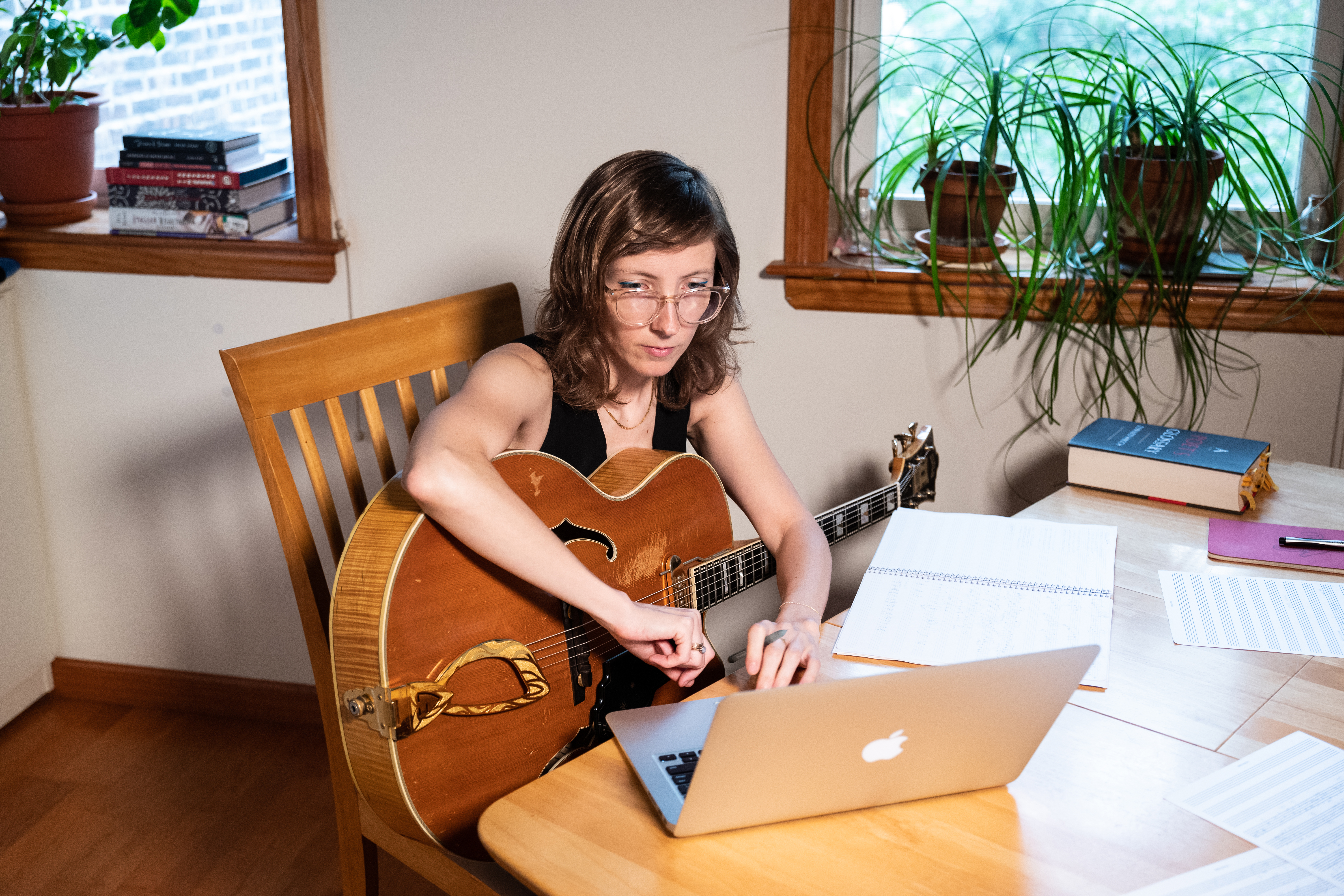 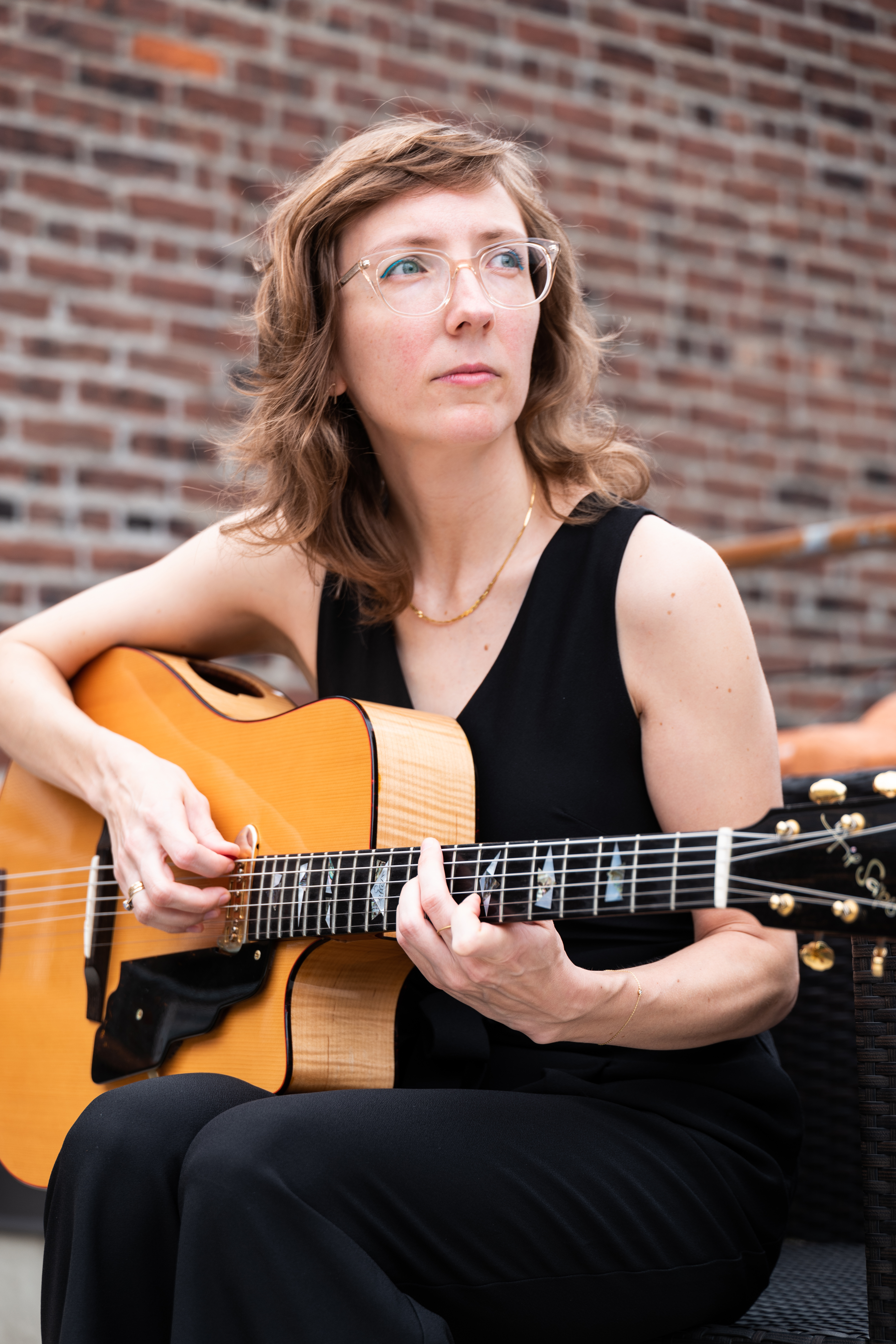 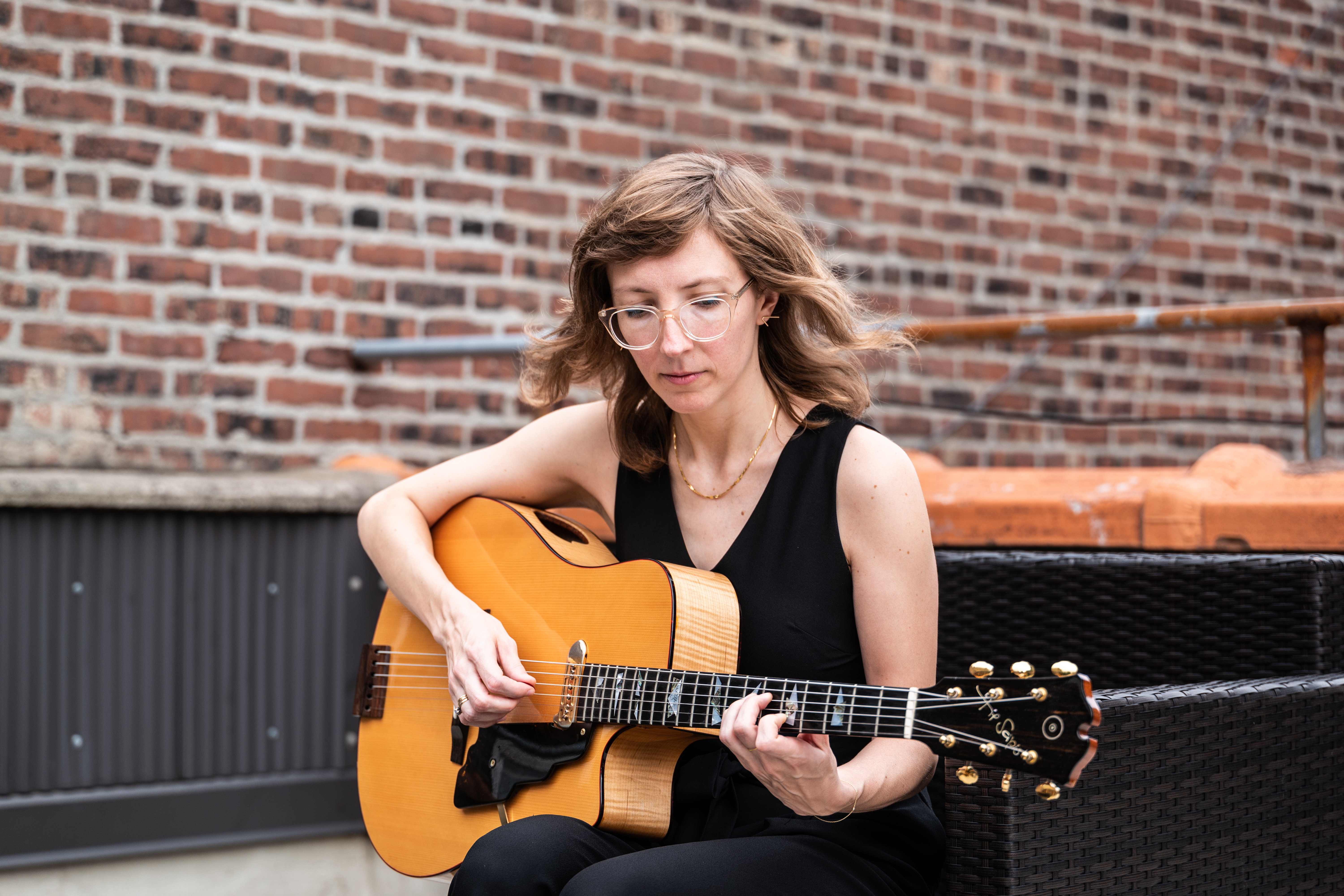 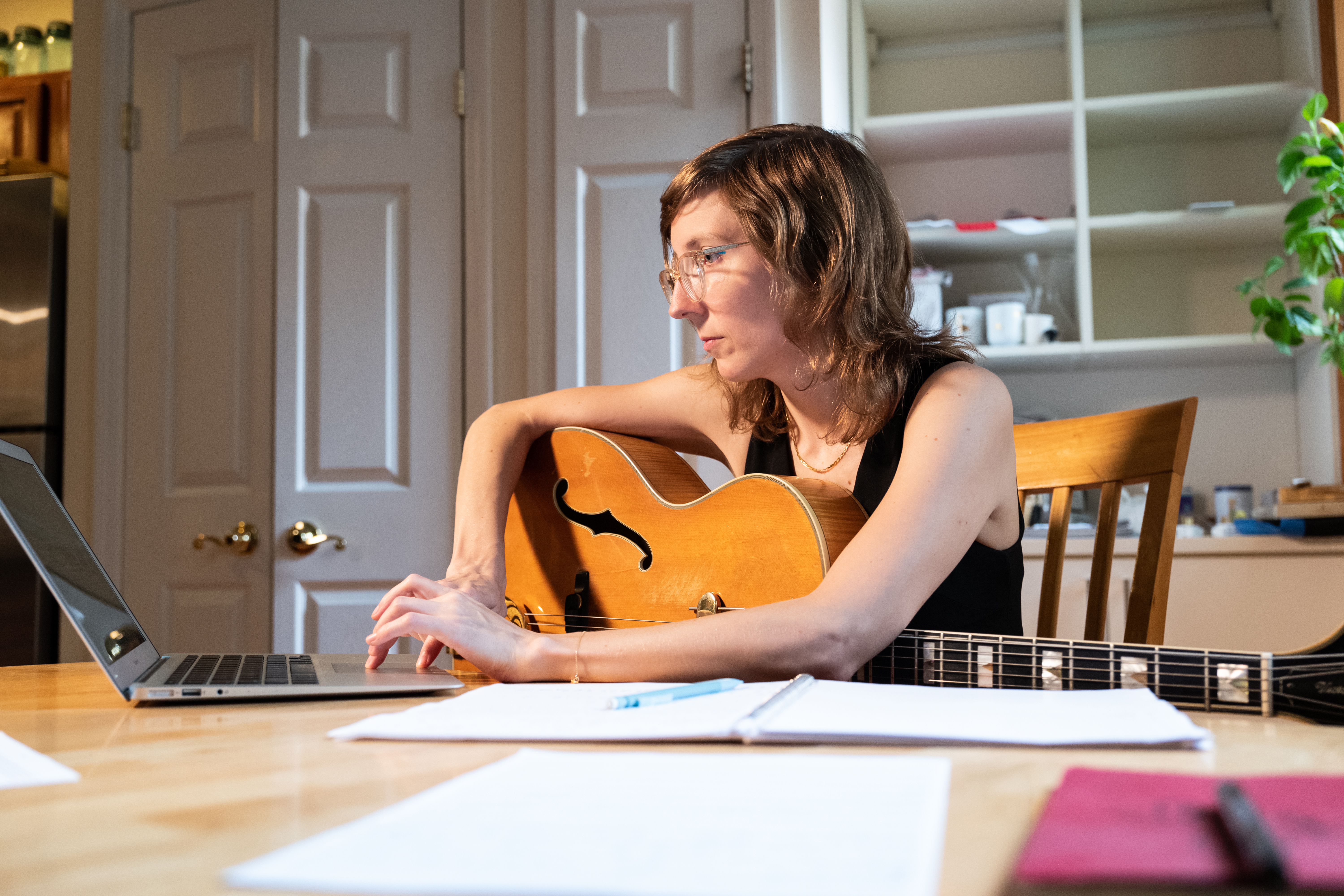 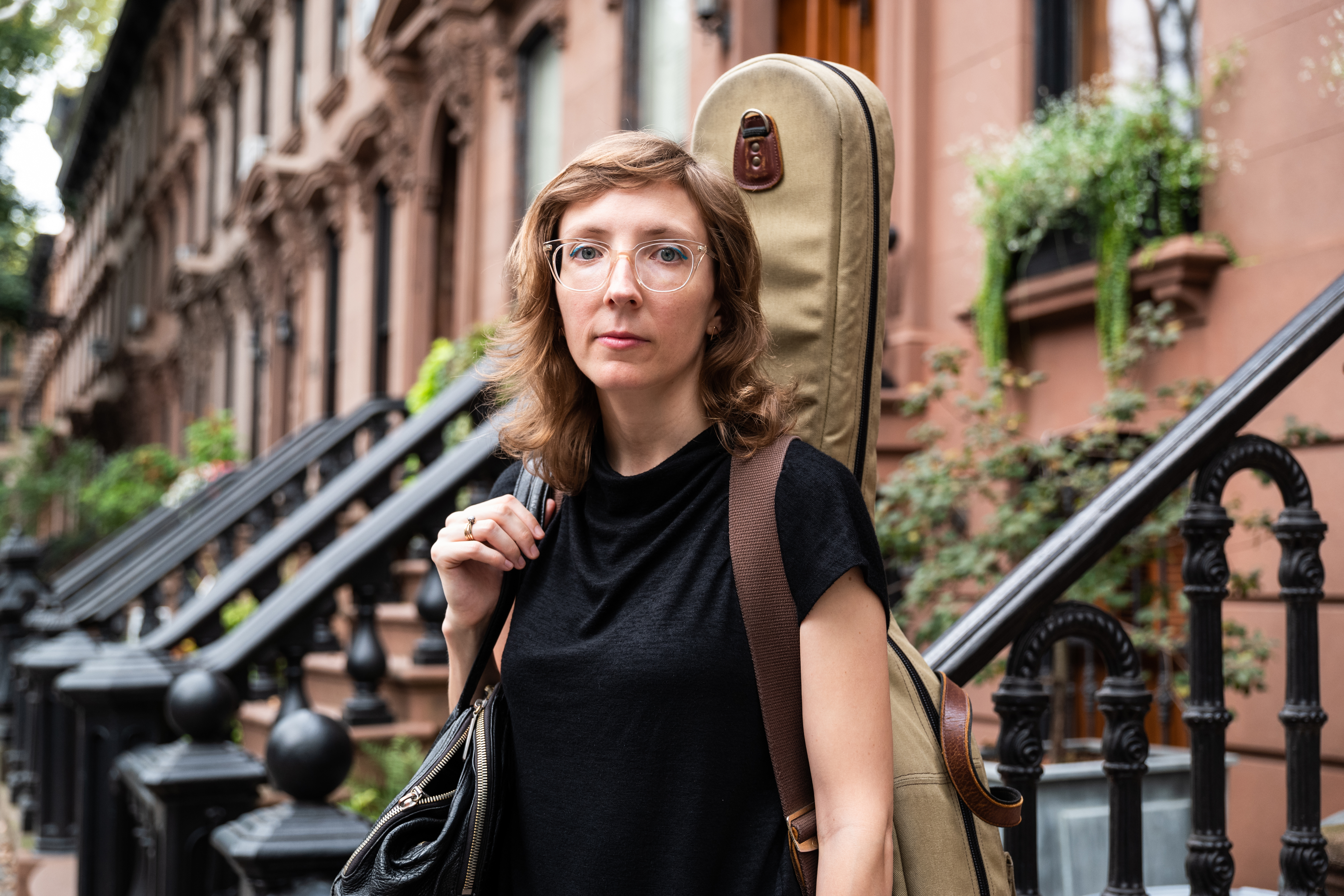