Inspiring creative engagement through original graphic works and a teaching practice centered on the role of image making in communication. 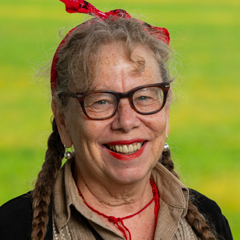 Lynda Barry is an educator, cartoonist, and graphic novelist unleashing the creative powers in others through a teaching practice centered on image making and writing. Barry is well known for her decades-long career as a cartoonist and graphic novelist. In “Ernie Pook’s Comeek,” her weekly comic strip in alternative newspapers, and graphic novels such as The Good Times Are Killing Me (1988) and One! Hundred! Demons! (2002), she broadened the psychological dimensions of the format and demonstrated an uncanny capacity to depict the intense emotions of adolescence. Over the past several years, Barry has turned her focus to education and enabling others to discover their own creativity.

In her “Writing the Unthinkable” workshops, she leads students through exercises that emphasize the physical process of writing and drawing, often under time pressure, to stimulate creative thinking: examples of the exercises include drawing a three-minute self-portrait on an index card; keeping a five-minute daily diary of remembered observations from the previous day; filling sixteen frames with specific images, such as faces, while listening to poetry or music. Barry believes that art provides an alternate lens through which to view ideas and can play an important role in all levels of education. Her Drawbridge program pairs graduate students with four-year-old children in exploration of a topic (such as the difference between the mind and brain), giving graduate students new insight into their research problems as they are forced to use a visual approach, rather than words, to explain them.

In addition to workshops and prolific social media engagement, Barry has shared her teaching approach in a number of publications. What It Is (2008) and Picture This (2010) are playful, interactive workbooks that combine prose with illustrations, incorporating collage, doodles, and handwriting layered onto yellow legal paper. The activity prompts and questions that follow encourage authentic expression and enhanced self-awareness through writing, drawing, thinking, and listening. Her follow-up publication, Syllabus (2014), is a collection of illustrated syllabi that guides the reader through a deliberate practice aimed at discovering novel ways of communicating ideas. Exuberant and generous as a teacher, Barry is removing the barriers that usually prevent people from writing and drawing and enabling artists and non-artists alike to take creative risks.

Lynda Barry received a BA (1978) from Evergreen State College. She has been affiliated with the University of Wisconsin at Madison since 2012 and is currently Associate Professor of Interdisciplinary Creativity in the Department of Art. Barry’s additional publications include the illustrated novel Cruddy (1999) and the forthcoming Making Comics (November 2019). 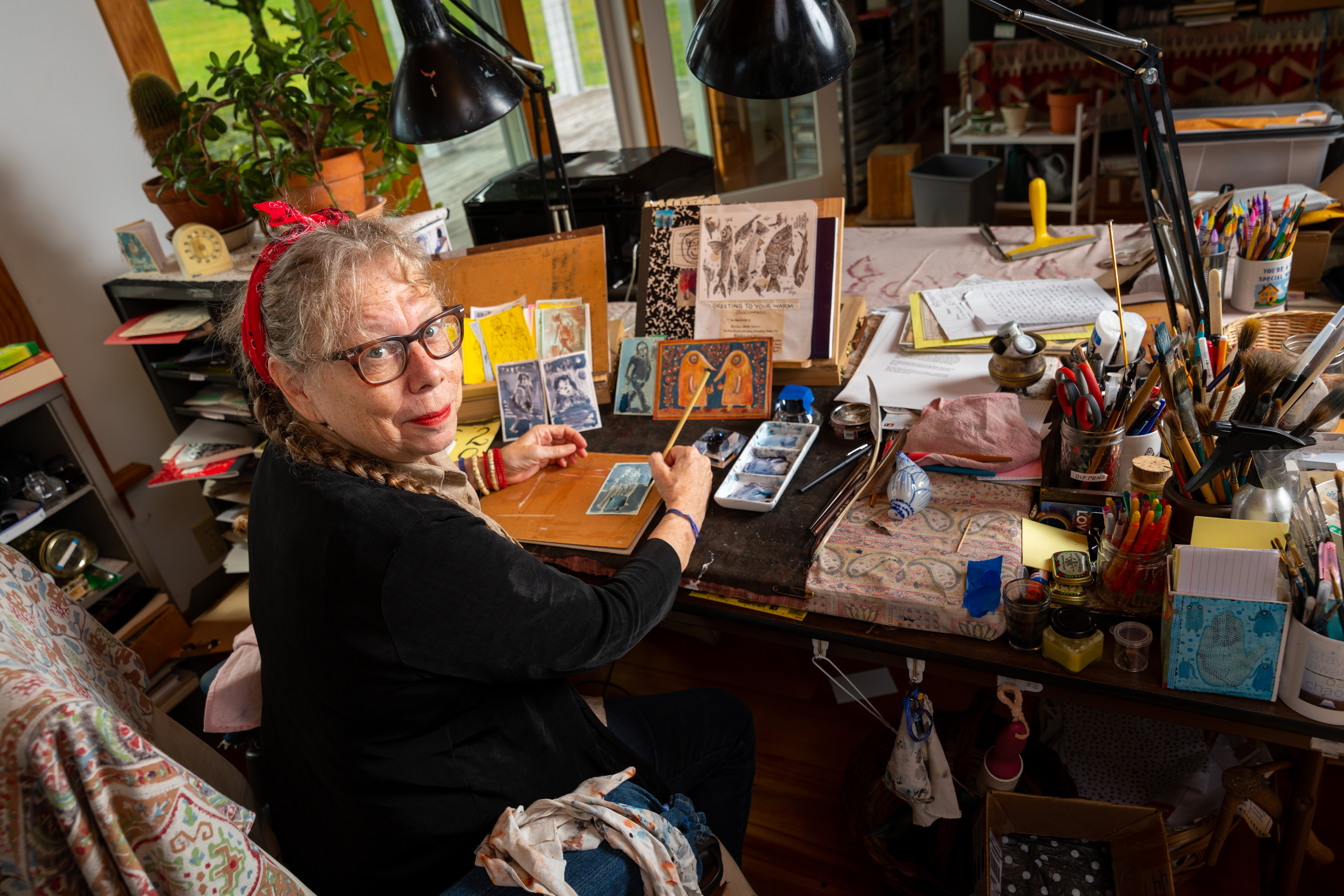 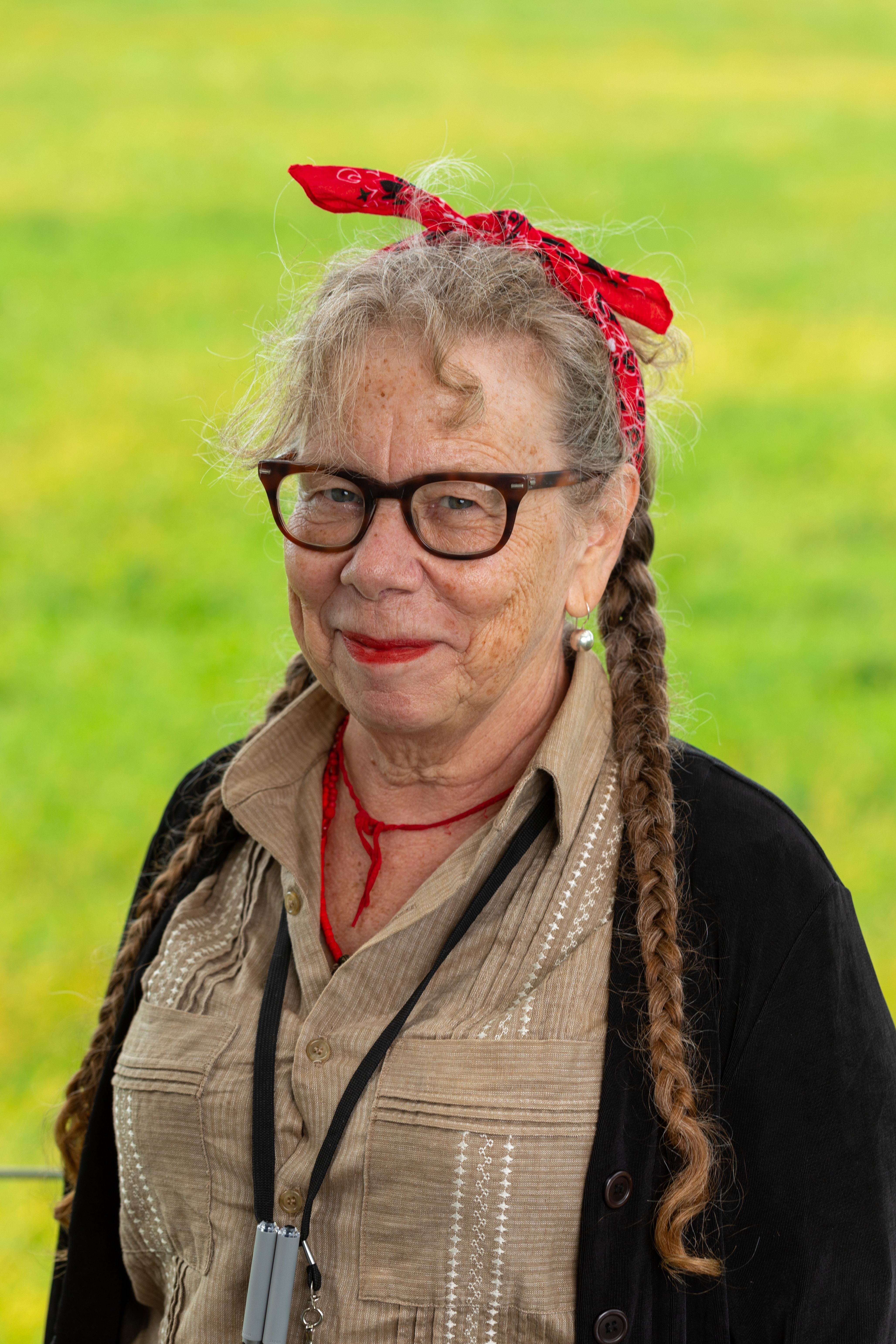 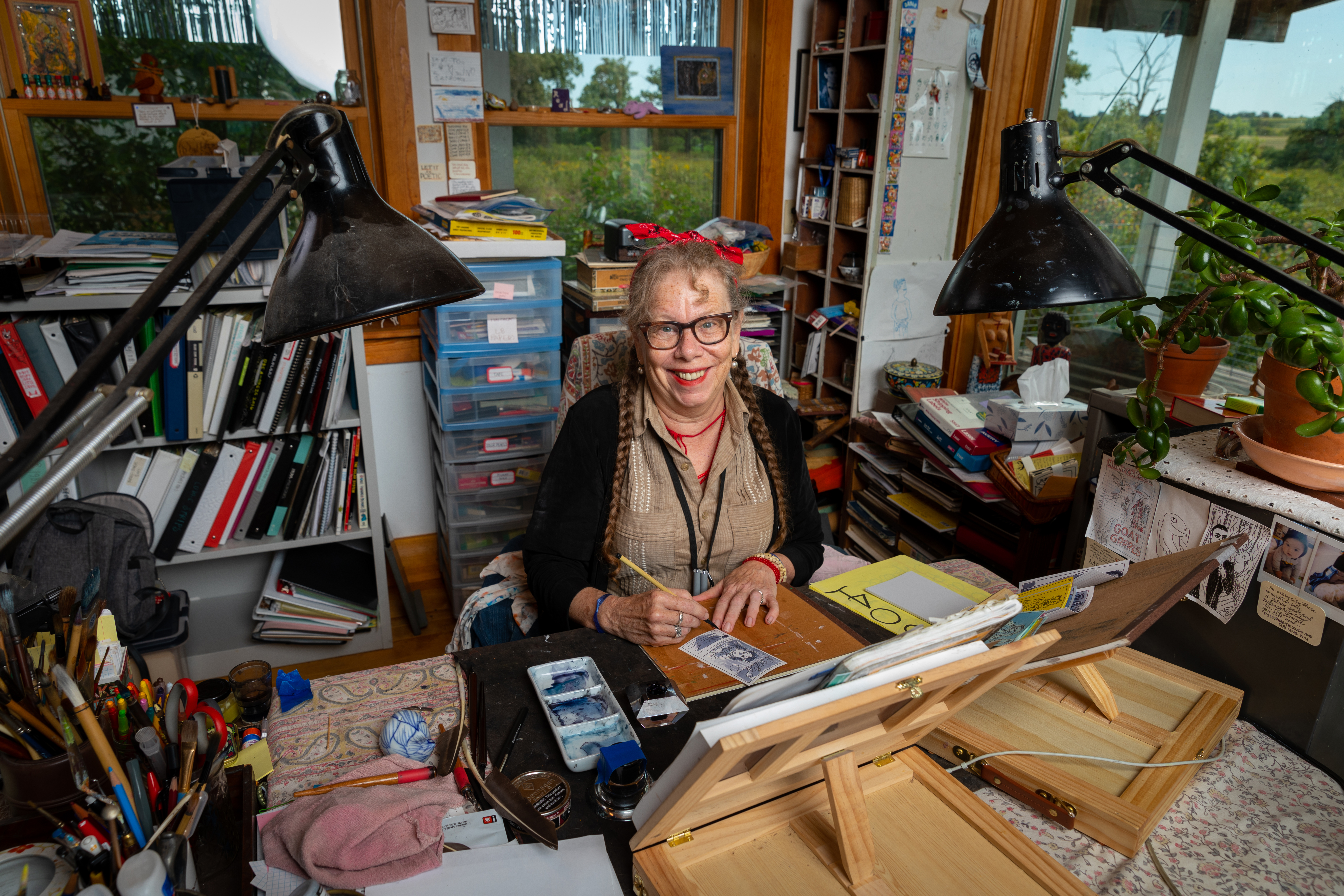 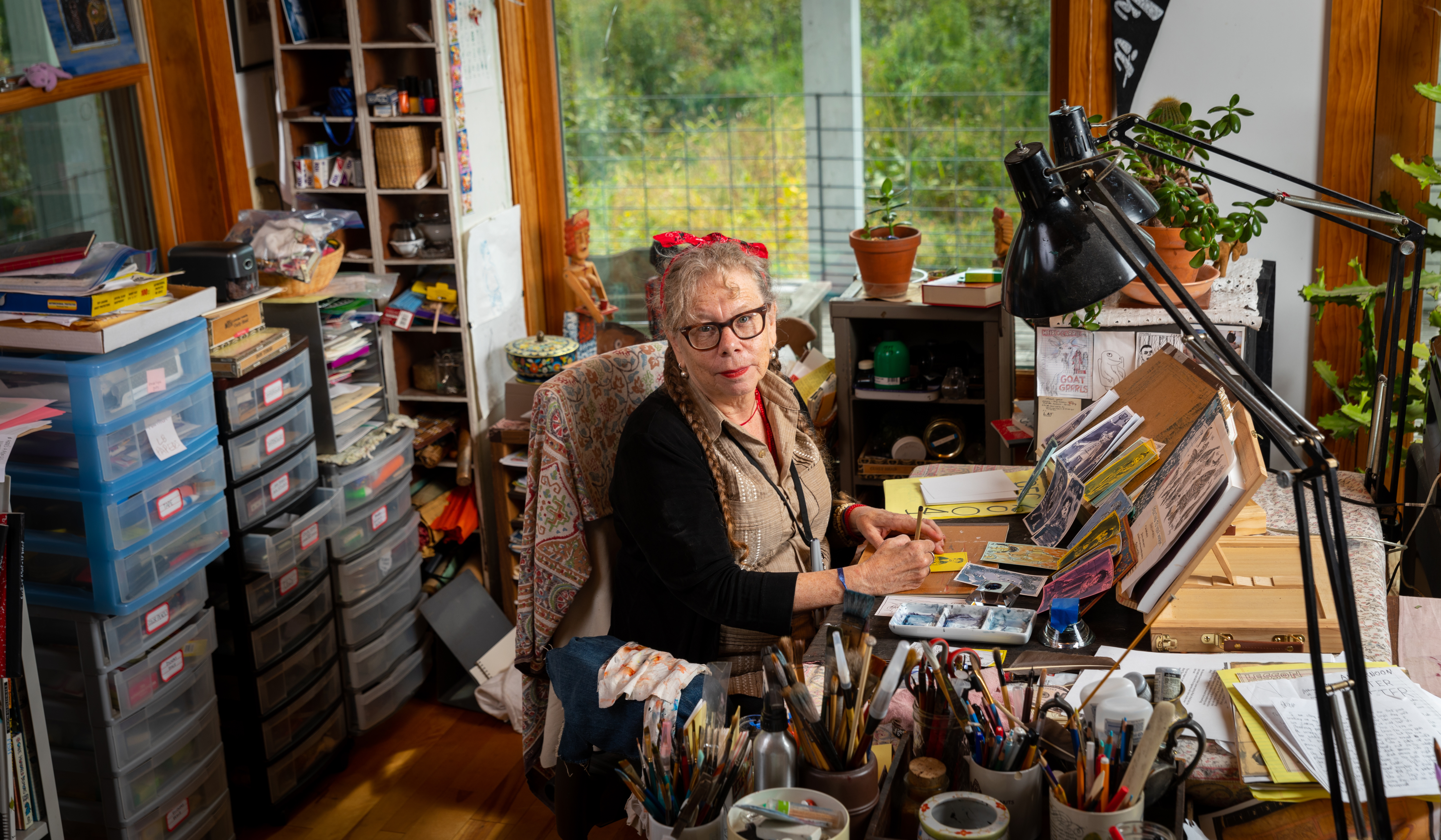 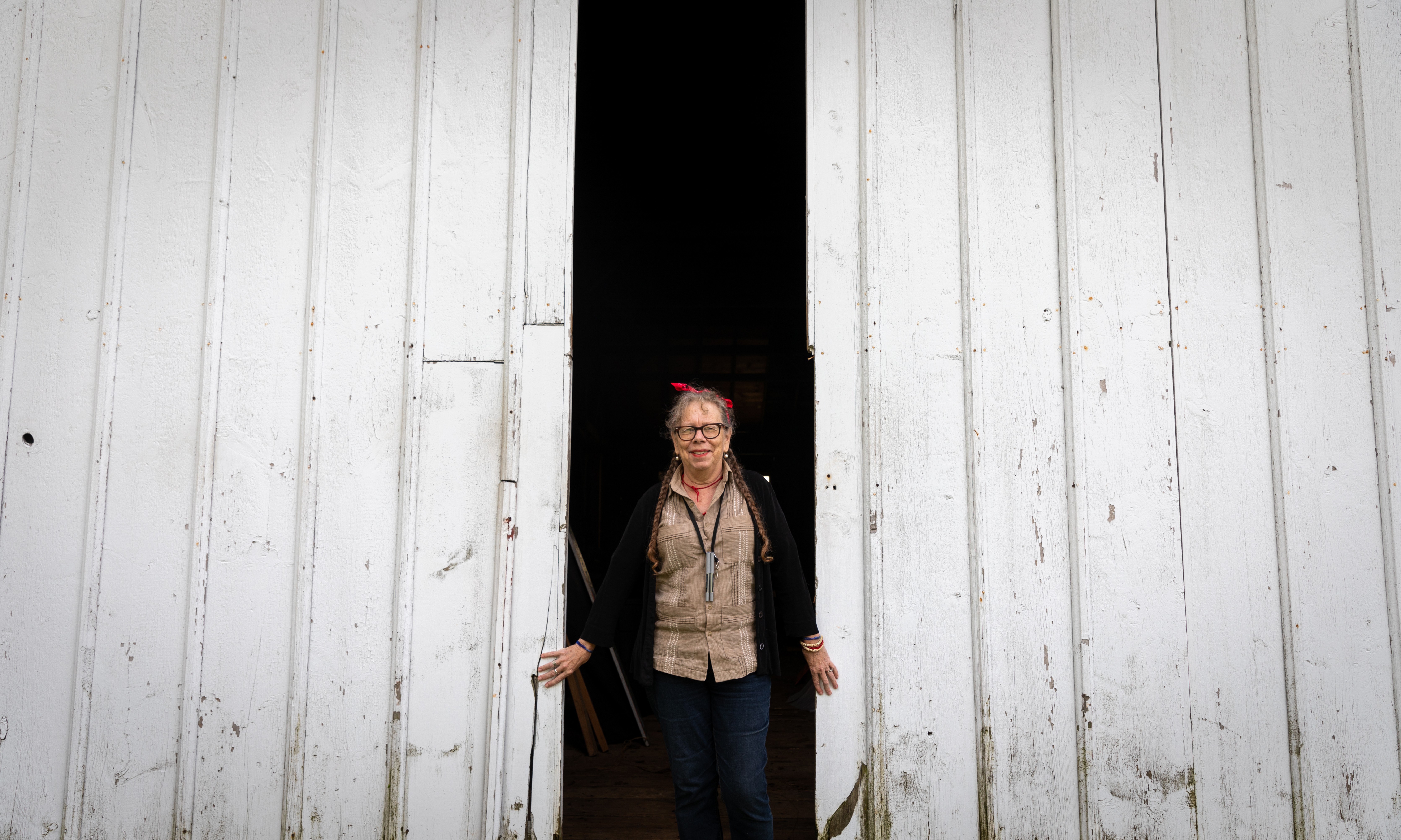