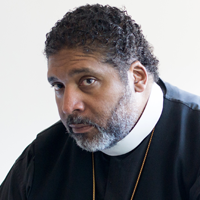 William J. Barber II is a pastor and social justice advocate building a broad-based grassroots movement grounded in the moral tenets of faith-based communities and the United States Constitution to confront racial and economic inequalities in America today. As pastor of Greenleaf Christian Church in Goldsboro, North Carolina (since 1993), and president of the North Carolina conference of the NAACP (2005–2017), Barber approaches social justice through the lens of the ethical and moral treatment of people as laid out in the Christian Bible, the Reconstruction and civil rights movements of the South, and the U.S., Constitution.

He is effective at building unusually inclusive fusion coalitions that are multiracial and interfaith, reach across gender, age, and class lines, and are dedicated to addressing poverty, inequality, and systemic racism. When his work to expand voting rights, health care, living wages, immigrant rights, public education and LGBTQ rights was thwarted by state lawmakers in North Carolina, Barber began a series of “Moral Monday” rallies outside of the statehouse in Raleigh to protest laws that suppressed voter turnout, cut funding for public education and health care, and further disenfranchised poor white, black, First Nations, and LGBTQ communities. The Moral Monday marches and associated nonviolent acts of civil disobedience grew to involve tens of thousands of participants across North Carolina and spread to other states. The movement waged successful legal challenges to voter suppression and racial gerrymandering and engaged in massive voter registration and education efforts.

Barber founded Repairers of the Breach, a national leadership development organization, in 2014 to expand upon the Moral Monday movement, and in 2017, he and colleagues launched a revival of the 1968 Poor People’s Campaign that was originally spearheaded by Dr. Martin Luther King Jr. and many others. To recast the movement for the twenty-first century, the Campaign conducted an audit of systemic racism, poverty, ecological devastation, and the war economy in the United States since 1968. The findings of the audit have been used to inform and build state and local, nonpartisan fusion movements committed to challenging laws and policies that are antithetical to these four broad tenets of social justice. Merging moral and activist traditions, Barber is providing a faith-based framework for action that strengthens civic engagement and inspires the country to imagine a more humane society.

William J. Barber II received a B.A. (1985) from North Carolina Central University, an M.Div. (1989) from Duke University, and a D.Min. (2003) from Drew University. From 2006 to 2017, Barber was president of the North Carolina chapter of the NAACP and he has been a member of the national board of the NAACP since 2005. He is also a distinguished visiting professor at Union Theological Seminary. Barber’s publications include the co-authored books Forward Together: A Moral Message for the Nation (2014), The Third Reconstruction: Moral Mondays, Fusion Politics, and the Rise of a New Justice Movement (2016), and Revive Us Again: Vision and Action in Moral Organizing (2018), and he is a contributing op-ed writer for The New York Times, CNN, MSNBC and The Washington Post. 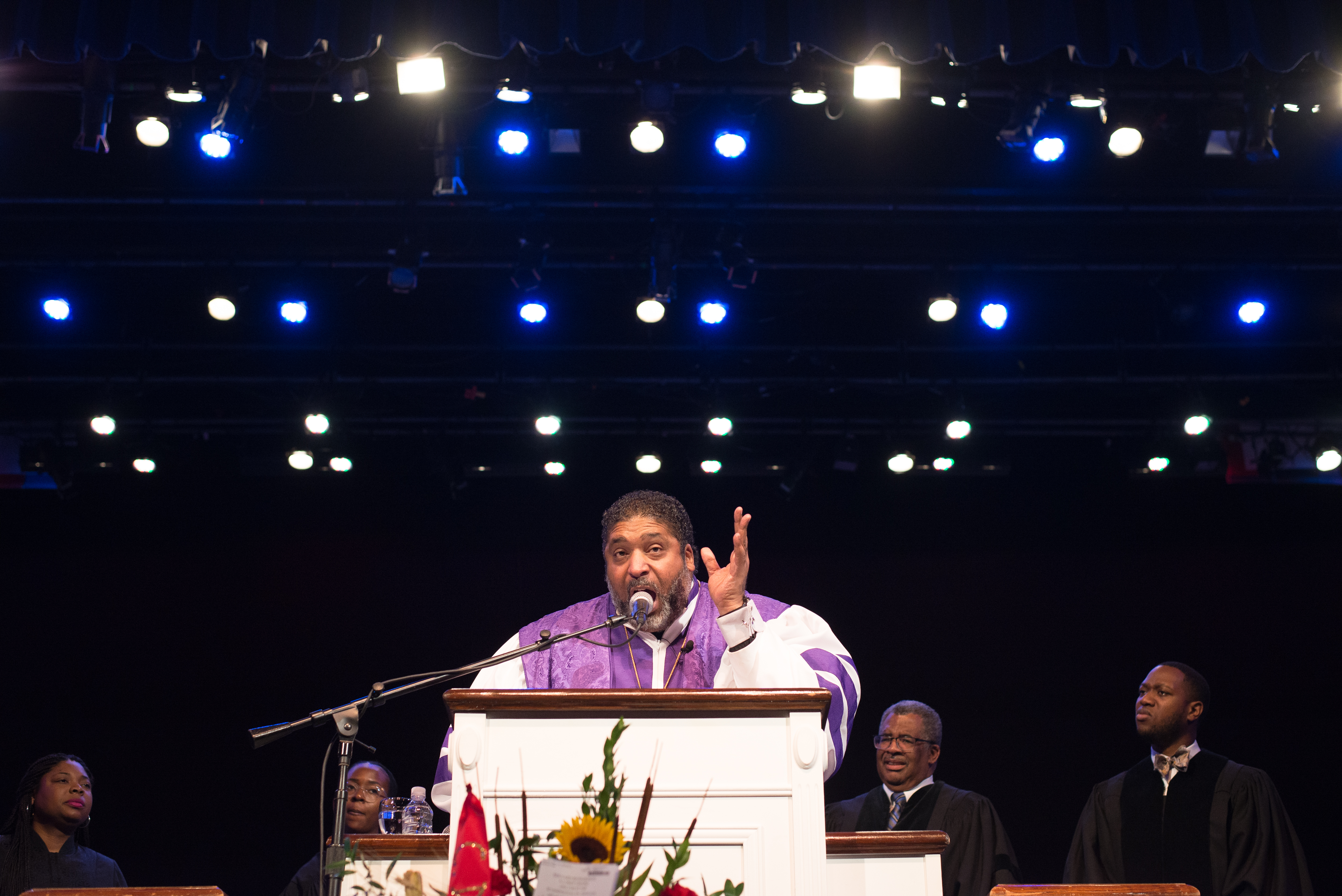 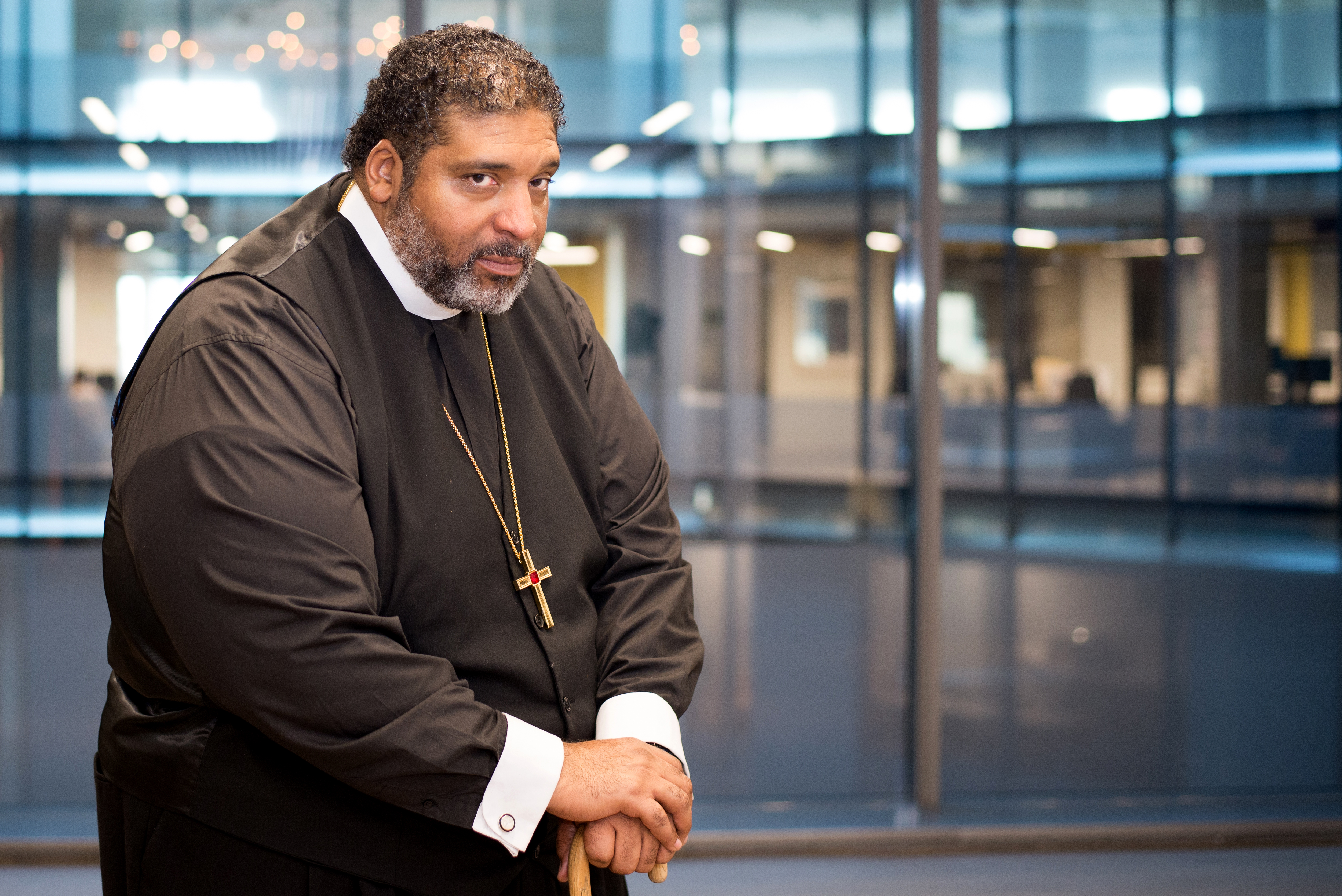 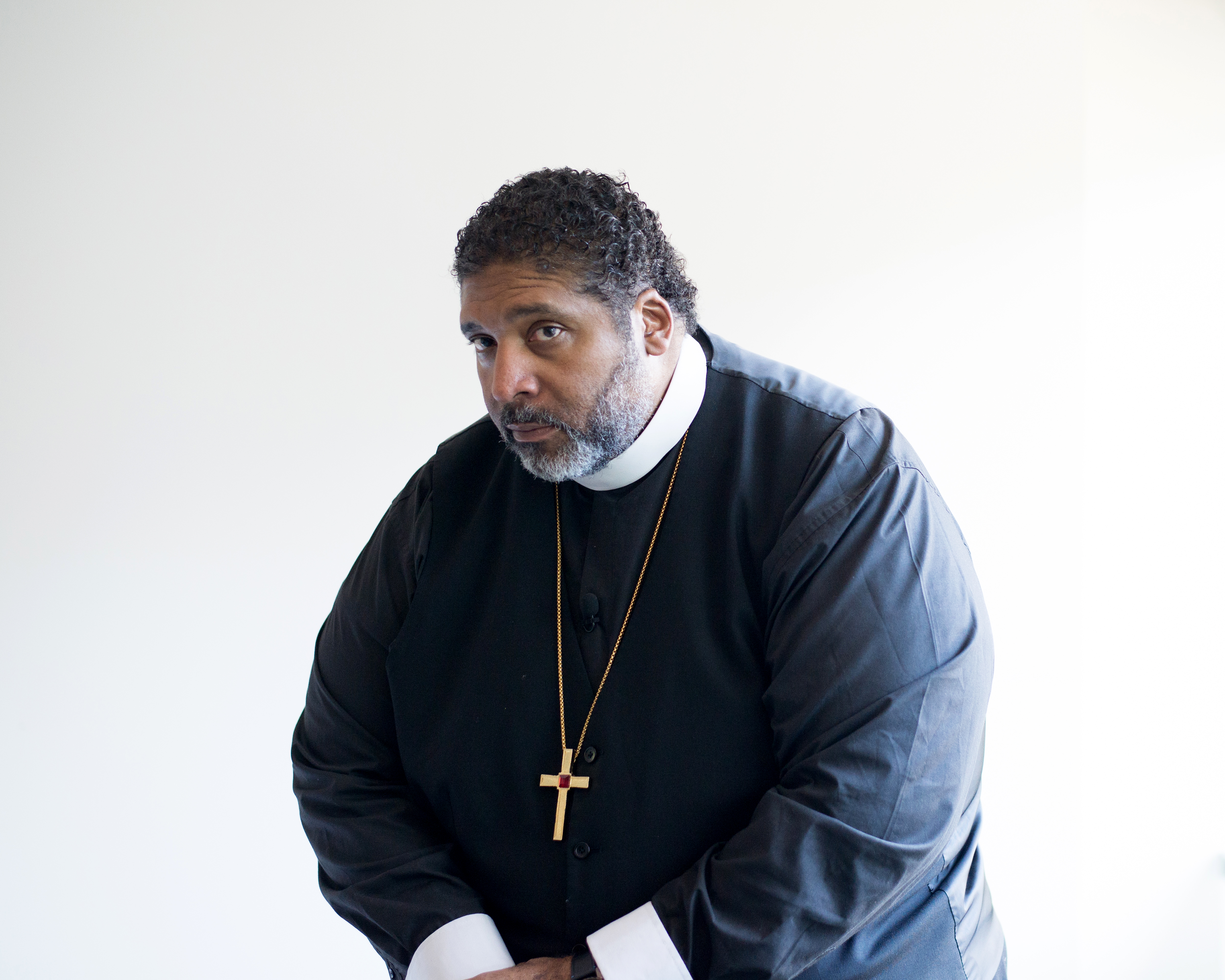 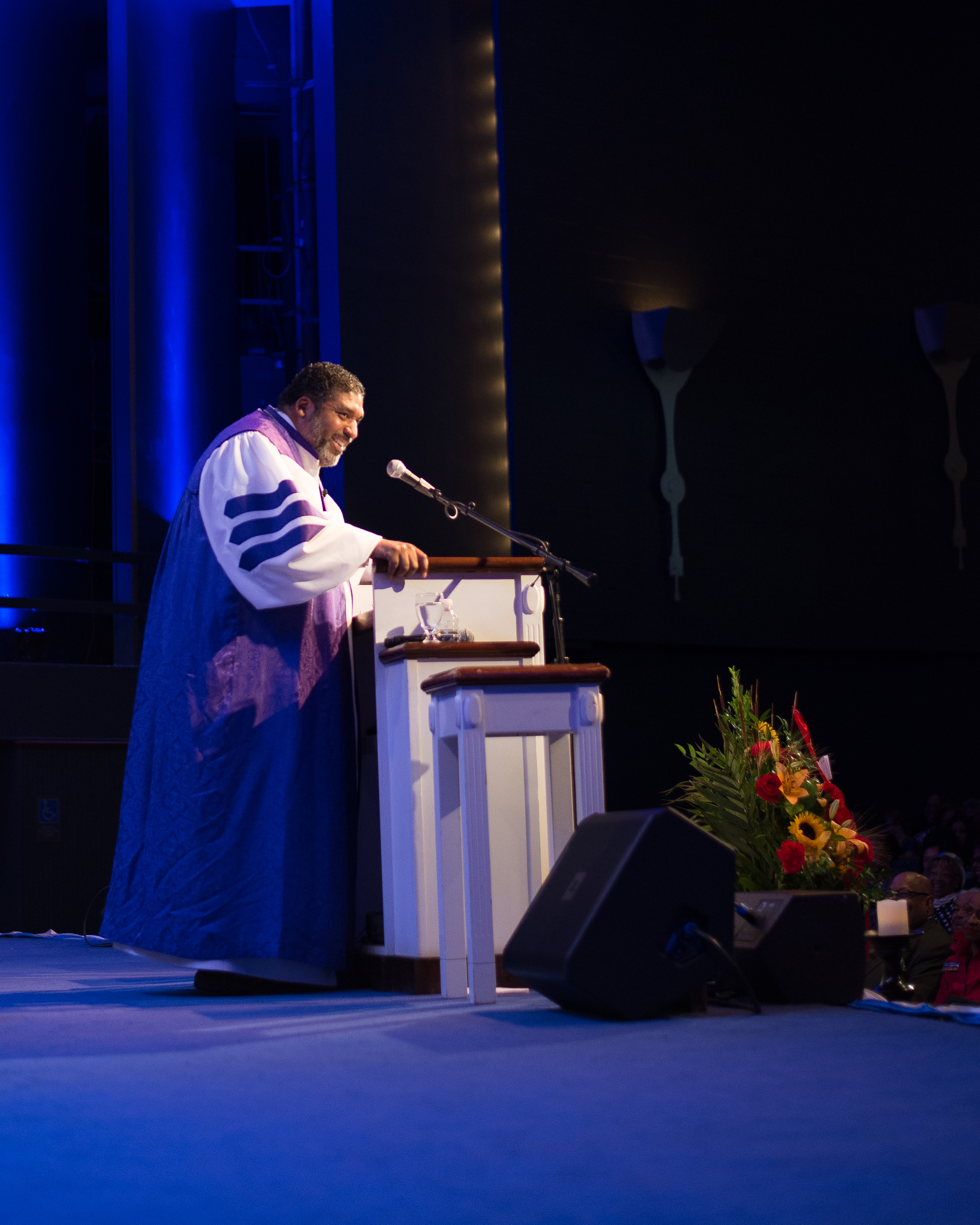 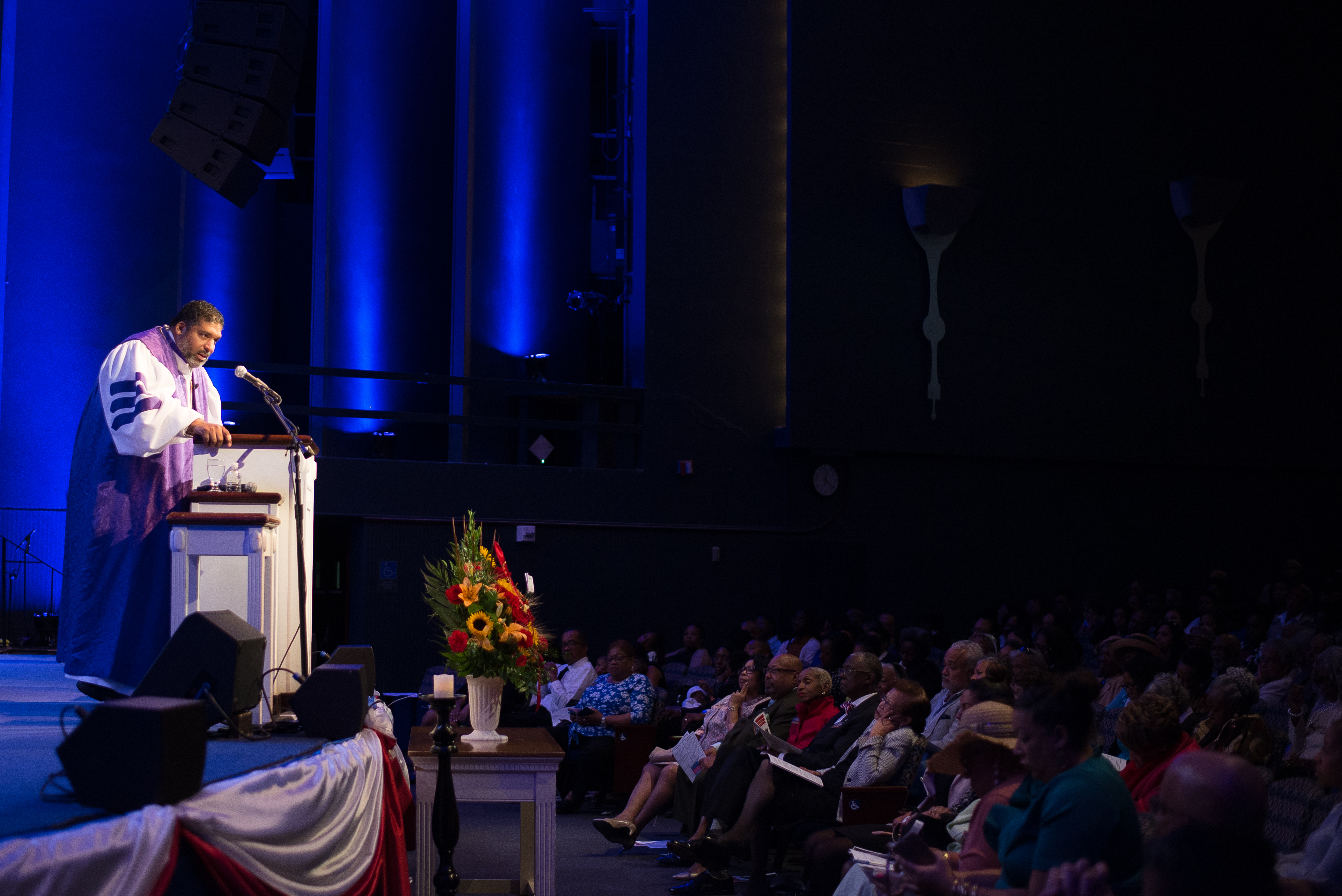 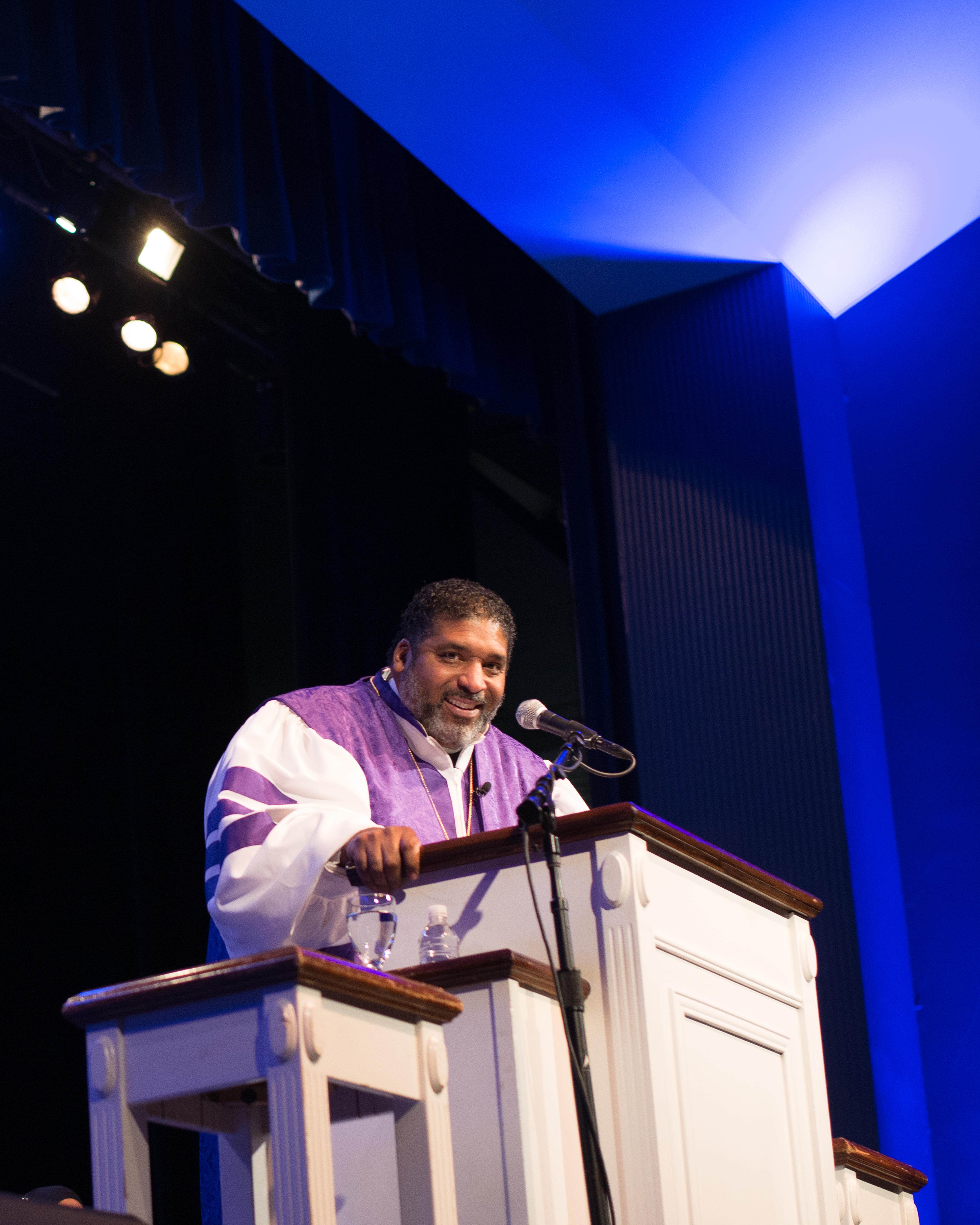