Expanding the expressive potential of the figurative tradition in works that engage contemporary social issues and restore cultural significance to the representation of the human form. 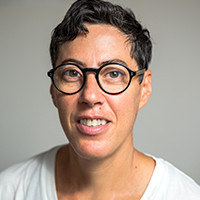 Nicole Eisenman is an artist who is expanding the critical and expressive capacity of the Western figurative tradition through works that engage contemporary social issues and phenomena. Over the course of nearly four decades and working across various media, including painting, sculpture, drawing, and printmaking, Eisenman has restored to the representation of the human form a cultural significance that had waned during the ascendancy of abstraction in the twentieth century.

She draws on narrative and rhetorical modes—including allegory and satire—to explore such themes as gender and sexuality, family dynamics, and inequalities of wealth and power. At the same time, she stages dialogues with artists from the past, both by referencing specific works and by employing stylistic and thematic approaches derived from art historical movements. In a series of paintings of beer-garden scenes (2008­– ), for example, Eisenman updates Renoir’s tableaux of bourgeois leisure, replacing the nineteenth-century French characters that populate Renoir’s originals with a dense, New York crowd. The Triumph of Poverty (2009) presents a complex allegory of contemporary economic conditions. Eisenman’s skill as a painter of imaginative compositions is evidenced not only through the array of social types represented but also through the bold contrasts of color that inject the work with emotional and psychological intensity.

As a draftswoman, Eisenman deftly conveys the weight and movement of the human body through skillful manipulations of line and shading. In her print Man Holding His Shadow (2011), she uses lithography, a medium at one remove from the artist’s hand, to reflect on the limits of representation while maintaining her painterly style of mark making. More recently, she has brought her wry, intelligent vision to sculpture, proving that she is equally adept at imagining and shaping forms in three dimensions. In her challenging engagement with the human figure and investigation of social meaning, Eisenman is developing new conventions of figuration to address enduring themes of the human condition. 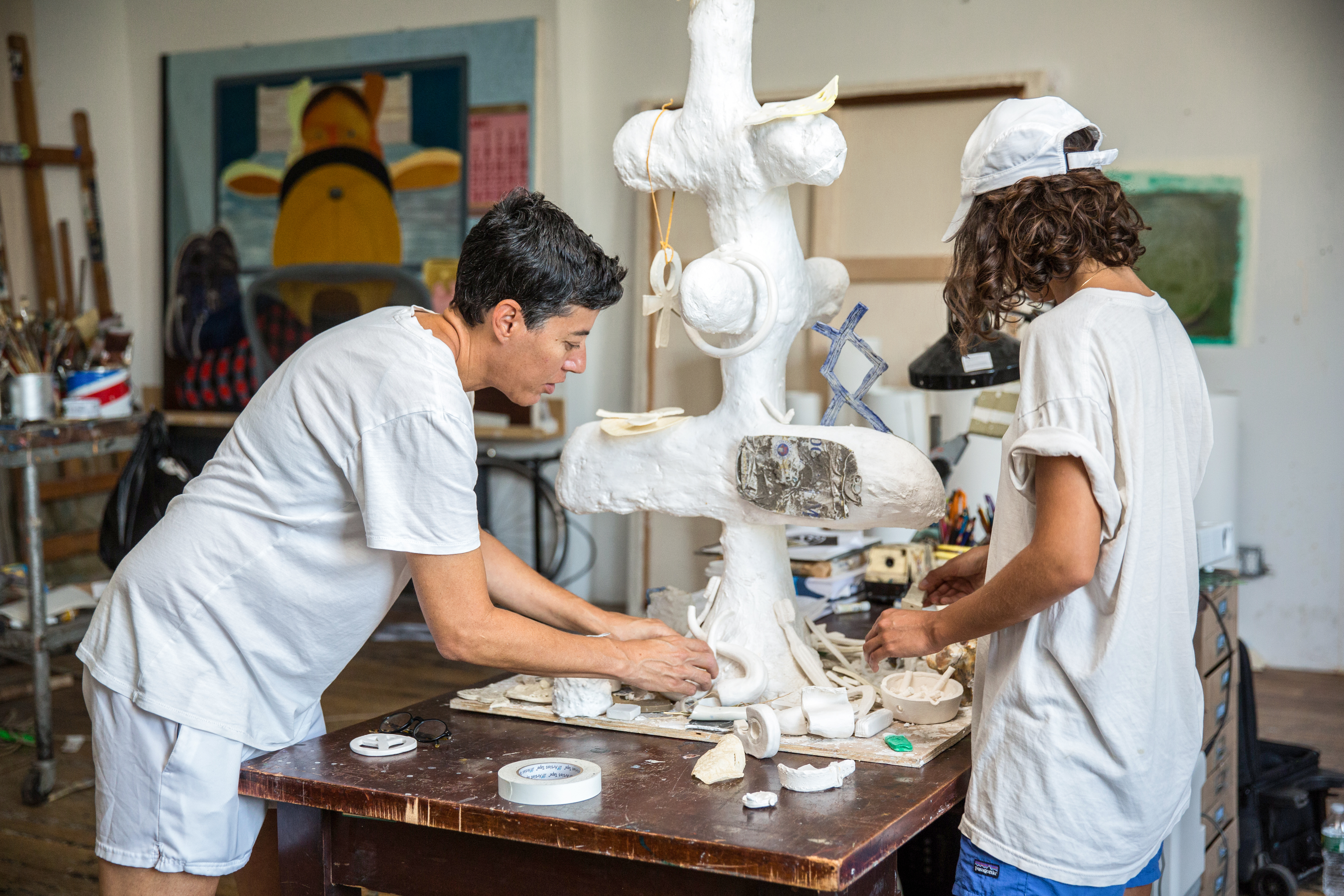 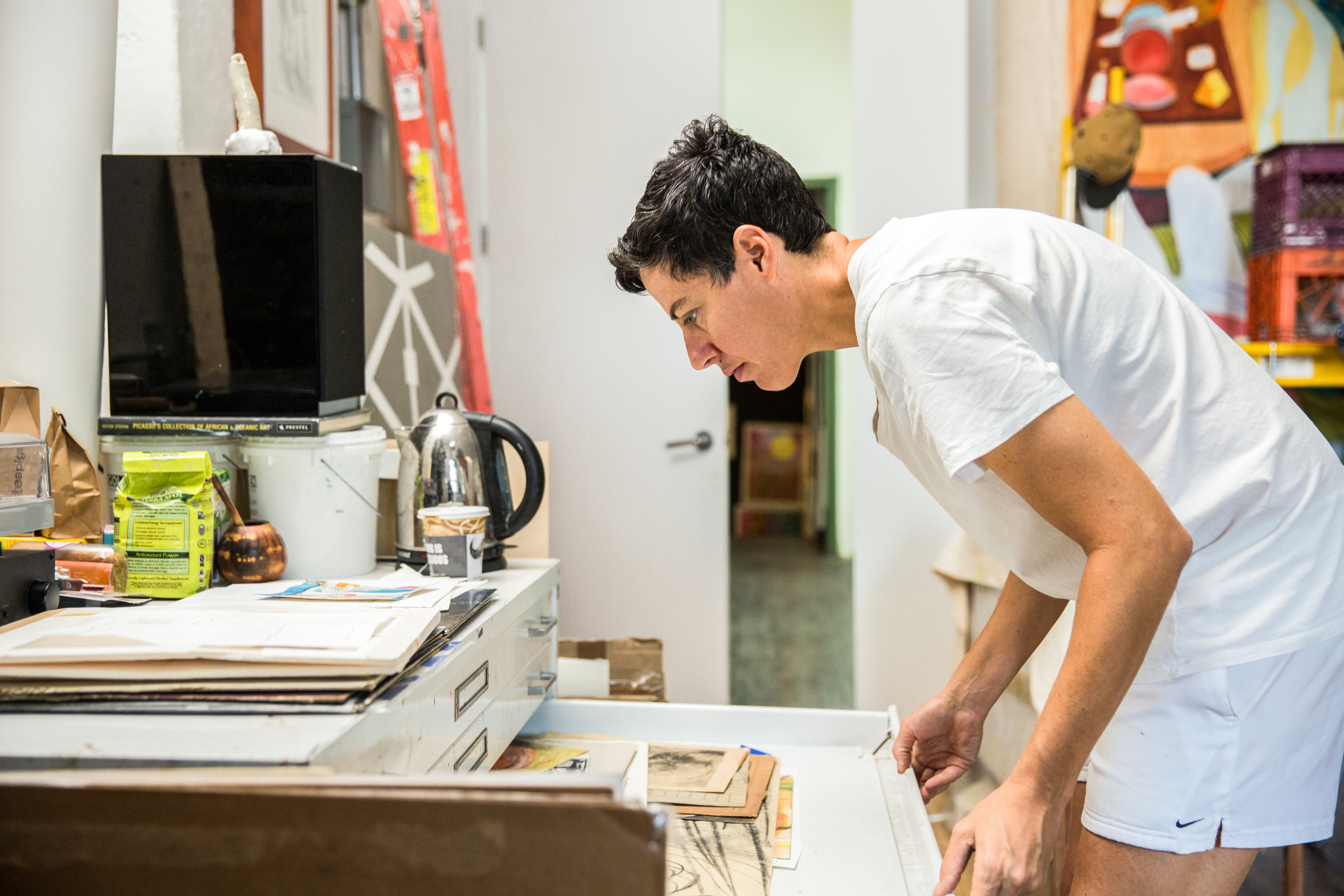 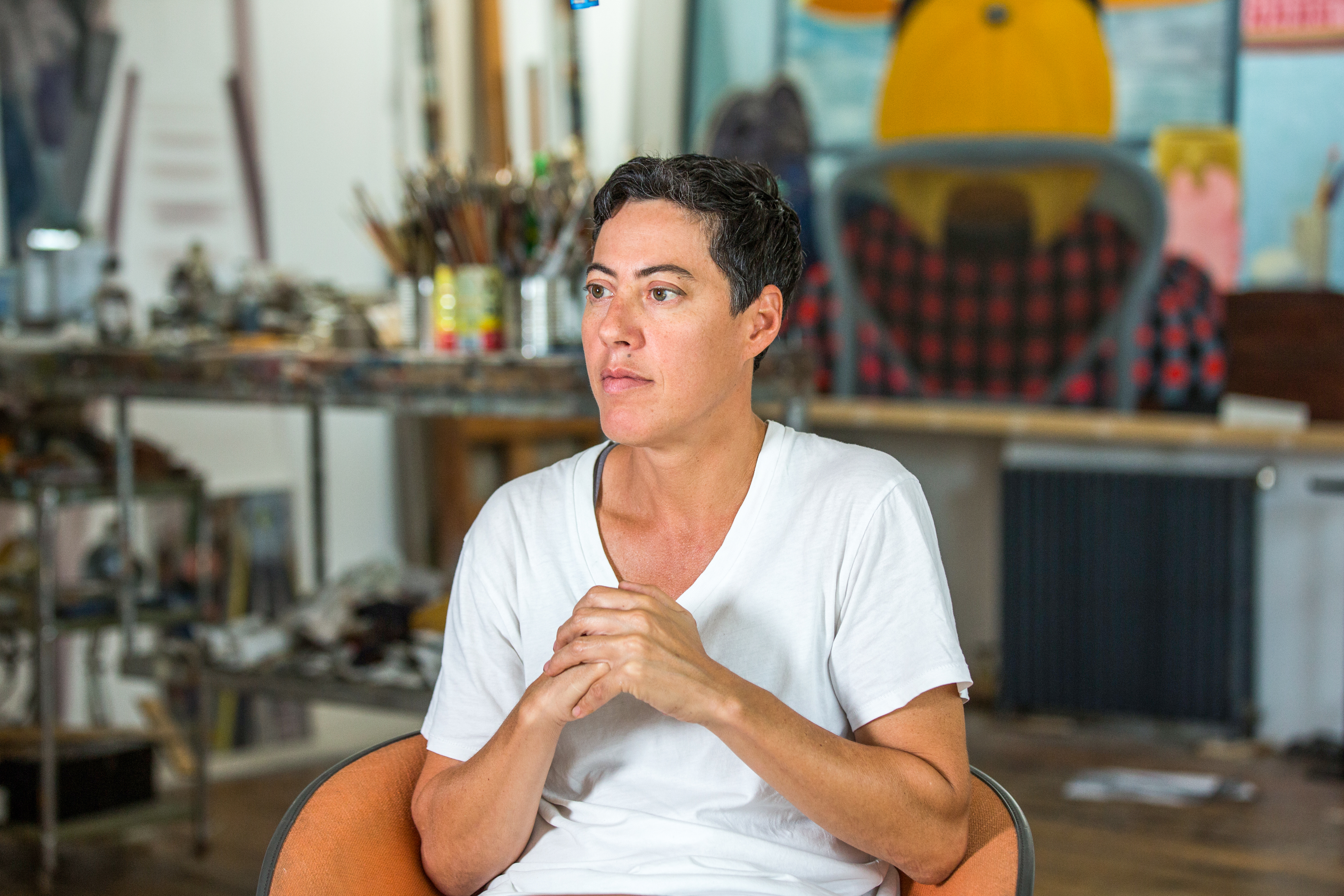