Linking optics, condensed matter, and quantum mechanics in research that enhances our ability to detect and quantify gravitational radiation. 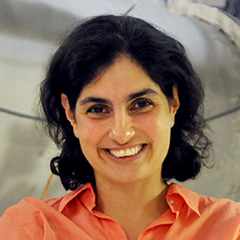 Nergis Mavalvala is a physicist whose research links the world of quantum mechanics, normally apparent only at the atomic scale, with some of the most powerful, yet elusive, forces in the cosmos. Although predicted by General Relativity Theory, gravitational waves—fluctuations in space-time curvature that propagate as waves in a pond—are very difficult to observe directly. As a graduate student, Mavalvala developed a prototype laser interferometer for detecting gravitational waves. This early work led to the identification of an important stabilization principle that was later incorporated into the design for the Laser Interferometer Gravitational-Wave Observatory (LIGO), a collaboration among scores of physicists and currently the most sensitive observatory of its kind. Mavalvala’s more recent research focuses on minimizing, if not circumventing, barriers imposed by quantum physics on the precision of standard optical interferometers. One strategy she uses is to cool the macroscopic components of the device (i.e., the mirrors) into a coherent quantum state; such components, large enough to see without magnification, exhibit bizarre quantum properties previously observed only at the atomic level. Applying strategies such as this at the scale of the LIGO instruments (i.e., kilogram-scale mirrors separated by kilometers) has the potential to boost significantly the sensitivity of the device. Through this and other technically challenging, unconventional approaches, such as squeezed coherent states and optical springs, Mavalvala is making fundamental contributions to physics at the intersection of optics, condensed matter, and quantum mechanics. Her experimental advances are enhancing our ability to detect and quantify gravitational radiation with still greater precision, data that may be critical to incorporating gravitation within a unified theory of the basic forces in the universe.

Nergis Mavalvala received a B.A. (1990) from Wellesley College and a Ph.D. (1997) from the Massachusetts Institute of Technology. Prior to her appointment to the faculty of the Department of Physics at M.I.T. in 2002, she was a postdoctoral fellow (1997­–2000) and research scientist (2000–2002) at the LIGO Laboratory at the California Institute of Technology. 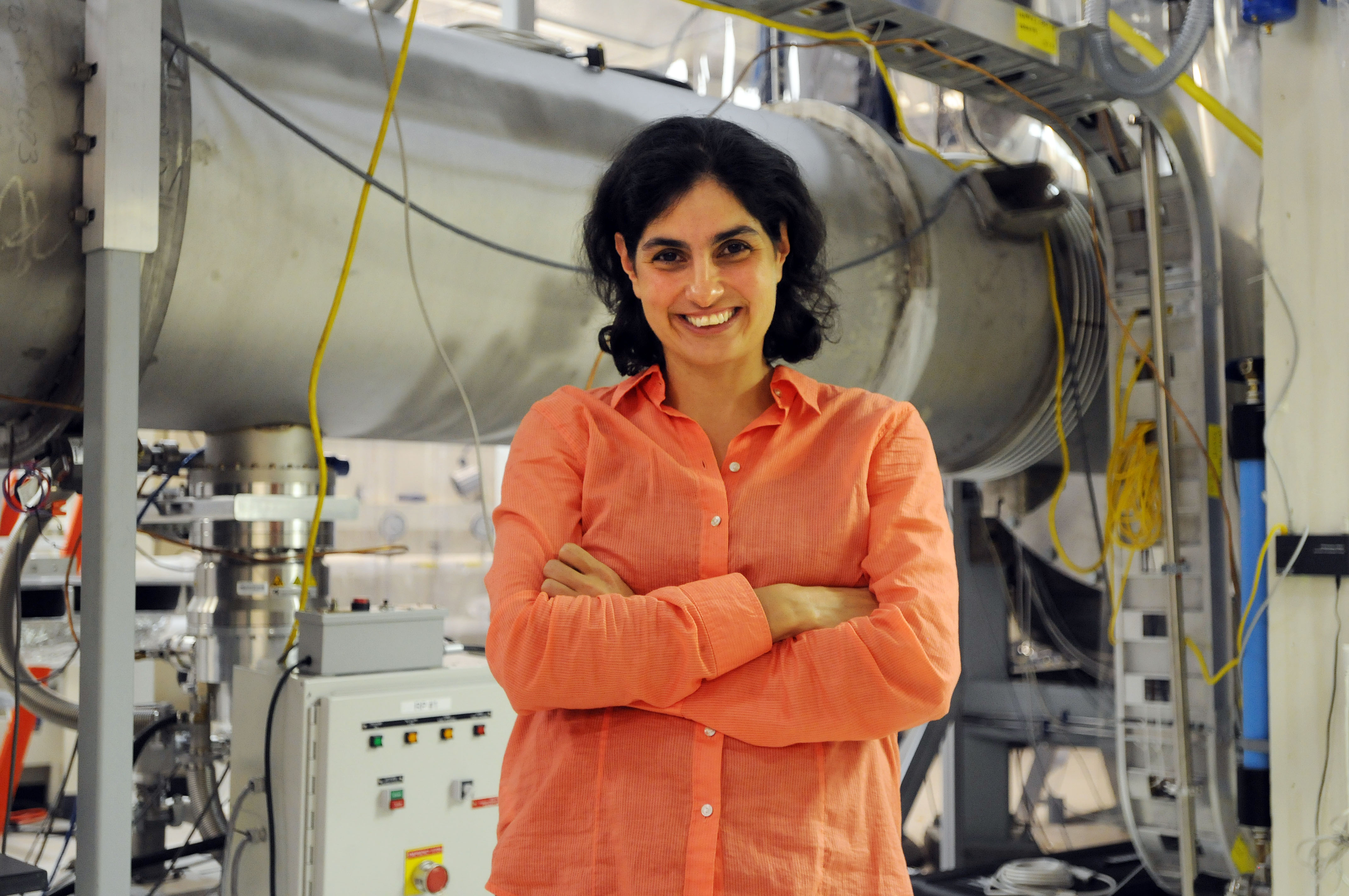 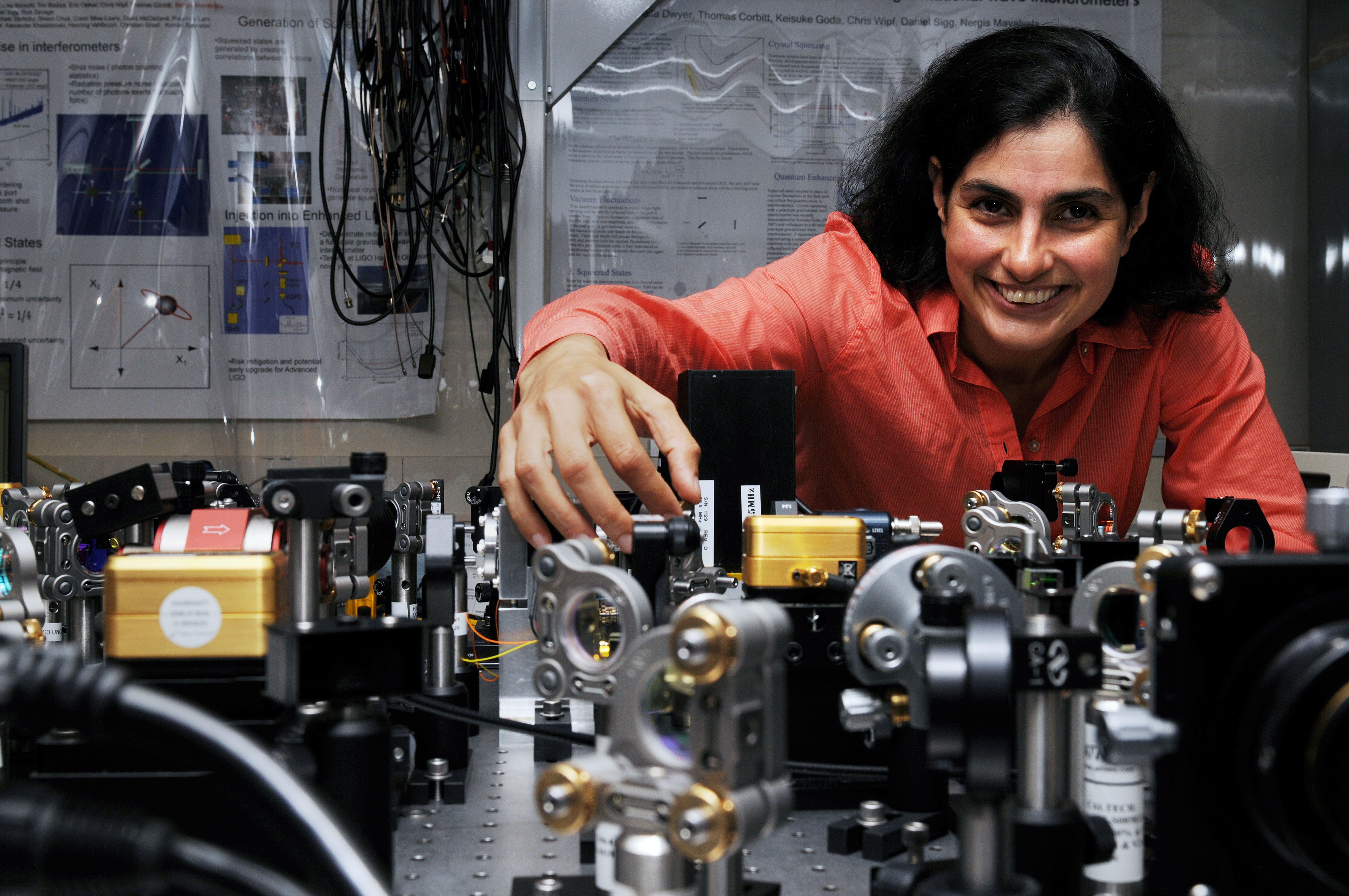 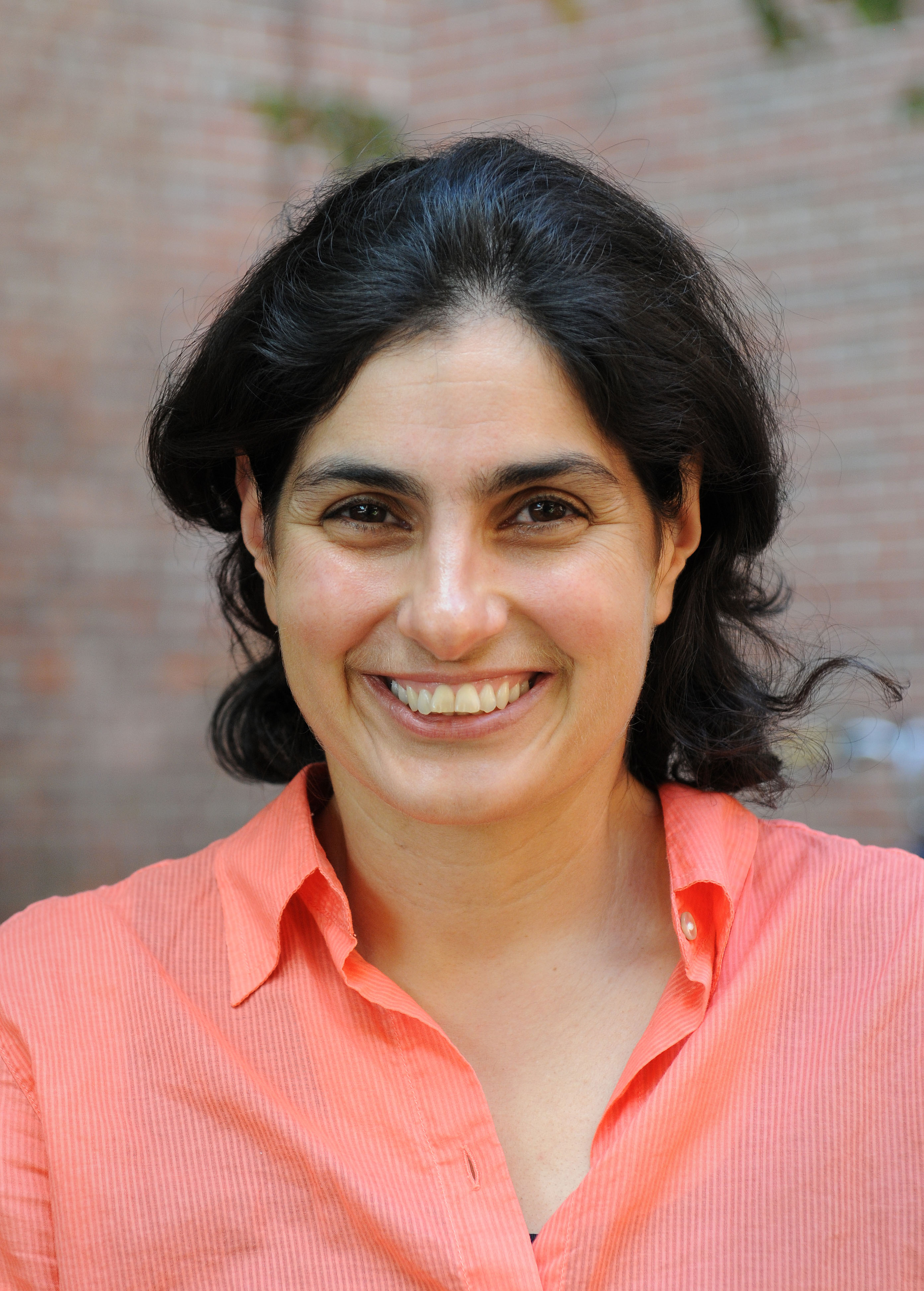