Transforming treatment for the seriously ill into more humane and effective care. 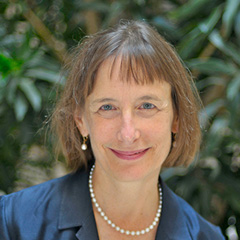 Diane Meier is a geriatrician who is shaping the field of palliative care and making its benefits available to millions of Americans suffering from serious illness. While working as a geriatric physician at Mount Sinai Medical Center in New York, she recognized that modern medicine’s focus on curing disease and prolonging life failed to treat the physical and psychological distress of patients in both early and advanced stages of serious illness. Her studies found that a high percentage of seriously ill patients in hospitals were experiencing limited communication between patients and clinicians, poor management of pain, and insufficient support and social services for family caregivers. To fill these voids, Meier established the Hertzberg Palliative Care Institute at Mount Sinai, a model program that assists patients and families in navigating the complexities of illness and devises strategies for managing pain and other symptoms, such as anxiety, depression, sleeplessness, and loss of appetite. While working as a clinician, she publishes widely on palliative care in major medical journals, develops guidelines and national quality standards for the field, and educates the general public through the media about this emerging area of medicine. Meier also directs the Center to Advance Palliative Care, an organization affiliated with Mount Sinai that provides technical guidance to hospital staff — physicians, nurses, social workers, and administrators — in creating, structuring, and financing new palliative care programs throughout the United States. As the aged population rapidly increases, Meier is addressing an urgent medical and social need and transforming treatment for the seriously ill into more humane and effective care.

Diane Meier received a B.A. (1973) from Oberlin College and an M.D. (1977) from Northwestern University’s Feinberg School of Medicine. She completed her residency (1978-1981) at Oregon Health and Science University. Since 1983, she has been affiliated with the Mount Sinai School of Medicine and Medical Center, where she currently serves as a professor of geriatrics and internal medicine, director of the Hertzberg Palliative Care Institute, and director of the Center to Advance Palliative Care.

Diane Meier was named one of “20 People Who Make Healthcare Better in the United States” by HealthLeaders Media in 2010 and was elected to the Institute of Medicine of the National Academy of Sciences in 2013. She received an honorary Doctorate of Science from Oberlin College in 2010. Dr. Meier served as one of Columbia University’s Health and Aging Policy Fellows in Washington, DC, during the 2009–2010 academic year, working both on the Senate’s HELP (Health, Education, Labor and Pensions) Committee and the Department of Health and Human Services.