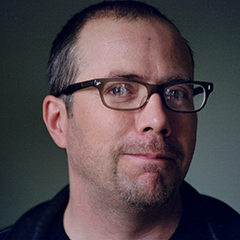 Iñigo Manglano-Ovalle is an artist using photography, video, sound, and sculpture to create works that illuminate our notions of personal identity and community. Manglano-Ovalle’s art has focused on universal issues of identity, class, and the role of the individual in a multiethnic, technologically changing society. In The Garden of Earthly Delights, a series of triptychs composed of digitized images of DNA samples, he reveals striking similarities and differences among the biological blueprints of acquaintances and family members. In other installations, Manglano-Ovalle incorporates the architecture of Mies van der Rohe as a visual metaphor for modernity, privilege, and authority. Le Baiser (The Kiss) speaks to issues of isolation and attachment imposed equally by contemporary architecture and the barriers of social class.

Iñigo Manglano-Ovalle received a B.A. (1983) from Williams College and an M.F.A. (1989) from the School of the Art Institute of Chicago. He is an associate professor at the School of Art and Design in the College of Architecture and the Arts at the University of Illinois, Chicago. His solo exhibitions include Woofer (1997), The Garden of Earthly Delights (1998), Sonambulo II (Blue) (1999), and Climate (2000). He has also participated in numerous group exhibitions, including the Transmute (1999) and the Whitney Biennial (2000).