Classicist and Political Scientist | Class of 2001 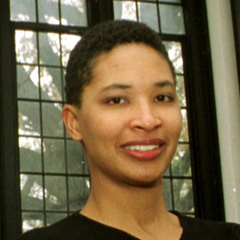 Danielle Allen is a political theorist whose work spans the fields of classics, philosophy, and political theory, providing important perspectives on contemporary issues of race and politics. In her book, The World of Prometheus (2000), Allen examines the theory and practice of punishment in classical Athens as it affected both the intellectual elite and ordinary citizens, and as it contrasts with contemporary institutions and conceptions of punishment. Her second book, Talking to Strangers: Anxieties of Citizenship Since Brown vs. the Board of Education (2004), takes the events in Little Rock, Arkansas, and the landmark decision of 1954 as a starting point for an analysis of democratic politics that focuses on the roles that sacrifice and trust play in democratic life.