Revealing the impact of eviction on poor families and the role of housing policy in sustaining poverty and racial inequality in large American cities. 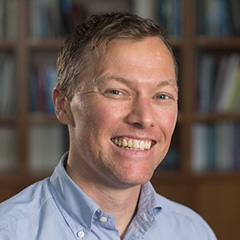 Matthew Desmond is a social scientist and ethnographer revealing the impact of eviction on the lives of the urban poor and its role in perpetuating racial and economic inequality. In his investigations of the low-income rental market and eviction in privately owned housing in Milwaukee, Desmond argues persuasively that eviction is a cause, rather than merely a symptom, of poverty.

He created the Milwaukee Area Renters Study, examined court records, and conducted extensive ethnographic fieldwork to construct a vivid picture of the remarkably high rates of eviction and the ways in which it disrupts the lives of low-income African Americans, in particular. His findings indicate that households headed by women are more likely to face eviction than men, resulting in deleterious long-term effects much like those caused by high rates of incarceration among low-income African American men. He also captures how landlords, local government, and city police interact with tenants, as well as the constrained choices and lack of agency suffered by low-income renters. For example, Desmond exposed the fact that women reporting domestic violence in Milwaukee were often evicted—the result of a local ordinance that classified such reports as “nuisance calls.” The ordinance has since been reconsidered, and Milwaukee has changed its policy of fining landlords whose tenants repeatedly called the police. The American Civil Liberties Union has challenged similar policies elsewhere.

Desmond is also taking a fresh look at the survival strategies of struggling families, overturning the longstanding assumption among policymakers that the destitute turn to extended kin for assistance. Today, poor families often form intense, but brief relationships with strangers, creating a network of “disposable ties” to meet pressing needs. As Desmond brings his findings beyond academic circles in editorials and his forthcoming book, Evicted: Poverty and Profit in the American City (2016), he is shedding light on how entrenched poverty and racial inequality are built and sustained by housing policies in large American cities.

Matthew Desmond received two B.S. (2002) degrees from Arizona State University and an M.S. (2004) and Ph.D. (2010) from the University of Wisconsin at Madison. He was a Junior Fellow at the Society of Fellows at Harvard University (2010­–2013), before joining the faculty of Harvard’s Department of Sociology and Committee on Degrees in Social Studies in 2012. In addition to publishing articles in such journals as American Journal of Sociology and American Sociological Review, he is the author of the award-winning book, On the Fireline (2007), coauthor of Race in America (2015) and The Racial Order (2015), and editor of the forthcoming inaugural issue of RSF: Russell Sage Foundation Journal of the Social Sciences, on the theme of severe deprivation.