Breaking down legal barriers based on sexual orientation and gender identity to equal treatment under the law for all, and working to secure the freedom to marry for same-sex couples and the protections, obligations, and dignity marriage affords. 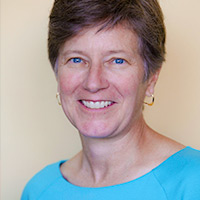 Mary L. Bonauto is a civil rights lawyer whose powerful arguments and long-term legal strategies have led to historic strides in the effort to achieve marriage equality for same-sex couples across the United States. The Civil Rights Project Director at Gay & Lesbian Advocates & Defenders(GLAD) since 1990, much of her early work focused on adoption and parenting, censorship, hate crimes, and discrimination in jobs and public accommodations.

Mindful of the risks of loss and political backlash when social reform litigation advances ahead of public understanding, Bonauto and her GLAD colleagues initially pursued an incremental, state-based strategy to secure government marriage licenses for same-sex couples in the New England states. Bonauto and Vermont colleagues formed a critical partnership in 1997, which is widely acknowledged as a pivotal time and place to challenge a state’s exclusion of gay and lesbian couples from marriage. The Vermont Supreme Court’s ruling in Baker v. Vermont (1999) was the first to hold that same-sex couples must be provided all of the same protections and obligations provided to married couples, and the state legislature established the first civil union law in the nation in 2000 to comply with that ruling. GLAD’s subsequent filing of Goodridge v. Department of Public Health in Massachusetts, relying again on state constitutional guarantees of equality and liberty, resulted in the 2003 landmark decision that made that state the first to extend marriage equality to same-sex couples. Bonauto’s constitutional arguments in Goodridge articulated the breadth of the practical and social harms imposed by the state’s exclusion on real families and their children. In defending the marriage ruling from attempts to substitute civil unions, she drew on painful lessons from our nation’s past, most notably the history of unjust “separate but equal” doctrines as substitutes for racial and gender equality, and the Massachusetts high court was the first to reject civil unions as a substitute for marriage. The Goodridge ruling, the transformative effect of same-sex couples marrying on the public’s views, and subsequent legal (in Connecticut), legislative (in Vermont, Maine, and New Hampshire), and ballot-based (in Maine) victories all provided a solid foundation and roadmap for future strategies across the nation, including at the federal level.

In 2009, Bonauto led a team from GLAD and private law firms in the first strategic challenge to section three of the federal Defense of Marriage Act (DOMA) and argued that the federal government’s non-recognition of the lawful and rapidly growing number of marriages unconstitutionally denied same-sex couples more than 1,000 federal protections and obligations usually available to married persons. Her case—Gill v. Office of Personnel Management—provided the first federal court wins in challenges to DOMA (in 2010 and 2012 rulings), and served as an important model for United States v. Windsor, the landmark case that ultimately resulted in the U.S. Supreme Court striking down DOMA in 2013 and on which she served as a strategist and external coordinator of friend-of-the-court briefs. In the name of equal treatment and dignity for all people, and in concert with other litigators and advocates across the country, Bonauto is breaking down legal barriers based on sexual orientation and influencing debates about the relationship between the law and momentous social change more broadly.

Mary L. Bonauto received a B.A. (1983) from Hamilton College and a J.D. (1987) from Northeastern University School of Law. She has been the Civil Rights Project Director at the Boston-based Gay & Lesbian Advocates & Defenders (GLAD) since 1990. Since 2013, she has been the Shikes Fellow in Civil Liberties and Civil Rights and Lecturer on Law at Harvard Law School.