Transforming our understanding of the roles that grit and self-control play in educational achievement. 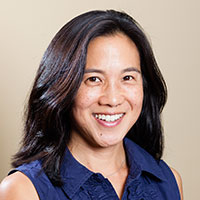 Angela Duckworth is a psychologist whose studies are clarifying the role that intellectual strengths and personality traits play in educational achievement. Duckworth’s work primarily examines two traits that she demonstrates predict success in life: grit—the tendency to sustain interest in and effort toward long-term goals—and self-control—the voluntary regulation of behavioral, emotional, and attentional impulses. A major difference between the two qualities is that grit equips individuals to pursue especially challenging aims over years and even decades, while self-control operates at a more micro timescale in the battle against what could be referred to as “hourly temptations.”

In her early work, Duckworth and colleagues devised empirical measures of grit and self-control in both children and adults and established their predictive validity for a number of dimensions of success. They found that these traits predict objectively measured success outcomes, even when controlling for cognitive ability. For example, in prospective longitudinal studies, grit predicts final ranking at the Scripps National Spelling Bee, persistence at the U.S. Military Academy at West Point, and graduation from Chicago public high schools over and beyond standardized achievement test scores; likewise, self-control predicts report card grades and improvements in report card grades over time better than measured intelligence.

More recently, in pioneering research showing that children can learn and practice strategies for internalizing self-control, Duckworth has turned intuitions about self-regulation into scientifically informed, highly practical approaches to teaching and learning. Currently working to develop interventions that foster self-control in children and implement her research in real-world situations, Duckworth is providing an alternative to the focus on cognitive skills now dominant in American education practice and contributing significantly to a reevaluation of education policies in the United States.